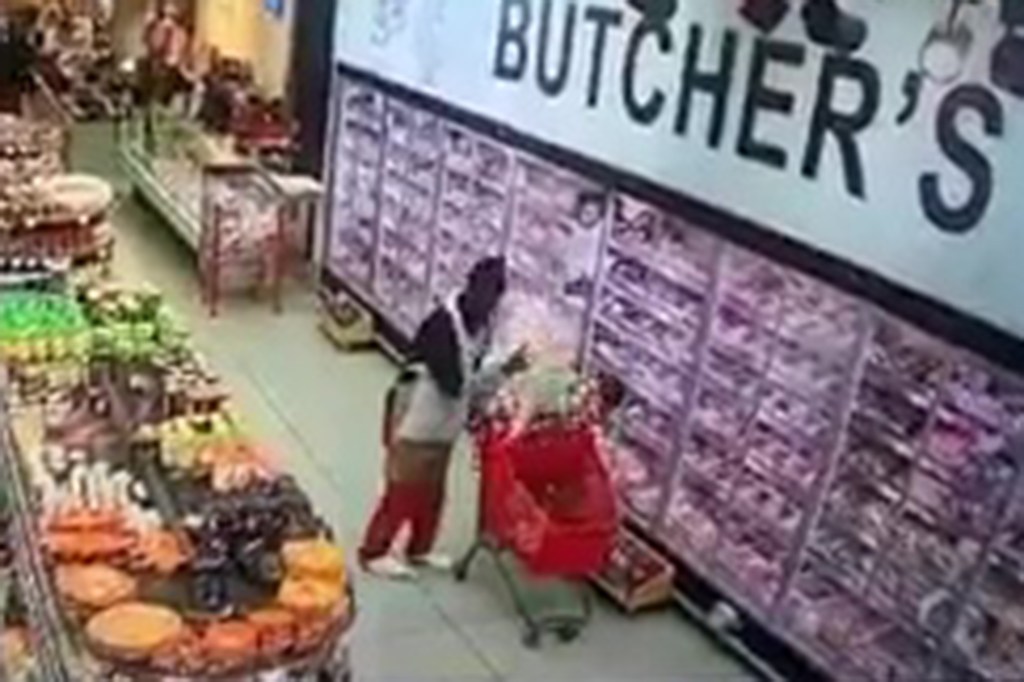 A South African supermarket worker has been arrested after he was caught on surveillance video brazenly grabbing an 8-month-old baby from a mother’s shopping cart.

The shocking ordeal took place last Sunday at a Superspar store in Alberton, just outside Johannesburg, when a mother and her daughter stood idly in front of a Butcher Alley fridge. The Alberton Record reported.

Surveillance footage, which has since gone viral, shows an employee wearing an apron slowly approaching the pair as the unsuspecting mother peeks into the fridge.

Just seconds after the mother bent down to pick up the items, the 43-year-old employee was caught on camera calmly pulling the girl out of the shopping cart and walking away.

The terrified mother chased the employee moments later, when she realized her daughter was missing, the footage shows.

The employee was seen crawling and trying to explain his actions as the mother cradled her baby.

“He’s smiling and laughing, telling me he walked past the trolley and my daughter’s arms were up, so he picked her up,” she wrote. “I tell you it’s not funny. You don’t touch the child, you don’t take the child. It’s not a joke and I don’t find it funny.”

The mother added that the store manager “advised that he meant no harm.”

Police arrested the man on charges of attempted kidnapping, while the store said the employee has been suspended.

The supermarket chain later issued a statement saying it was “extremely relieved” that the kidnapping attempt had been foiled and that it was cooperating with the police investigation.

“SPAR is reaching out to the family for any help they need, including group counselling,” a spokesperson said.