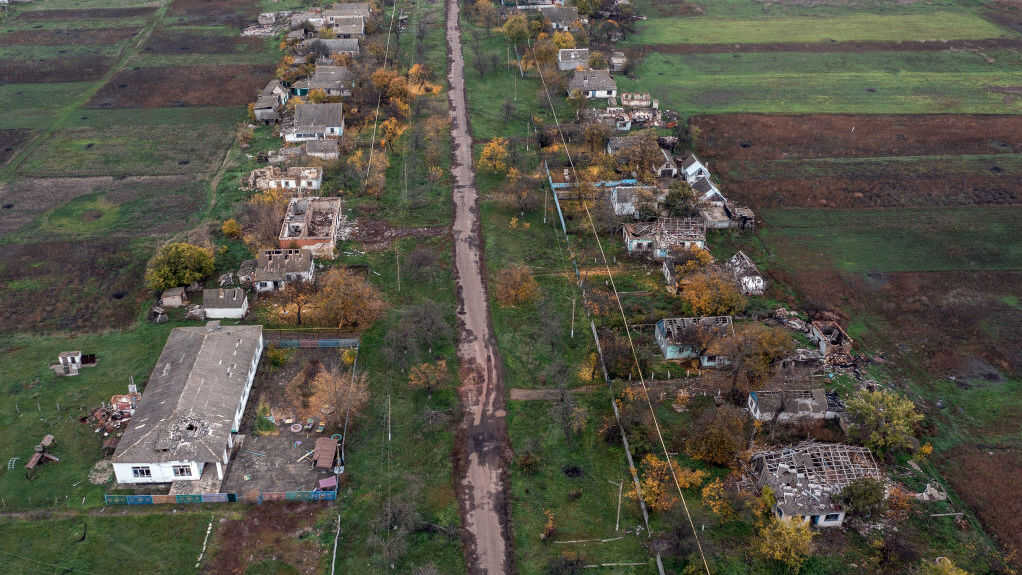 Buildings damaged by fighting between Ukrainian and Russian occupying forces on October 30 line a street in the village of Kherson, Ukraine.

Buildings damaged by fighting between Ukrainian and Russian occupying forces on October 30 line a street in the village of Kherson, Ukraine.

Moscow and KYIV – Ukrainian troops entered the southern city of Kherson after Russia confirmed it had withdrawn its forces from the strategic city in a major blow to President Vladimir Putin’s war in Ukraine.

Russian Ministry of Defense said in a statement On Friday the remaining troops moved out of Kherson to the east bank of the Dnipro River with “not a single piece of military equipment or weapons” remaining on the other side.

Ukraine’s Defense Intelligence Agency later confirmed that Ukrainian forces had entered the city of Kherson. “Khersan is coming back under Ukrainian control and Ukrainian troops are entering the city,” the agency wrote A Facebook post.

The agency called on Russian soldiers abandoned by their military leadership and still in Kherson to surrender – offering to guarantee that their rights would be protected in the “I want to live” program.

“Your commanders ordered you to put on civilian clothes and try to escape from Kherson independently. Obviously, you will not succeed,” the Ukrainian statement said.

Declared Russian retreat During the report The area’s only bridge across the Dnipro was destroyed. Videos shared online showed a large section of the bridge being completely cut off. Russian and Ukrainian officials blamed each other for the damage.

Earlier this week, the commander of Russia’s forces in Ukraine, General Sergei Surovikin, proposed. There is a plan to withdraw From Kherson during a report to Russian Defense Minister Sergei Shoigu on national television.

In carefully worded remarks, Surovikin called the decision to withdraw to the eastern bank of the Dnipro River “difficult,” but one that would allow Russia to save the lives of military personnel and preserve Russia’s combat capabilities.

The initial announcement was made Skepticism from the Ukrainian governmentwhich had previously expressed concern that the withdrawal of Russian forces from the city of Kherson could be a ploy by the Kremlin to lure Ukrainian forces into the city.

Ukrainian Defense Minister Oleksiy Reznikov told Reuters In an interview on Thursday He believed it would take “at least a week” for Russian troops to leave the city, and that Moscow still had about 40,000 troops in the region.

Russian retreat There is a lot of trust A blow to Putin’s war effort in Ukraine – a view underscored by the Russian leader’s continued silence on his pullback.

It was the first and only major city since Russian troops invaded in February.

In September, Putin presided over a grand Kremlin ceremony to which he illegally added The vast Kherson region and three other Ukrainian regions in the Russian Federation – lands now claimed by Russia as “permanent”.

Although Kherson has been relinquished by Ukrainian forces, Kremlin spokesman Dmitry Peskov insisted that Russia still retains a legitimate grip on the region. “There can be no changes here,” Peskov said.