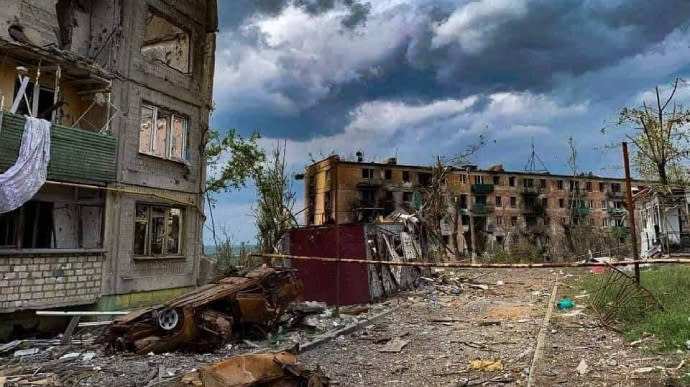 Serhii Haidai, the head of Luhansk Oblast’s military administration, said every kilometer of Luhansk Oblast the Russian occupying forces were able to capture suffered heavy losses. In addition, the armed forces of Ukraine have expelled Russians from two villages, Spirane and Serebrynka, located in Donetsk Oblast, near the administrative border between the two oblasts.

Details: Haidai said that Russian forces are continuing their efforts to capture the entire territory of Luhansk Oblast so that they can inform their military and political leaders of this success. Fighting is going on around the clock in the oblast.

Quote from Haidai: “Having captured the city of Lysichensk relatively quickly, the enemy can no longer advance short of the city’s perimeter. They are taking a scorched-earth route and will suffer significant losses for every kilometer they can. Capture

The occupiers attempted to launch an offensive operation near Spirne and Serebrinka, two villages in Donetsk Oblast, near the administrative border of Luhansk Oblast. Our armed forces opened fire on the Russian forces and forced them to retreat.

The same situation was repeated on seven other occasions [the Russians] Tried to attack from different directions. The battle is going on on two axes.”

For more information: The Luhansk Oblast military administration stressed that Russian planes carried out airstrikes near 10 towns and villages in Luhansk Oblast on August 13. Russia also carried out missile attacks on the oblast.

On the night of August 13, Russian artillery units used tubed and rocket artillery to shell towns and villages in Luhansk Oblast a total of 15 times.