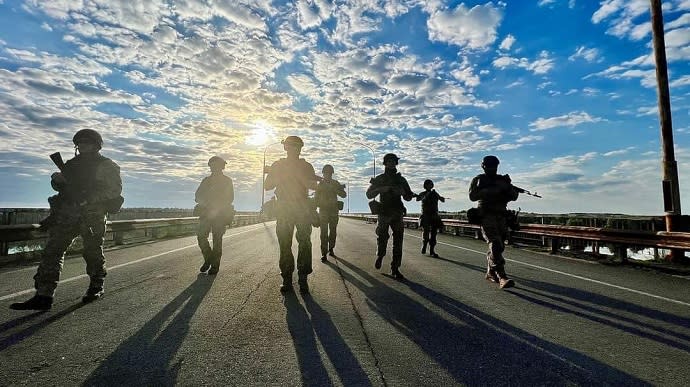 Ukrainian forces intercepted Russian attacks and forced the enemy to retreat along the Slovianske, Bakhmutske, Avdivka and Novopavlivske fronts.

Details: Russian troops used tube artillery to fire on the settlements of Lyut, Iskryskivshchyna and Bilovody in Sumy Oblast.

They carried out an offensive operation on the Tykhotsk – Dolina axis, were unsuccessful, suffered losses and retreated.

above In front of Bakhmut, the Russians began probing the Ukrainian front line, firing artillery and tanks near Toretsk, Bakhmutske, Bilohorivka, Kurdiyumivka, Vasilivka, Zaitseve, and Zhaliz. They carried out airstrikes near Soledar village. Russian troops launched offensives towards Soledar and Kodema, were unsuccessful and retreated.

To improve their strategic situation, the invaders engaged in offensives towards Pisci and Pervomaiske, but were unsuccessful and retreated.

Ukrainian soldiers neutralized a reconnaissance group of invaders near the village of Vremyvka. Russian troops attacked towards Pavlivka, were unsuccessful and retreated.

Two carriers of Kalibr sea-launched cruise missiles are on standby [in the Black Sea – ed.] to use their precision-guided weapons.