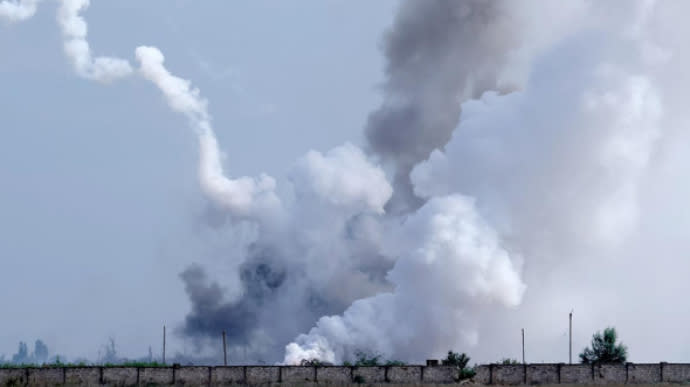 Ukraine’s armed forces have deemed the explosions in the Zankoi district of temporarily occupied Crimea as “non-compliance with fire safety regulations”.

Source: Yuriy Ihnat, spokesman for the Ukrainian Air Force, answers questions at a briefing on August 16

Quote: “There is an official position of the government of Ukraine, the highest military leadership… The Russian enemy does not know how to comply with fire safety measures. But the whole of Ukraine is happy about it. Zankoi is another airfield where the enemy has concentrated. Helicopters and other military equipment.

According to a video seen in open sources, we see an explosion of ammunition… We hope that the enemy will thus get rid of the equipment and personnel of the aircrew (as happened at Saki Airfield)…”

Details: According to Ihnat, it is still too early to consider Russian losses, but he suggested that Ukrainian intelligence already has some data that will not be made public.

However, satellite images of the scene of the incident usually appear after some time, the Ukrainian Air Force spokesman added.