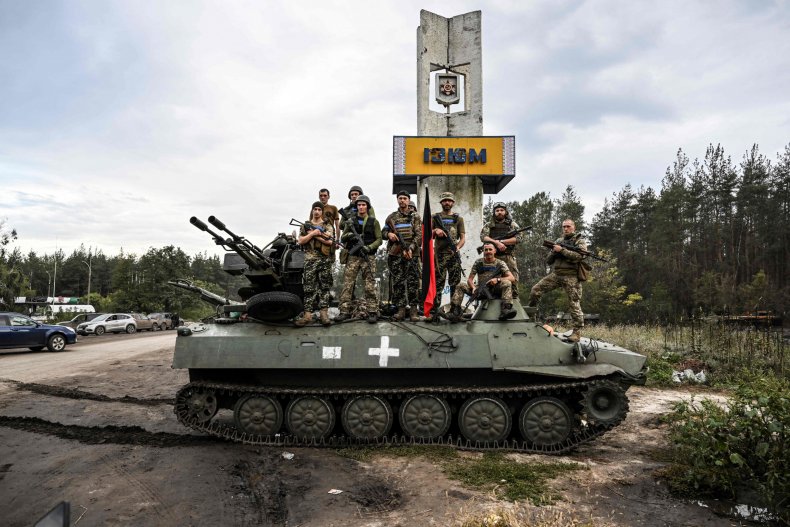 According to a Ukrainian official, Ukrainian forces have trapped Russian forces across the Dnipro River in a bid to recapture territory in the south.

Russian President Vladimir Putin On February 24, it launched its “special military operation” against the Eastern European country, hoping for a quick victory. However, Ukraine responded with stronger-than-expected defenses, which have prevented Putin’s forces from achieving any significant targets in the nearly seven-month conflict.

In recent weeks, Ukraine’s successes have allowed it to launch its own counteroffensive to recapture previously held territory in the country’s south and east. A counterattack near Kharkiv, Ukraine’s second largest city, caught the Russians by surprise, forcing them to withdraw from major cities such as Izium.

A second counteroffensive in the southern city of Kherson, strategically located near Crimea, a region seized by Russia in 2014, has made slow progress since it began in August. Russia and Ukraine continue to battle for control of the region, with British intelligence suggesting that Moscow is now stepping up attacks on civilian infrastructure. During the loss.

However, some Russian troops now find themselves “sandwiched” between Ukrainian forces and the Dnipro River, Natalia Humenyuk, who heads the joint press center of the southern Ukrainian defense forces, said during a televised appearance at the Ukrainian parliament. Channel on Monday.

“The fire control that we do on the crossings and traffic arteries across the Dnipro they understand that they are sandwiched between the defense forces and the units in this part of the right bank – Kherson region,” she said, according to The New. Voice of Ukraine.

She added that Russian troops were given the option to leave “under the auspices of international humanitarian law” or return to their homes.

According to The New Voice of Ukraine, Humenyuk also said she had received information that Russian troops were demoralized and some did not feel the need to stay stuck with Ukrainian forces on the Dnipro River.

Humenyuk’s comments come a day after Britain’s Ministry of Defense said Russia was facing massive disruptions. Civil infrastructure targets increased Strikes against Ukraine’s electricity grid are included “in an attempt to directly demoralize the people and government of Ukraine.”

The Kremlin has continued to target Ukrainian power plants in recent days. Ukrainian troops on Monday Video released Showing the exact moment a Russian missile exploded about 900 feet from the Pivdennoukrainsk nuclear power plant. The attack comes against the backdrop of already existing fears that Russian attacks on nuclear power plants could lead to a nuclear disaster in Ukraine.