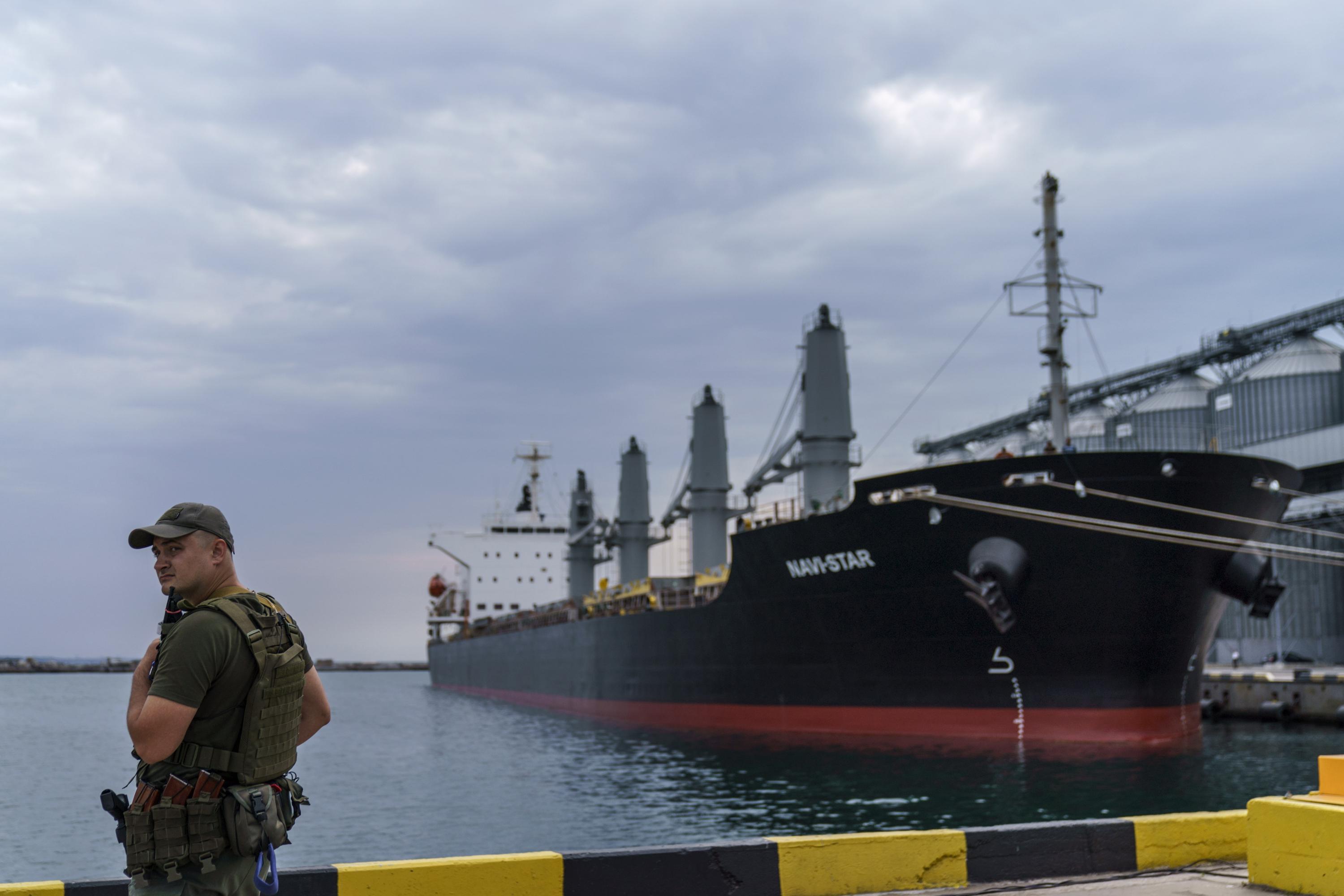 With great fanfare, ship after ship laden with grain left Ukraine After nearly six months stuck in the country’s Black Sea ports. More quietly, a parallel wartime agreement met Moscow’s demands to open the way for wheat to the world.Also, boosting an industry vital to Russia’s economy, which is mired in widespread sanctions.

While the US and its European allies work to crush Russia’s economy With a net of penalties for invading Ukraine, they have avoided sanctioning its grain and other goods that feed people around the world.

Russian and Ukrainian wheatBarley, corn and sunflower oil Important for countries in Asia, Africa and the Middle East, where millions of people depend on subsidized bread for livelihood. The war raised food and energy pricesMillions of people have been pushed into poverty or very close to starvation.

Two agreements brokered by the UN and Turkey In the past month, they have relied on each other to unblock food supplies: one protects Ukrainian grain export ships from the Black Sea, and the other assures Russia that its food and fertilizer will not face sanctions.Protecting one of the pillars of its economy and helping to ease the worries of insurance companies and banks.

The agreement allowed a Western ship to move two containers of grain from Russia within a few weeks. This would take months because Western banks refused to transfer payments to Russia. Although US and European Union sanctions do not directly target Russian agricultureWestern banks are wary of obstructing access to Russian grain buyers and shippers.

“You have to spend time explaining the whole thing to the banks because the authority says, ‘Go ahead, no clearance,’ but the banks give their own clearance,” said Gaurav Srivastava, whose company buys, ships and sells Harvest Commodities. Grains of the Black Sea region.

He called the process with banks a “labour intensive exercise”.

What has changed in recent weeks, Srivastava said, is “the nature … of a ceasefire between all parties.”

The deal is important for Russia as it is the world’s largest wheat exporter, accounting for nearly a fifth of global shipments, and the country expects to have its best crop season this year. According to the World Bank, agriculture accounts for about 4% of Russia’s gross domestic product.

Agriculture provides 5-6 million Russian jobs, with some regions almost entirely dependent on it for their livelihoods, he said.

Srivastava, whose company operates from Los Angeles and Geneva, hopes to ship 10-15 million tonnes of Russian grain in the coming year.

He is also able to evacuate two chartered vessels stuck in Ukrainian ports Since the start of the war on 24 February. He said the company was aiming to lift 1 million tonnes of grain from Ukraine under the four-month UN deal.

“We are a commercial business, but we are trying to help the plight of farmers in both Russia and Ukraine,” Srivastava said. “I’m very optimistic, especially in the last few weeks.”

Russia’s demands for a deal include public statements from the US and the EU that the sanctions do not target Russian food and fertilizers. It also raised issues related to financial dealings with the Russian Agricultural Bank, access to ports for Russian-flagged vessels and the export of ammonia required for fertilizer production.

A week before Russia signed the deal, the US Treasury Department issued statements with such assurances. That Explained Washington had not imposed restrictions on the sale or transport of agricultural products or medicine from Russia.

The The EU also reiterated Russian agriculture has not been sanctioned and the war and the Kremlin’s agricultural export caps meant to protect its domestic market have blamed global increases in food prices. The 27-nation bloc has said its sanctions provide exceptions, such as allowing EU countries to enter ports for Russian-flagged ships to trade agricultural or food products.

The country’s agriculture ministry says difficulty in supplying imported farm equipment, which does not have direct approval, also threatens grain harvest. Domestic needs will be met, but exports may be affected, it said.

Even after the agreement was signed, Russian Foreign Minister Sergei Lavrov scorned Western promises to exempt agriculture. From approval. During a diplomatic tour of Africa Focusing on food exports, he said “a half-truth is worse than a lie” while noting the chilling effect of sanctions.

Meanwhile, Russian and Ukrainian grains are more critical to preventing hunger in developing countries. S&P Global Commodity Insights said in a June report that 41 million tonnes of Russian wheat could be available for export this year.

But overall, the 2022-2023 harvest is expected to produce 12.2 million tonnes less wheat and 19 million tonnes less maize than last year, said Arnaud Petit, executive director of the International Grains Council. This is partly due to the war in Ukraine and the famine in Europehe said

A strong U.S. dollar and inflation could force some countries to import food grains, Pettit noted, adding that some countries are imposing export controls. This may affect the availability of grains in sub-Saharan Africa and the Middle East.

Raf Cassert contributed to this report from Brussels.