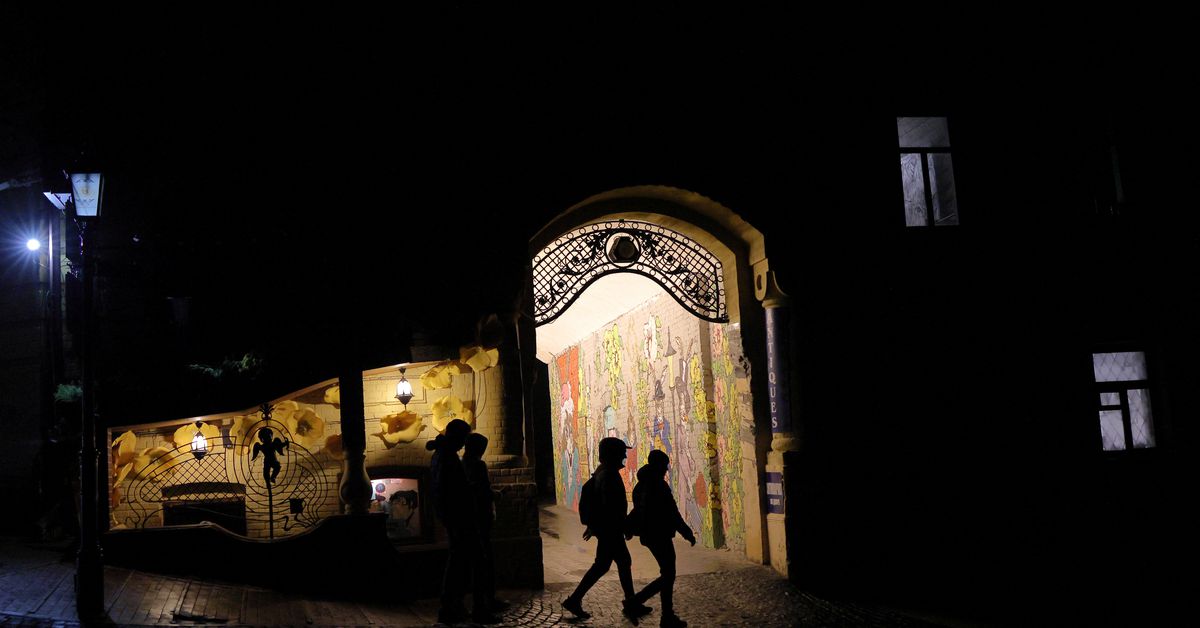 In regular nightly remarks, Zelensky said Russia was “concentrating forces and means for a possible repeat of large-scale attacks on our infrastructure. First of all, energy.”

More than 4.5 million customers were already without power, he added, amid concerns that support for Ukraine could wane as the war’s impact on energy and food prices lingers into the winter.

News of those contacts followed reports that Washington was urging Kiev to signal openness to talks with Russia.

Mykhailo Podoliak, an adviser to the president, said earlier on Twitter that Ukraine would “stand up” to Russian attacks on its energy infrastructure, using air defenses, protecting infrastructure and optimizing use to do so.

The country faced a 32 percent unconfirmed shortfall in power supply on Monday, Sergey Kovalenko, chief executive of Yasno, which supplies the capital, said on his Facebook page.

The warning came as Kyiv Mayor Vitali Klitschko urged residents to “take everything into account”, including a worst-case scenario where the capital loses power and water.

Residents should consider “spending some time” with friends or family outside the city, he said in a televised interview on Saturday, in which he accused Russian President Vladimir Putin of deliberately targeting civilian infrastructure.

“His job is to make us die, freeze or drive us away from our land so he can get it. That’s what the aggressor wants to achieve,” Klitschko added.

In the south, Russia and Ukraine continued to exchange accusations as Ukraine advanced on the city of Kherson. Reuters could not immediately verify battlefield accounts from either side.

Regional Governor Yaroslav Yanushevich said Russian forces destroyed about 1.5 km of power lines and cut off supplies to the city of Berislav.

“There will likely be no electricity in Berislav until it is completely out of business,” Yanushevich wrote on the Telegram messaging app, adding that Kherson’s power lines had also been destroyed.

On Sunday, Russian news agencies said shelling by Ukrainian forces damaged Ukraine’s massive Russian-controlled Nova Kakhovka dam, upstream of Kherson on the Dnipro River. He did not provide any supporting evidence and Reuters could not immediately verify the report.

Russian state-owned TASS quoted an emergency services representative as saying that a rocket fired by a US-made HIMARS missile system hit the dam’s lock, damaging it.

The official called the incident an “attempt to create a humanitarian disaster” by breaching the dam.

The Wall Street Journal said Sullivan had confidential conversations with Kremlin aide Yuri Ushakov and Russian Security Council Secretary Nikolai Patrushev in recent months that have not been publicly disclosed.

Few high-level contacts between US and Russian officials have been made public in recent months, as Washington insists that any talks on ending the war in Ukraine must take place between Moscow and Kyiv.

The White House declined to comment on the report, responding only to National Security Council spokeswoman Adrienne Watson with a statement: “People make a lot of claims.”

On Saturday, the Washington Post said the United States was privately encouraging Ukraine to signal openness to negotiations with Russia, as the State Department said Moscow was escalating the war and was not serious about participating in peace talks.

The paper cited unnamed sources as saying that the request by US officials was not aimed at pushing Ukraine to the negotiating table, but was a calculated effort to ensure that Kiev retained the support of other nations.

Zelensky on 4 Oct. Russia formally declared the possibility of Ukrainian talks with Putin “impossible” but left the door open to talks with Russia.

The White House’s National Security Council had no immediate comment on the accuracy of the report.

A State Department spokesman responded: “We’ve said it before and we’ll say it again: Actions speak louder than words. If Russia is willing to negotiate, it should stop its bombs and missiles and withdraw its troops from Ukraine.”