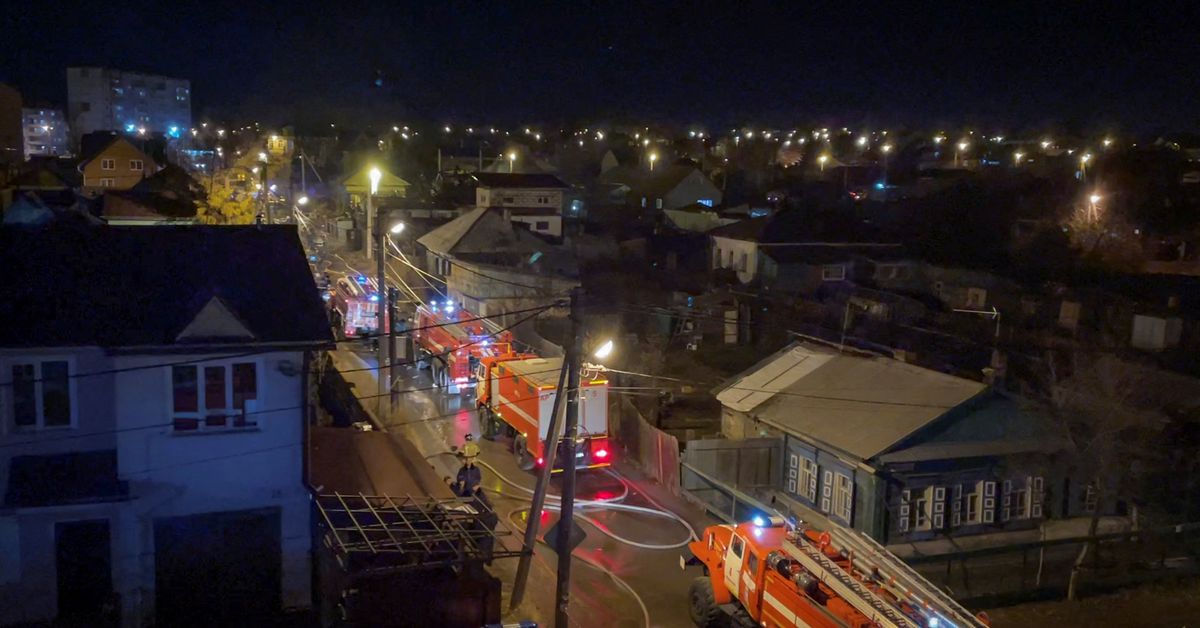 In a post on Telegram, Irkutsk Governor Igor Kobzev said the plane crashed into a two-story house in the city. He released a video showing firefighters clambering over the wreckage and directing water jets at the still smoldering debris.

No one on the ground was injured, the governor said.

Officials said the plane was a Sukhoi Su-30 fighter jet for a test flight. Last Monday, a Sukhoi Su-34 crashed into an apartment block in the southern city of Yesk near Ukraine, killing at least 15 people.

Officials said a preliminary investigation into the disaster – in which the pilot ejected – pointed to a technical fault with the plane.

Videos of Sunday’s incident, shared on social media, showed the plane turning almost vertically before crashing in a fireball, sending thick black smoke into the sky. Kobzev said about 150 homes were without electricity and work was underway to restore power.