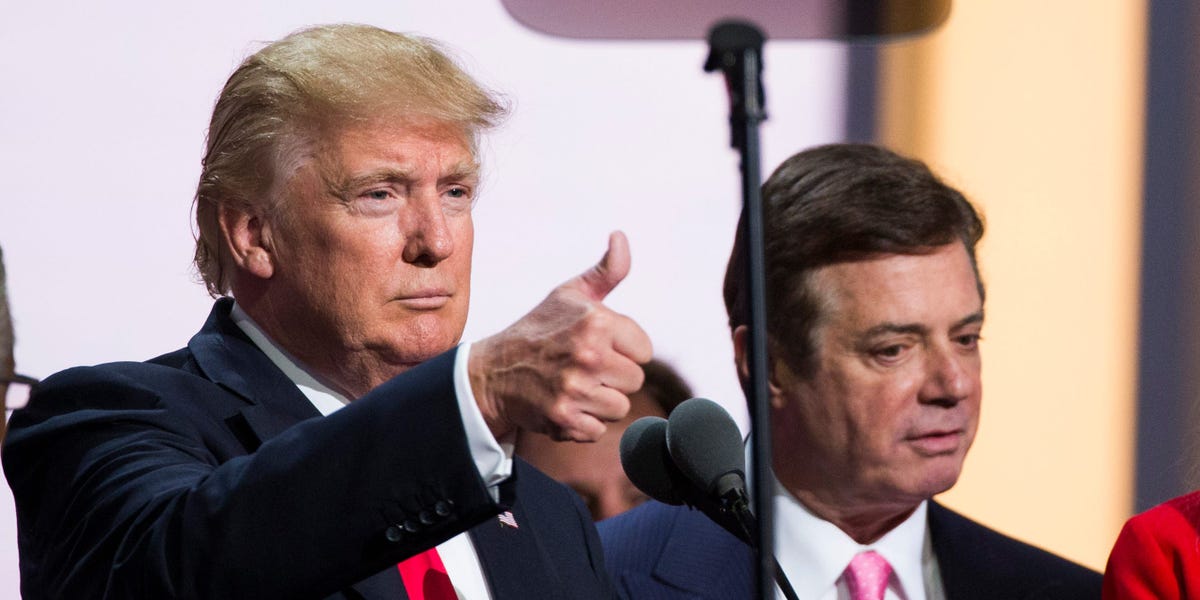 Former President Donald Trump called his former campaign chairman Paul Manafort after he pardoned him in 2020 and “became emotional at the end of the conversation,” Manafort claims in his upcoming memoir, “a political prisoner: tortured, prosecuted, but not silenced.”

Trump “cursed” Manafort and “thanked him for handling this crisis the way I handled it,” wrote Manafort, who was indicted during special counsel Robert Mueller’s investigation into the Trump campaign’s ties to Russia. “He said a lot of people would have caved to that pressure, but he always knew I had character.”

The longtime political consultant, whose memoir will be released Aug. 16, spent less than two years in prison after pleading guilty to federal tax fraud, bank fraud, failure to report foreign bank accounts, conspiracy to obstruct justice and conspiracy against the U.S. .

“‘You’re a man,'” Trump said, according to Manafort. “That’s what he kept saying. ‘You’re a real man. My friends have been calling all day saying how happy they are that I did this’.”

Manafort wrote that Trump began the conversation by saying, “I’ve wanted to do this for a long time,” and avoided asking why Trump hadn’t.

The Manafort pardon reignited long-burning questions about whether Trump was abusing his presidency Pardon power to undermine Russia investigation.

Manafort wrote that he felt he “deserved a pardon” because he shouldn’t be in prison and that his fellow inmates couldn’t understand why he didn’t get it sooner.

“For them, the worst criminal is not a lawbreaker but a rat,” he wrote. “For them, Trump should have made sure the family was taken care of — that I’m not in jail anymore. They’re going to ask me, ‘What’s wrong with him? Why aren’t you pardoned?’

Manafort told his family this Christmas that “Trump was Santa, and he gave me the best gift ever — my life back.”