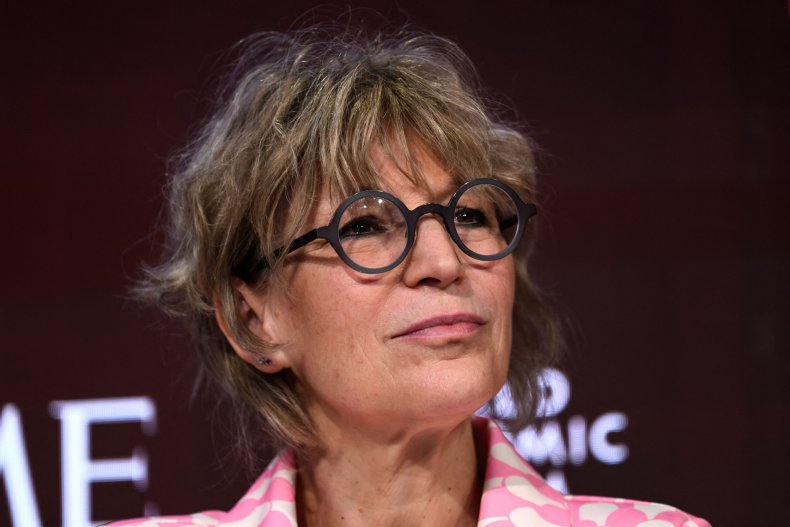 Ukrainian civil society leaders have launched a petition calling for Agnes Callamard to resign as Amnesty International’s secretary-general following a controversial report on the war in Ukraine.

Amnesty accused the Ukrainian military of using the tactics “Violation of International Humanitarian Law” and putting “citizens in harm’s way” by positioning themselves in urban areas.

Due to this report, A Ukrainian President Volodymyr Zelensky’s angry reactionwhich accused Amnesty of shifting “responsibility from the aggressor to the victim”.

In response to the report, 57 individuals from Ukrainian civil society launched a petition, including charity heads, journalists and activists. Change.org Website.

The post by the chairman of the KyivPride managing board, Maxim Eristavi, called on Callamard to resign “along with other employees…responsible for the incident”.

The petition reads: “We, Ukraine’s civil society, activists, volunteers, journalists and human rights defenders, are outraged by a series of irresponsible steps by Amnesty International, which put our lives and millions of other Ukrainians at risk in the ongoing Russian aggression.”

“We demand the immediate resignation of Agnes Callamard, the Secretary-General of Amnesty International, and other staff members of the organization responsible for the incident, and to take a number of steps to prevent a similar situation from happening again in the future.”

This is what Amnesty’s report described as “spitting in the face of Ukrainians who risk their lives every day.”

The petition has been signed more than 5,700 times by activists and members of the general public.

The petition continued: “Arguments about impartiality or neutrality make no sense, as the report completely ignores the Ukrainian military and humanitarian context. In addition, Amnesty International’s failure to explain the research methodology and provide meaningful evidence further threatens the safety of millions of Ukrainian citizens. It provided a powerful formal and ideological justification for war crimes.

“The text of the report clearly shifts the responsibility to those defending themselves. This victim-blaming has nothing to do with the protection of human rights.”

“Today we report on Ukraine’s tactics that put civilians at risk. To those who attack us with accusations of bias against Ukraine, I say: check our work. We stand with all victims. Fairly.”

Oksana Pokalchuk, head of Amnesty International in Ukraine, resigned in protest after the report was published.

She accused Amnesty of “creating material that appears to be an endorsement of Russian narratives”: “In an effort to protect civilians, the study has instead become a tool for Russian propaganda.”

Amnesty International and Agnes Callamard have been contacted for comment.