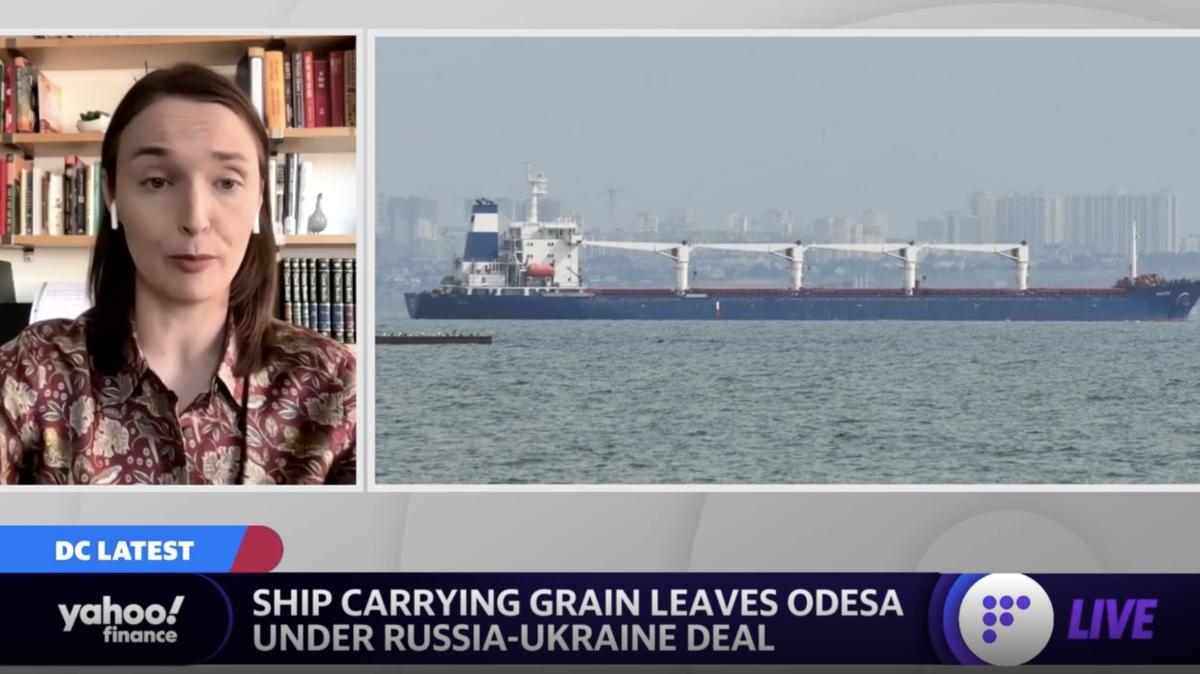 ISTANBUL, Aug 8 (Reuters) – Razoni, the first ship to Ukraine under a UN-brokered deal, is looking for another port to unload its grain cargo after the initial Lebanese buyer rejected the delivery, citing a delay of more than five months, Ukraine’s embassy in Lebanon said on Monday.

“According to the Ukrainian grain shipper on Razoni, the buyer in Lebanon refused to accept the cargo due to delays in delivery terms,” ​​the embassy said in a Facebook post.

“Therefore the shipper is now looking for another consignee to unload his cargo in Lebanon/Tripoli or any other country/port.”

Razoni left Odessa last week with 26,527 tons of corn. The ship was due to arrive in Lebanon on Sunday but changed its destination to the Turkish port of Mersin and is currently anchored off Turkey’s southern coast, according to Refinitiv ship tracker data.

The UN and Turkey reached a deal last month after Russia’s invasion of Ukraine warned that blocking Ukrainian grain shipments could lead to severe food shortages and outbreaks of famine in parts of the world.

So far, around 243,000 tons of corn have been exported from Ukraine on seven ships since the first departure on August 1, according to Reuters data from the Turkish Defense Ministry. (Reporting by Natalia Zinets Writing by Ezgi Erkoyoun; Editing by Aurora Ellis)