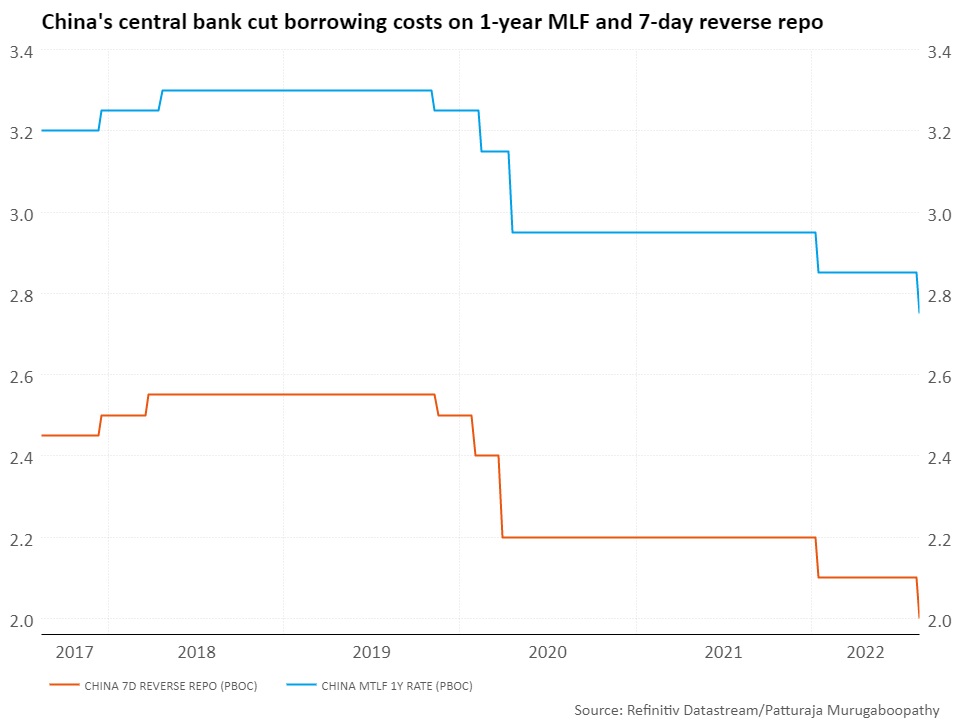 The headquarters of the People’s Bank of China (PBOC), the central bank, is pictured in Beijing, China on September 28, 2018. REUTERS/Jason Lee

Aug 16 (Reuters) – China’s central bank cut interest rates for the second time this year on Monday, but analysts doubt it will do much to boost lending in an economy flush with cash but lacking in consumer demand and business confidence. Read on

The People’s Bank of China (PBOC) cut rates on its one-year and 7-day lending facilities by 10 basis points as a string of July data painted a more gloomy economic picture than before.

China’s retail sales rose 2.7% in July, compared with 3.1% in June, pointing to a slowdown in consumer spending.

Chinese banks raised 679 billion yuan ($101 billion) in new yuan loans in July, less than a quarter of June’s amount, according to data released by the PBOC last week. Read on

Much of China’s recent economic and fiscal stimulus has flowed into savings. Chinese households added 10.3 trillion yuan to deposits in the first half of 2022.

Total net assets of Chinese mutual funds rose to a record $1.58 trillion at the end of June, up 6.7% from the start of the year, according to Refinitiv Lipper.

In the stock market, outstanding margin loans hit a four-month high of 1.64 trillion yuan, while equity mutual funds attracted $7 billion in the past two months.