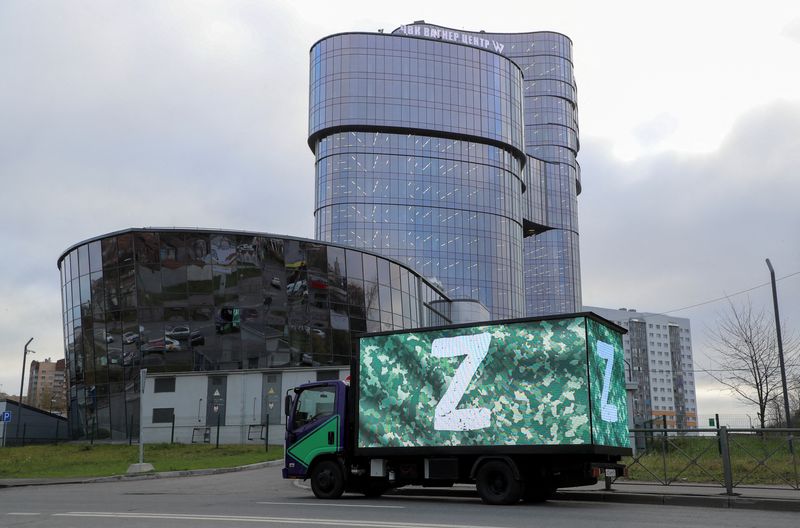 LONDON (Reuters) – A video showing the sledgehammer execution of a former Russian mercenary who defected to Ukraine was circulated on Russian social media on Sunday, with pro-Russian bloggers saying it was revenge for his alleged betrayal.

In an unverified video distributed on the Telegram channel, Russian media said Wagner was linked to a mercenary group, with the man identifying himself as Yevgeny Nuzin, 55, and saying he had switched sides “to fight against the Russians”.

In the footage, Nuzin, shown with his head pressed against a brick wall, gave his name, date of birth and said he switched sides on September 4.

He said he was abducted in Kiev on October 11 and taken to a basement.

“I hit my head and lost consciousness and ended up in this basement,” he said. “They told me I would be prosecuted.”

As he spoke these words, an unknown man walking behind Nuzin in combat clothing struck him on the side of the head and neck with a sledgehammer.

Nuzin fell to the ground and the unknown person gave him another blow to the head.

The video, titled “The Hammer of Revenge” by the Gray Zone Telegram channel, could not be immediately verified by Reuters.

It was also unclear how Nuzin, who told Ukrainian media in September that he wanted to fight for Ukraine, ended up in the hands of Russian forces.

In a September interview, Nuzin told Ukrainian media that he was a convicted killer who joined the Wagner group from prison but later switched sides and decided to fight against Russia and President Vladimir Putin.

The Wagner Group, originally staffed by veterans of the Russian Armed Forces, has fought in Libya, Syria, the Central African Republic, Mali and Ukraine, among other countries.

Wagner has been recruiting convicts in Russian prisons in recent months, according to a video showing Yevgeny Prigozhin, founder of the Wagner mercenary group, talking to convicts in a Russian prison. A senior US defense official told reporters on September 19 that the group is trying to recruit more than 1,500 convicted criminals to take part in Russia’s war in Ukraine.

Asked to comment on the video of the execution, Pregozin, founder of the Wagner mercenary group, said in comments released by his spokesman that the video should be called “a dog dies of a dog.”

About Nuzhin, Prigozhin said: “He did not find happiness in Ukraine and met with ruthless but fair people.”