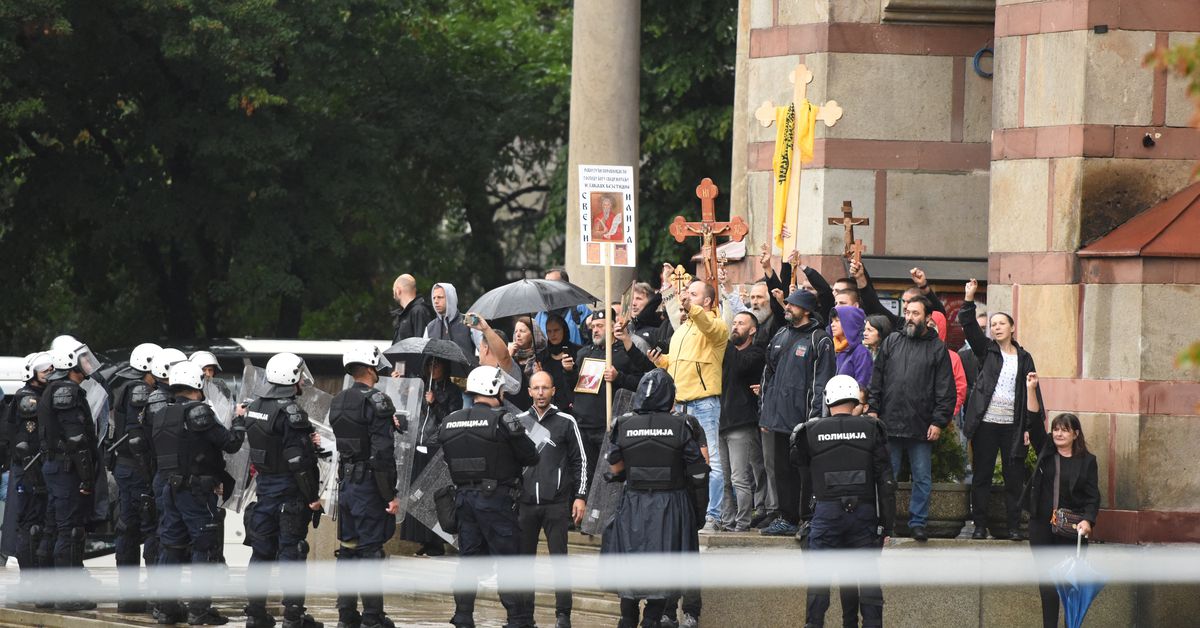 BELGRADE, Sept 17 (Reuters) – Police clashed with right-wing protesters on Saturday as several thousand people joined an LGBTQ march in Serbia during the Europride weekend, an event held in a different European city each year.

The government banned the march last week after protests by nationalist and religious groups. But in the face of calls from European Union officials and human rights activists, he approved a shorter route for the march.

Participants walked a hundred meters to the Tsmazdan Stadium where the concert took place.

Previous Serbian governments have banned pride parades, drawing criticism from human rights groups and others. Some pride marches in the early 2000s were met with strong opposition and marred by violence.

But recent Pride marches in Serbia have been peaceful, a change that Europride organizers cited as one of the reasons for choosing Belgrade as this year’s host. Copenhagen is the host in 2021.

Serbia is a candidate to join the EU, but it must first meet demands to improve the rule of law and its record on human and minority rights.