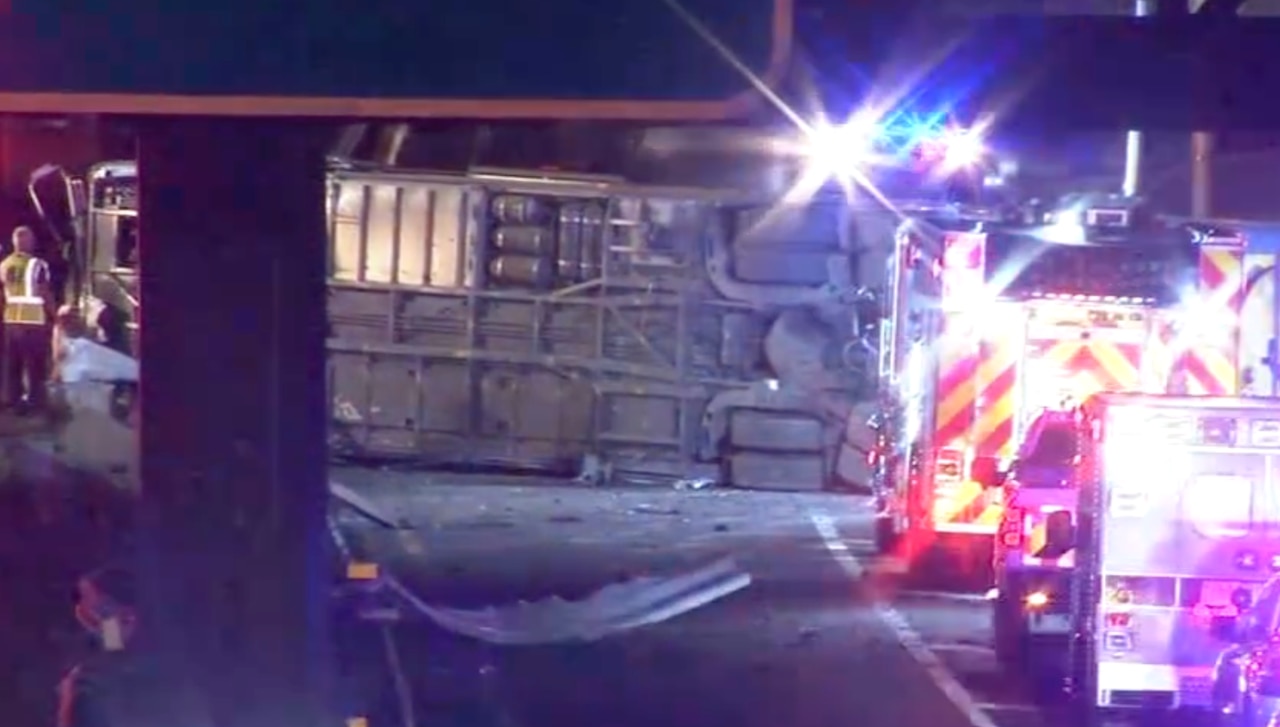 Another person was killed on Tuesday after the driver of a double-decker bus lost control and collided with another vehicle New Jersey Turnpike in Middlesex County, officials said Wednesday.

Three people, including the bus driver, were seriously injured and 14 others were injured when a bus carrying 22 passengers hit a Ford F-150 pickup around 6:53 p.m. The overturned near the entrance to the Thomas Edison service area in Woodbridge, officials said.

New Jersey State Police said the driver of a Van Hool coach bus was traveling southbound when he lost control near milepost 93.2 and struck a nearby Ford F-150 traveling in the same direction. On Tuesday, authorities said the bus that crashed was a Megabus traveling from New York to Philadelphia. Megabus is owned by Coach.

Two passengers in the bus died. They have been identified as Cheryl Johnson, 59, of The Bronx, New York, and Cecilia Kianitza, 66, of Woodbury.

Johnson was pronounced dead at the scene and Kianitza was taken to a hospital, where she later died, state police said.

The driver, a 56-year-old man from Westville, was seriously injured, along with two passengers.

Fourteen other passengers in the bus suffered minor injuries and four others sustained injuries. The driver of the pickup was not injured, state police said.

Other rescuers at the scene were firefighters from Port Reading, Ford, Woodbridge and Perth Amboy, according to the Woodbridge Township Professional Firefighters Association.

In May, A megabus carrying 47 people collapsed, injuring 27 people and brought to I-95 north of Baltimore.

Thank you for relying on us to deliver local news you can trust. Please consider supporting NJ.com With voluntary subscription.