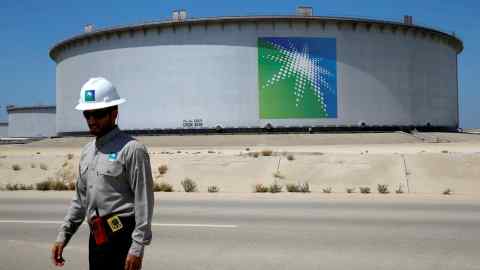 Kingdom Holding, one of Saudi Arabia’s highest-profile investors, poured hundreds of millions of dollars into Russian energy companies before and after this year’s invasion of Ukraine, the group disclosed in a filing on Sunday.

The Kingdom made the investment even as Western leaders, whose majority is owned by Prince Alwaleed bin Talal, tried to increase pressure on Moscow and threatened to impose sanctions on Russia, which they began imposing in late February.

The estimated $500 million in investments included a $364 million investment in Gazprom in February, with the remainder going into Rosneft and Lukoil that month and in March. President Vladimir Putin ordered Russia’s invasion of Ukraine on February 24.

Prince Alwaleed, The Saudi billionaire, along with other tycoons and royals, was detained at the Ritz-Carlton hotel in Riyadh in 2017 in what authorities called a corruption sweep.

Critics said it was a powerplay by ascendant Crown Prince Mohammed bin Salman to strengthen his position against the influential old guard. The state said $100 billion came from ill-gotten gains.

Prince Alwaleed, whose grandfather founded Saudi Arabia, was freed after striking a deal with the government, although he never disclosed the details. Other veterans were released after transferring funds or ceding partial control of their companies to the government.

The government’s sovereign wealth fund, the Public Investment Fund, said it bought a 16.8 percent stake in Kingdom Holding in May, months after the investment. But Western pressure on Moscow makes it impossible for a major Saudi company to invest heavily in Russia without the government’s blessing.

Saudi Arabia has established close ties with Russia, with both countries cooperating in OPEC+ on oil production. His Relations with Washington President Joe Biden has been under tension since taking office after being sworn in during a campaign to isolate Saudi Arabia over the killing of journalist Jamal Khashoggi by Saudi agents. The CIA has said Prince Mohammed was responsible for the operation to “capture or kill” Khashoggi, which the prince has denied.

Biden has since backed away from his pledge and visited the country in July, meeting with Prince Mohammed as he pushed for more oil production to offset rising prices and inflation.