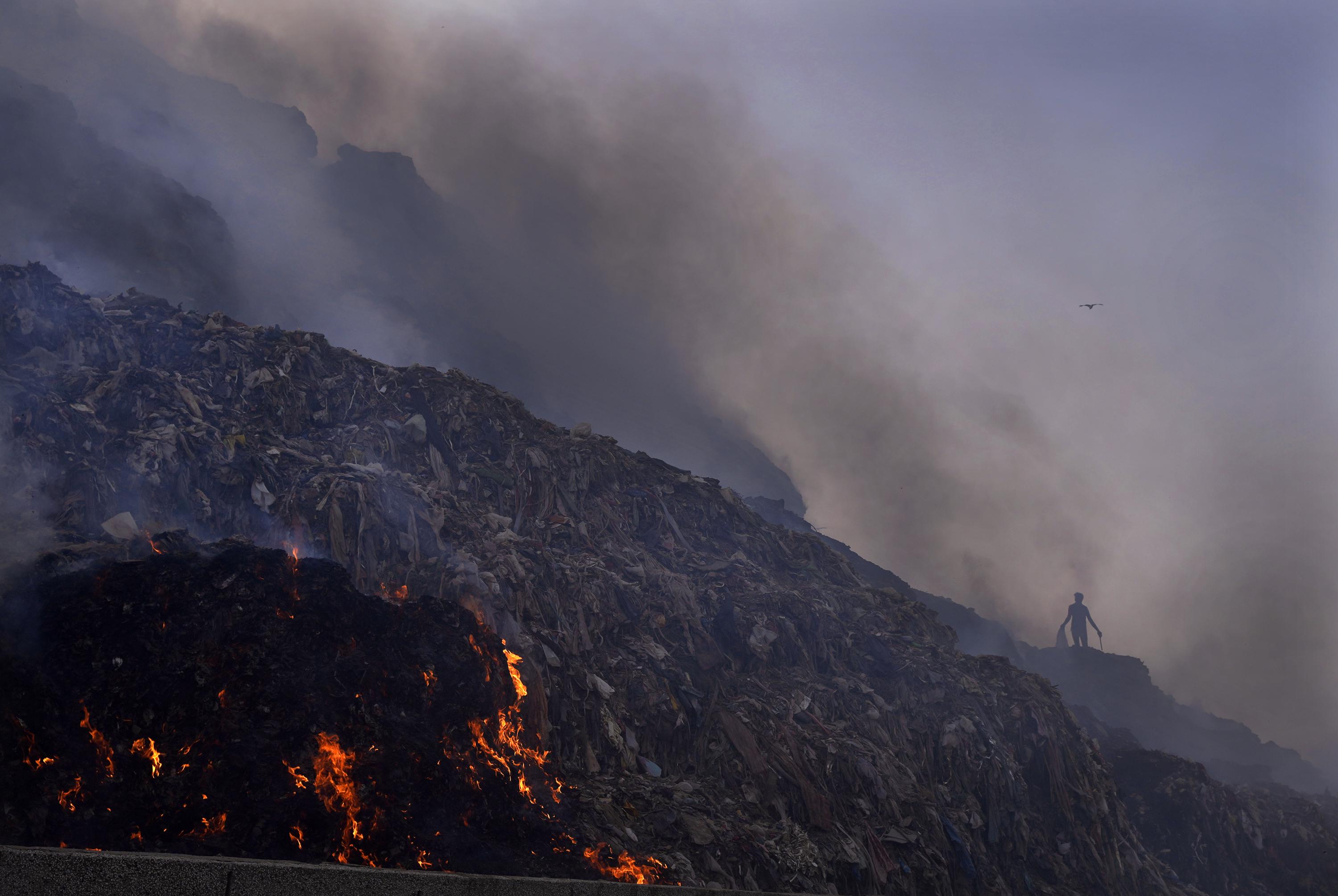 BENGALURU, India (AP) — Landfills are releasing much more planet-warming methane into the atmosphere from decomposing waste than previously thought, a study has found.

Scientists used satellite data from four major cities around the world – Delhi and Mumbai in India, Lahore in Pakistan and Buenos Aires in Argentina – and found that emissions from landfills in 2018 and 2019 were 1.4 to 2.6 times higher than previously estimated.

When organic waste such as food, wood or paper decomposes, it releases methane into the air. Landfills are the third largest source of methane emissions globally, after oil and gas systems and agriculture.

Although methane accounts for only 11% of greenhouse gas emissions and lasts about a dozen years in the air, it traps 80 times more heat in the atmosphere than carbon dioxide. Scientists estimate that at least 25% of today’s warming is driven by methane from human activities.

“This is the first time that high-resolution satellite images have been used to monitor landfills and calculate their methane emissions,” said study lead author and atmospheric scientist Joannes Massackers from the Netherlands Institute for Space Research.

“We found that these landfills are relatively small compared to the size of the city, accounting for a large fraction of the total emissions from a given area,” he said.

Satellite data is still a relatively new field for detecting emissions, but it is increasingly being used to monitor gases around the world. This means more independent organizations are tracking greenhouse gases and identifying major emitters, whereas previously local government figures were the only available source.

“This new work shows how important it is to manage landfills better, especially in countries like India where landfills often catch fire, emitting large amounts of harmful pollutants,” said Euan Nesbitt, an earth scientist at Royal Holloway, University of London. , which was not part of the study.

Earlier this year, smoke billowed over New Delhi for days after a huge landfill caught fire The country was reeling under a heat wave Temperatures have exceeded 50 degrees Celsius (122 Fahrenheit). At least two other landfill fires have occurred in India this year.

Nesbitt added that new satellite technology, combined with measurements on the ground, makes it easier for researchers to identify “who is polluting the world”.

China, India and Russia These are the world’s biggest methane polluters, according to a recent analysis by the International Energy Agency.

At last year’s United Nations climate conference, 104 countries signed a pledge to reduce methane emissions. by 30% by 2030 compared to 2020 levels. Both India and China are not signatories.

The authors plan to conduct more research on landfill sites around the world in future studies.

“This is a rapidly developing field and we expect more interesting data to come soon,” said Massackers.