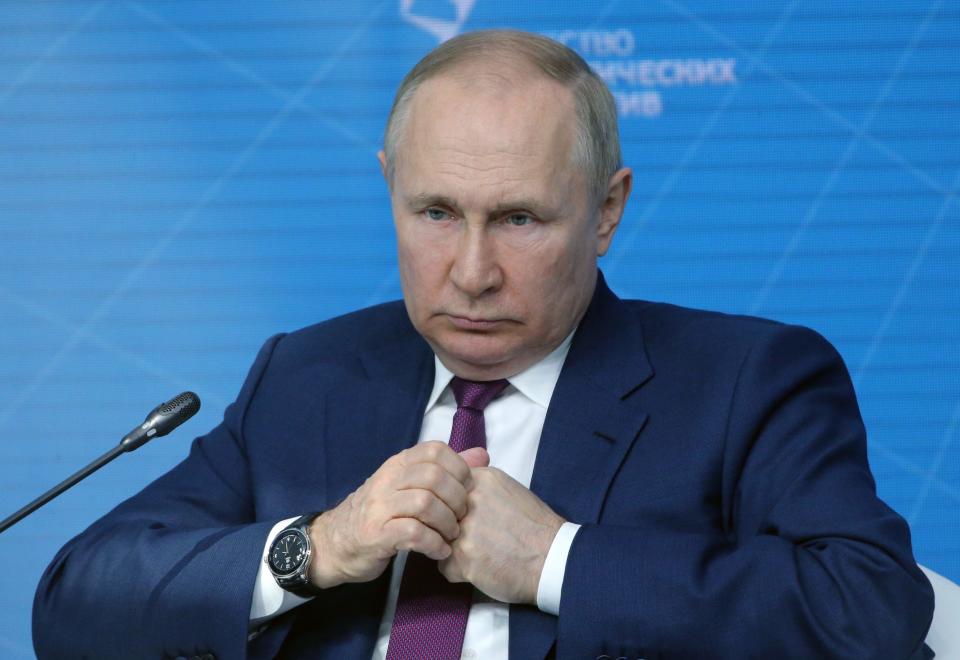 Moscow’s fiat currency fell 1.5% to 61 against the US dollar, while pulling back roughly 0.2% against the euro.

The Kremlin last week announced plans for investors from countries not participating in sanctions against Russia to trade in debt securities.

Russia will convert global depositary receipts, or GDRs, into shares for trading on the Moscow exchange. Russia’s central bank said on Monday it planned to remove GDRs from account holders and then deposit the shares.

Moscow closed its markets in February to clamp down on capital outflows after President Vladimir Putin launched an invasion of Ukraine.

And the ruble’s latest slide has seen the currency hit all-time highs and record lows this year.

After Russia deployed troops to Ukraine, the ruble fell to 121.53 against the dollar, only to recover to 50.01 in June to become the world’s top performing currency. The Russian central bank aggressively raised interest rates to around 20% in an attempt to protect the country from Western and European sanctions.