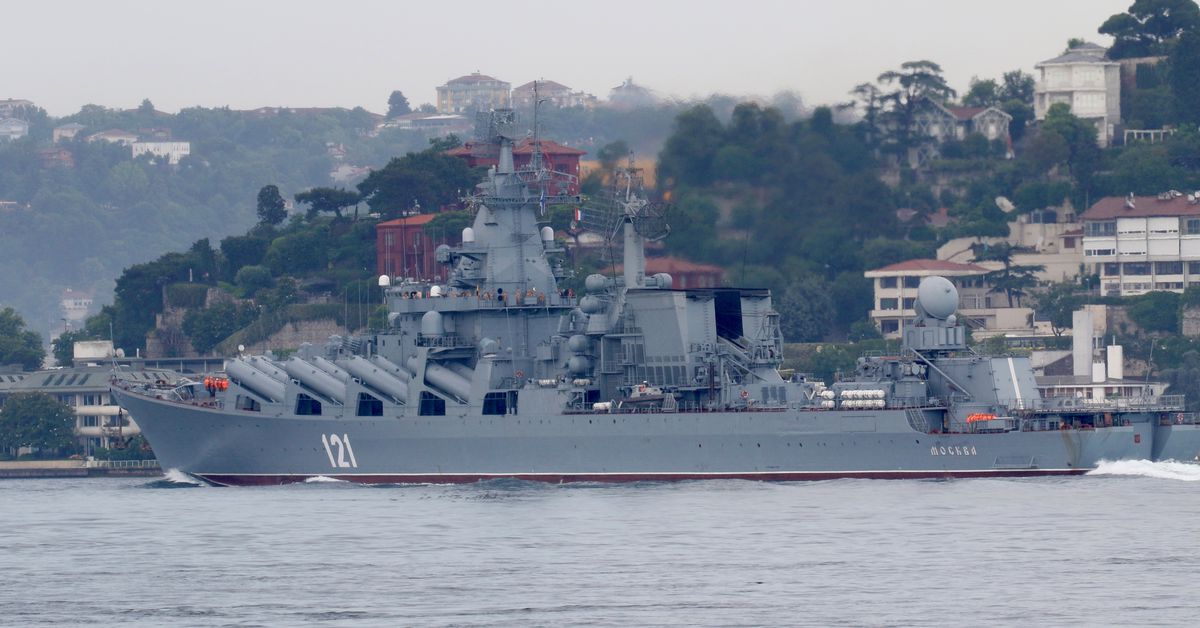 The Russian Navy’s guided missile cruiser Moskva sails into the Bosphorus on its way to the Black Sea on July 5, 2021 in Istanbul, Turkey. REUTERS/Yoruk Isik

The Black Sea Fleet is using long-range cruise missiles to support land attacks but is maintaining a defensive posture, the British Ministry of Defense said in its daily intelligence bulletin on Twitter.