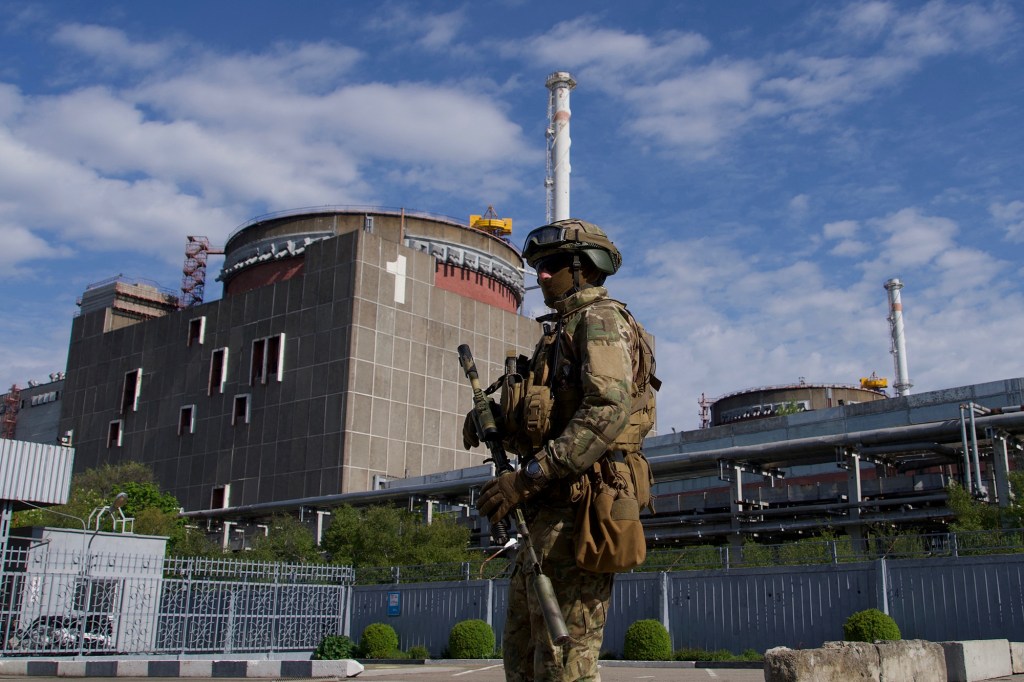 Russia fired rockets at southern Ukraine on Sunday, killing at least one person, as concerns grow over a nuclear power plant in the flaming region.

A Russian diplomat called on Kiev to provide security guarantees so international inspectors could visit the Zaporizhia plant – Europe’s largest nuclear power plant – which is under Moscow’s military control but still operated by Ukrainians.

Ukraine’s state nuclear company Energoatom said a foreman working at the plant was killed in a rocket attack on Sunday as he walked his dog near his home in the town of Enerhodar.

Russia has claimed that the man was killed in the bombing of Ukraine.

As fighting continues in the Mykolayiv region, fears about the plant have grown. Both sides have blamed each other for occasional bomb blasts at the station. Officials say it has damaged monitoring equipment and could lead to a nuclear disaster.

“It is important that the Ukrainians stop shelling the station and guarantee the safety of the members of the mission. An international team cannot be sent to work under constant artillery fire,” he told Russian state news agency Tass.

But Ukraine says Russia is shelling areas near the plant and stockpiling weapons there, with President Volodymyr Zelensky warning Russian soldiers who fire at the power station or they will become “special targets” for Kiev’s forces.

“Every Russian soldier who either shoots at a plant or shoots at a tree as cover must understand that he becomes a special target for our intelligence agents, for our special services, for our military,” he said in a speech on Saturday evening.

Zelensky argued that Russia was using the plant as nuclear blackmail.

Mykhailo Podolyak, a Ukrainian presidential adviser, said the Kremlin was “killing the part of the nuclear power plant that produces energy that powers the south of Ukraine.”

“The goal is to disconnect us from (the plant) and blame the Ukrainian army for this,” he wrote on Twitter.

UN Secretary-General Antonio Guterres has called for the area around the plant to be a demilitarized zone.

A UN-chartered ship carrying 23,000 metric tons of Ukrainian grain bound for Ethiopia began its journey from a Black Sea port on Sunday, amid fighting that has reached its sixth month.

This shipment is the first of its kind in a program to help countries facing drought.

The Courageous Commander departed from the Ukrainian port of Yuzhne, regional governor Maxim Marchenko said, and will arrive in Djibouti, where grain will be transferred to the East African country under the initiative of the World Food Program.

The shipment came as a result of a deal brokered between Russia, Ukraine and Turkey that restarted grain deliveries after Russia launched its offensive in February.

According to the UN, Ethiopia is one of five countries where its people are at risk of starvation.

“The potential is there. There is grain. There is a demand all over the world and especially in these countries,” Dennis Brown, WFP Ukraine coordinator, told The Associated Press. “So if the stars align, we’re very hopeful that all the actors around this deal will come together that it really is an issue for humanity. So today was a very positive day.”