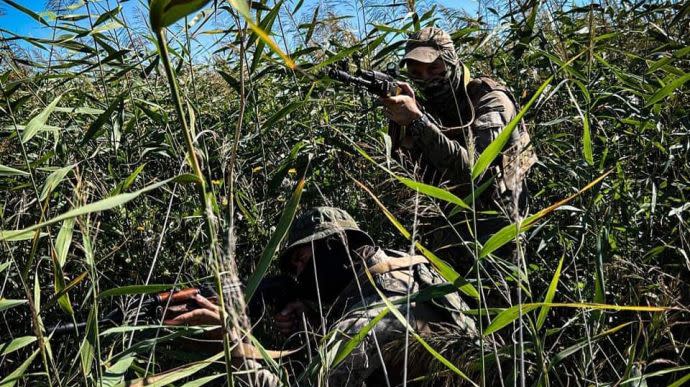 The Ukrainian General Staff has launched continuous attacks along almost the entire front line. In some places, especially in the Donbass, Russian troops tried to advance.

Source: Report of the General Staff of the Armed Forces of Ukraine

On the Kharkiv front, Russian occupation forces are destroying military and civilian infrastructure with all available weapon systems. taking over Used in combat aviation For attacks near Varkhani Saltiv, Sosnivka and Ratishchivka.

Russian troops tried to break through the defense line of the Armed Forces of Ukraine on the Koza hide-and-seek front. Ukrainian soldiers “retaliated strongly and pushed them back.”

Sloviansk frontThe enemy failed to push back our defenders with concentrated artillery fire in the areas of Hryshuvakha, Krasnopilia, Asivka and Mazhanivka. After that, they tried to improve the strategic position on the Dovenke – Mazhnivka front, but did not succeed there and retreated.

On the Kramtorsk front, The Russians shelled the areas of Spirne, Ivano-Darivka and Ryhorodka. Russian aircraft flew sorties near Spirne and Prishib.

The attackers attempted to advance with offensive and offensive actions on the Ivano-Darivka, Vyamka, and Vesele fronts. They failed completely and chaotically returned to their previously occupied positions.

Bakhmut leads the way, the Russian army tried to create favorable conditions for further invasion of independent areas using available weapons. They carried out airstrikes near Soledar and Yakovlivka and An attempt was made to attack the village of Varshyana from the area of ​​the Wuhlehirska power station. The Russians suffered losses and retreated.

On the Avdiivka front, Krasnohorivka, Pisky, Opytne, Vodiane and Marinka were fired. The occupiers also carried out airstrikes near New-York, Vodiane and Novobakhmutivka. The Russian occupying forces were unable to improve the strategic position on the Staromikhailivka and Nevelske fronts.

Novopavlivka and Zaporizhia on the front, Russian troops attacked towns and villages along the line of contact with tanks, tubed artillery and MLRS. Russian aircraft attacked near Novomykhailivka, Yelizavetivka, Shcherbakiv and Charivne.

on Opposite Pivdenny Buh, the Russian army opened fire from a variety of tanks and artillery along the line of contact. They tried to break the defenses to prevent the reorganization of Ukrainian units and to create favorable conditions for them to launch a counterattack. Russian forces carried out airstrikes near Andreevka, Myrn, Blahodatne and Lozov.