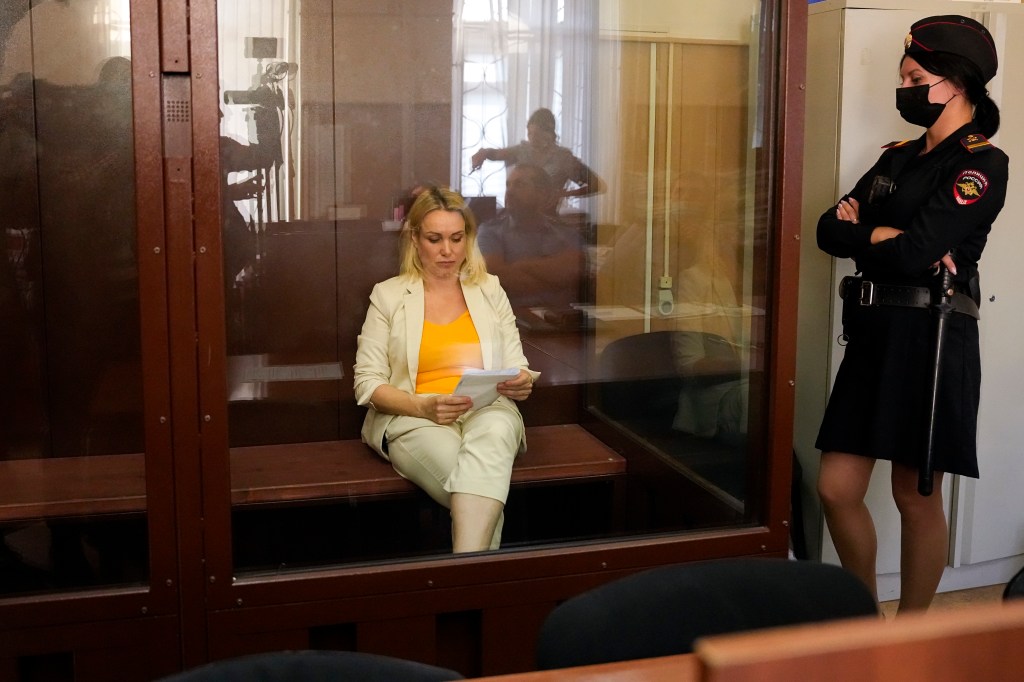 Russian journalist Marina OvsyannikovaShe became a symbol of fearless dissent when she interrupted a live TV broadcast March She has been detained in Moscow pending a trial related to new anti-war protests in July, to protest her country’s invasion of Ukraine.

Ovsyannikova was arrested in a police raid on her Moscow home on August 10. She appeared in court on Thursday (11 August) where she was charged with spreading false news about the military, a crime punishable by up to ten years in prison under Russian law.

The allegations are not related to her original TV protest but A fresh action In mid-July she stood in front of the Kremlin, carrying a placard with slogans criticizing President Vladimir Putin and the Russian military. At her feet are two dolls covered in red paint highlighting the deaths of children in the conflict.

After her first protest in March, which resulted in a brief arrest and a $527 fine (30,000 rubles), Ovsyannikova left Russia and worked on a temporary contract for the German newspaper Die Welt.

She returned to Russia in early July to fight for access to her two children after her ex-husband filed a lawsuit in Moscow seeking sole custody.

Ovsyannikova said in an Instagram post that she knew she could be arrested upon her return but despite these fears, she made further public protests against Russia’s invasion of Ukraine.

She continued her demonstrations in the courtroom on Thursday. Sitting in a glass defendant’s cage, she nonchalantly held a piece of A4 paper that read, “May the murderous boys haunt your dreams tonight.”

Local media outlets and human rights groups reported that Ovsyannikova had been detained pending her trial on October 9.

has become widespread Crackdown Anti-war protests and dissent across Russia since the start of the war in Ukraine on February 24.

Russian independent human rights watchdog OVD-info, estimates that more than 15,000 have been detained and at least 178 people are currently going to court and could face lengthy prison terms.