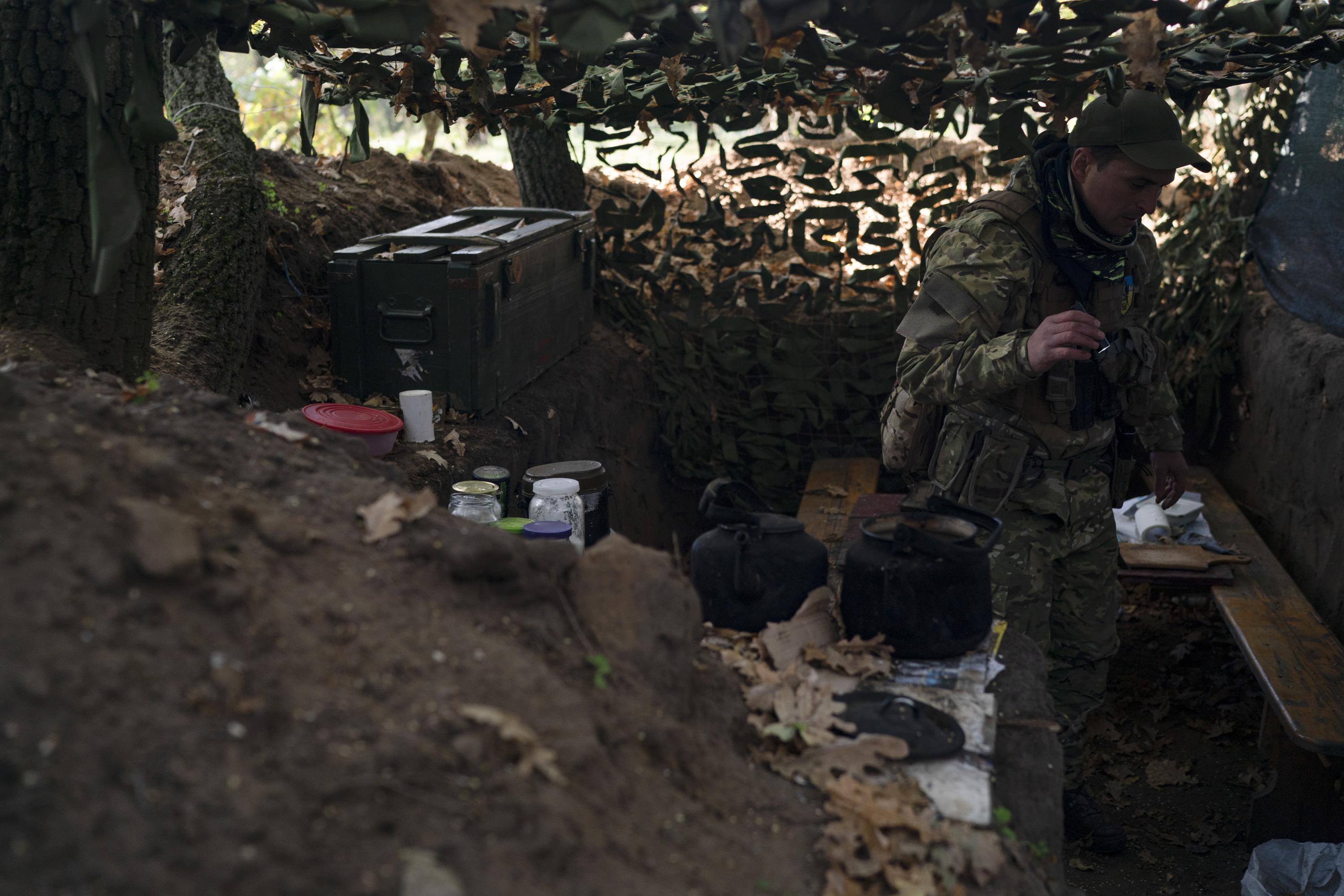 Kyiv, Ukraine (AP) — In a sign the Kremlin is worried about continued and sustained Ukrainian military gains on the southern front, Russia is promising free housing to residents of the partially occupied Kherson region who want to immigrate to Russia.

Russian Deputy Prime Minister Marat Khusnulin made the announcement shortly after the Russian-backed leader of Kherson, one of four Ukrainian regions illegally annexed by Moscow last month, asked the Kremlin to organize evacuations from four cities in the region.

“Cities in the Kherson region — Kherson and Nova Kakhovka, Hola Priston and Chornobyivka — are under daily missile attacks,” Vladimir Saldo said in a video posted online Thursday. “These missile attacks cause serious damage to the residents first. Among the targets hit by missiles are hotels, residential buildings, markets – (places) where there are many civilians.

Saldo said it was decided to relocate Kherson residents to the Russian regions of Rostov, Krasnodar and Stavropol, as well as annexed Crimea.

“I would like to ask you to help organize this process. We, the residents of the Kherson region, of course know that Russia does not give up on itself and that Russia always helps,” Saldo said.

His plea comes as Ukrainian forces push their counteroffensive deeper into the southern Kherson region, albeit at a slower pace.

The move comes as Ukraine’s military continues to make gains in the south. Ukrainian armed forces have reported steady territorial gains on the southern front, including the recapture of 75 settlements in the Kherson region last month, the Ministry of Reunification of the Temporarily Occupied Territories said late Thursday.

In the east, Ukraine’s armed forces recaptured 502 settlements in Kharkiv region, 43 in Donetsk region and seven in Luhansk region, the ministry said.

Saldo’s deputy, Kirill Stremosov, said in his own statement, “No one is retreating … planning to leave the territory of the Kherson region.”

Earlier on Thursday, the British military said on Twitter that “Russian occupiers have ordered preparations to evacuate some civilians from Kherson.”

The British Ministry of Defense said they “expect the fighting to extend to the city of Kherson.”

As of early Friday, Russia continued its targeted attacks on critical infrastructure in Ukraine, a strategy that began on Monday, when a major, coordinated attack on nearly every region of the country was said to be in retaliation for a Moscow-funded bridge explosion. Connecting Crimea to the Russian mainland.

Several Russian missile strikes rocked the capital of Zaforizzia region overnight as the city became the epicenter of Ukraine’s counter-offensive on the southern front.

The regional governor of Zaporizhia, Oleksandr Starukh, said the city suffered multiple explosions overnight in infrastructure, which led to the fire. Initial reports indicated no casualties and further details on specific damage were not available. In recent days and weeks, Russian forces have launched a series of attacks on the regional capital and surrounding areas, raising concerns about the safety of a nearby nuclear power plant.

The regional capital is about 100 miles from Europe’s largest nuclear power plant. Two days ago, diesel-fueled generators were forced to revert to power to maintain the reactor cooling system after the substation’s communication lines were attacked during fighting in the area.

Missile, drone and rocket attacks on Ukraine have prompted frequent air raid sirens and a heightened sense of urgency after Monday’s attacks killed 19 and injured more than 100, including many in the capital, Kiev.