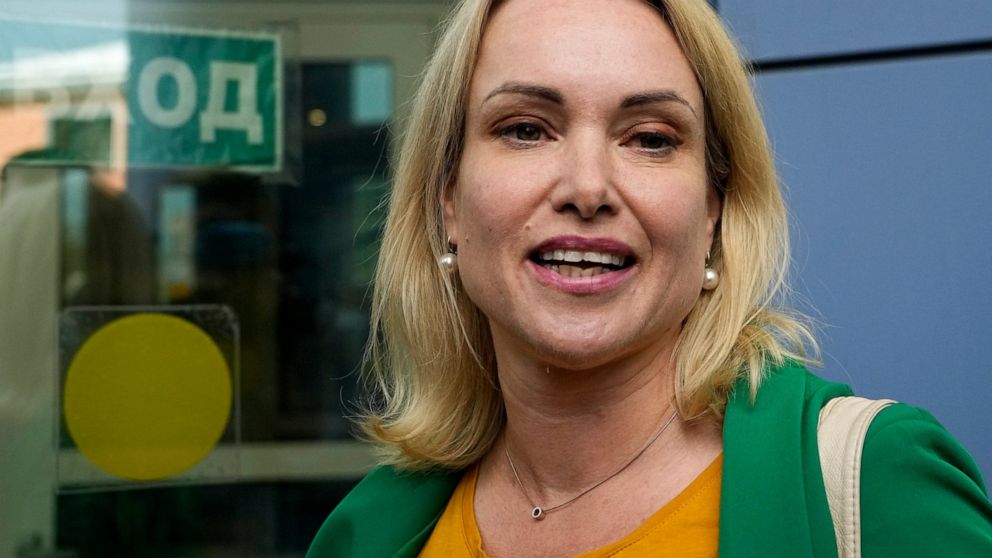 Russian authorities on Wednesday raided the home of a former state TV journalist who resigned after on-air protests against Moscow’s war in Ukraine and opened a criminal case against her on charges of spreading false information about the Russian armed forces, her lawyer said. Said on social media.

The case against Marina Ovsyannikova was initiated under a law, enacted after the February 24 invasion of Ukraine, that penalizes statements against the military, said lawyer Dmitry Zakhvatov. A conviction carries a jail term of up to 15 years.

Zakhavatov told independent news site Meduza that the case was linked to a protest by Ovsyannikova last month, which featured banners that read “(Russian President Vladimir) Putin is a killer, his soldiers are fascists.”

He said on Telegram that Ovsyannikova is expected to be brought in for questioning before the Investigative Committee after the raid.

Ovsyanikova worked as a producer at the Russian state-funded Channel One. She made international headlines on March 14, when she appeared behind an evening news anchor holding a poster that read “Stop the war, don’t believe the propaganda, they’re lying to you here.” She was charged with insulting the Russian military and fined 30,000 rubles ($270 at the time).

After leaving her job, Ovsyannikova became somewhat of an activist, holding anti-war protests and speaking out publicly against the conflict.

In recent weeks she was fined twice more for defaming the military in a critical Facebook post and for comments she made in court where dissident Ilya Yashin was remanded pending trial for spreading false information about the military.

According to Net Freedoms, a legal aid group that focuses on free speech cases, as of Wednesday there were 79 criminal cases for spreading misinformation about the military and 4,000 administrative cases for defaming the armed forces.