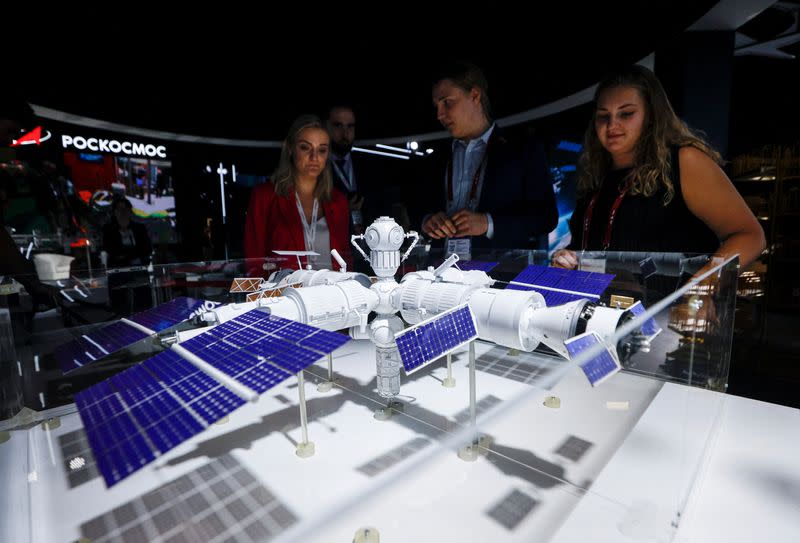 (Reuters) – Russia’s space agency on Monday unveiled for the first time a physical model of what a planned new Russian-built space station would look like, suggesting Moscow is serious about leaving the International Space Station (ISS) and going it alone.

Russia is scrambling to reduce its dependence on the West and move on its own, according to some Kremlin hardliners, who believe sanctions imposed by Moscow on what it calls “special military operations” in Ukraine are a historic rift with the West. Or cooperate with countries like China and Iran.

The West, which accuses Russia of prosecuting an indirect imperial-style war of aggression against Ukraine, has imposed sanctions on the Russian economy to starve Moscow of technology, information and funds.

Yuri Borisov, who was appointed by President Vladimir Putin to head Roscosmos last month, has said Russia will leave the ISS after 2024 and is working to develop its own orbital station.

Launched in 1998, the ISS has been continuously occupied since November 2000 under a US-Russian-led partnership that also includes Canada, Japan and 11 European countries.

NASA, which is keen to keep the ISS operational until 2030, says it has yet to receive official confirmation of Russia’s planned withdrawal and previously understood that Moscow would remain involved until 2028.

The new space station will be launched in two phases, Roscosmos said in a statement, without giving dates.

A four-module space station will be operational in the first phase. After that, there will be two more modules and a service platform, it said. When completed, it will be large enough to accommodate four astronauts as well as scientific equipment.

Roscosmos said the new station would give Russian cosmonauts a wider view of Earth for observation purposes than they enjoy in their current section.

While designs for some of the new stations are already in place, design work is underway on other sections.

As currently envisioned, the space station will not have a permanent human presence but will be staffed twice a year for extended periods.

Dmitry Rogozin, the former head of Roscosmos and a hardliner known for his harsh statements against the West, has suggested that the new space station could serve a military purpose if necessary.