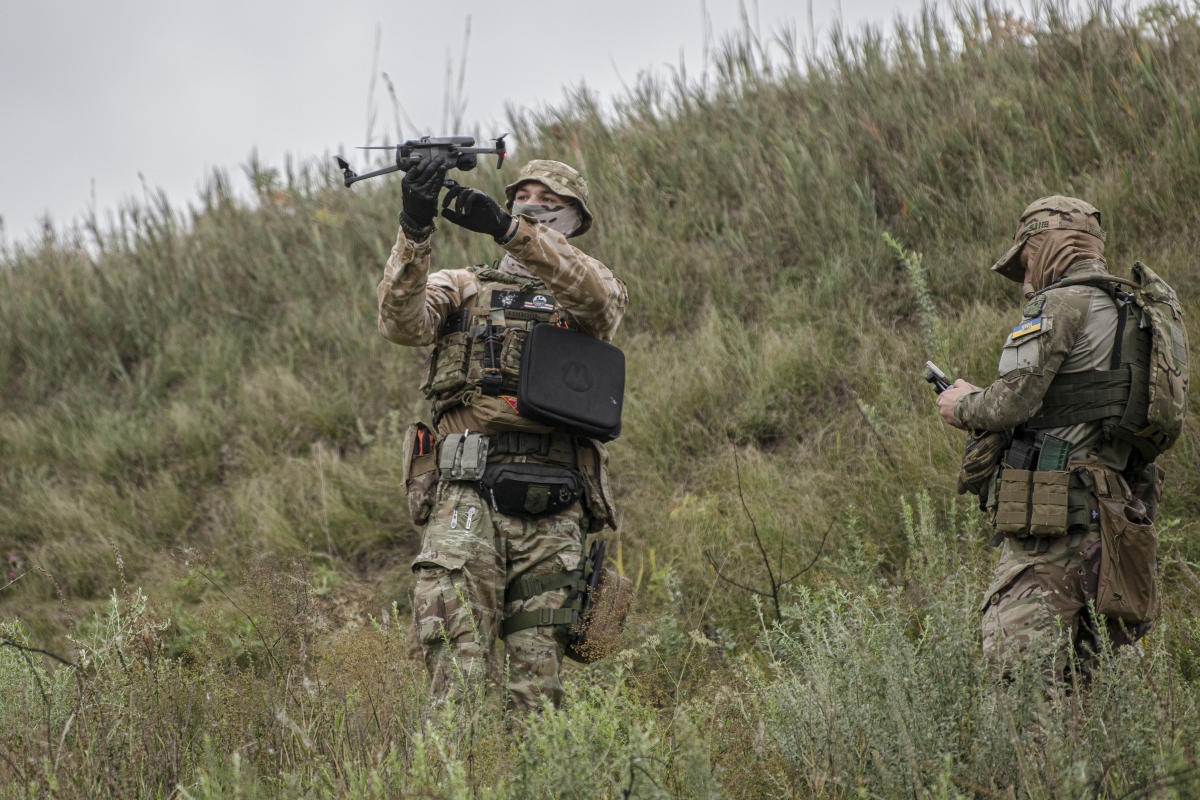 KYIV, Ukraine (AP) — Kneeling in a patch of yellow wildflowers, a Chechen soldier carefully attaches an explosive device to the bottom of a small drone. After a few seconds, it is released. It explodes 200 meters (yards) away next to two old storefront statues, one with a Russian-style military hat on its head.

After this and other trainings outside the capital of Ukraine, Chechen soldiers will be in various camouflaged footwear and protective gear. Heading to the front lines in Ukraine, He vowed to continue the fight against Russia, which has been embittered for years in his North Caucasus homeland.

Soldiers from Chechnya, a war-torn republic in southern Russia, are participating on both sides of the conflict in Ukraine.

Pro-Kyiv volunteers are loyal to Dzhokhar Dudayev, the late Chechen leader who led the republic’s campaign for independence from Russia. They form the “Dudayev Battalion” and are sworn enemies of Chechen forces that have backed Russian President Vladimir Putin and joined Russia in its months-long siege of Ukraine’s main port of Mariupol and other flashpoints in eastern and southern Ukraine.

A group of new Chechen arrivals, many of whom live in Western Europe, were being trained at a makeshift firing range outside Kiev before heading east. At a training session on Saturday, the new recruits – all Muslim men – shouted “Allahu Akbar!” Screamed. (“God is great!”), volunteers hold their rifles in the air before handing over the military identification cards issued to them.

Ukrainian officials say the Chechen battalion currently has hundreds of soldiers who fight alongside the country’s army but are not formally under national command.

Instructors teach new battalion members combat fundamentals, including how to use weapons, assume firing positions, and work in teams. The trainers include veterans of the war in Chechnya that ended in 2009, some joined Ukraine in 2014 after fighting against Russia-backed separatists.

Tor, a volunteer who asked to be identified only by his battlefield nickname, said he saw no difference between the two conflicts.

“People must understand that we have no choice,” he said in English and covered his face. If they (Russian forces) win this war, they will continue. They never stop. i don’t know The Baltic countries would be next, or Georgia or Kazakhstan. Putin openly says he wants to rebuild the Soviet empire.”

After the fall of the Soviet Union in 1991, Russia launched two wars to prevent the majority Muslim province of Chechnya from gaining independence. The first conflict took place in 1994.

The Second Chechen War began in 1999 and Russian forces besieged the Chechen capital Grozny, which was devastated by heavy Russian bombing. After years of fighting an insurgency, Russian authorities declared the end of the conflict in Chechnya in 2017.

Muslim Madiev, a veteran of the Chechen conflicts, identifies himself as an adviser to a volunteer battalion in Ukraine. He joined soldiers in a shooting practice on Saturday, aiming at a plastic bottle held on a stick. Bullet casings flew from his automatic rifle into a field already littered with bullets, shotgun cartridges and cardboard target letters.

“We are going to win this war. The whole world is already standing up for us,” he says in Russian.

“We fought for ourselves (in Chechnya). No one stood by us. But now the whole world is following Ukraine. We must win, we must win,” he declared. ___ Follow AP’s coverage of the war in Ukraine here https://apnews.com/hub/russia-ukraine