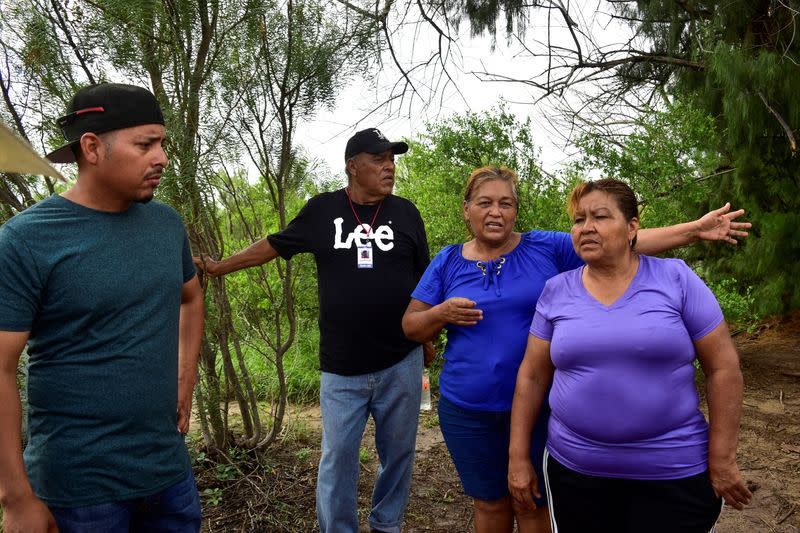 MEXICO CITY (Reuters) – Families of 10 miners who have been trapped for three weeks in a flooded coal mine in northern Mexico said on Thursday they rejected government plans to find the miners in what they described as a six to 11-month holdout. .

Mexican President Andres Manuel Lopez Obrador said earlier in the day that officials would run a proposal from the miners’ relatives to get their approval before making a public announcement.

Laura Velázquez, director of Mexico’s civil protection agency, which coordinated the rescue effort, did not respond to questions about what she shared in the meeting with family members.

Reuters could not independently verify the government’s proposal.

On August 3, a tunnel wall collapsed at the Pinabet mine in the northern border state of Coahuila, trapping miners underground and flooding the entire mine.

Five miners managed to escape after the collapse but 10 remain in the flooded mine. The families hope the men can find a pocket of air to survive. But no contact has been made and it is not known if they are still alive.

Erica Escobedo, the wife of one of the trapped miners, told Reuters that she and other relatives had rejected the offer of civil protection.

“The director told us that the rescue would take six to 11 months,” she said. “We are very sad…I am thinking of how to break the news to my children.”

For days the families have called for swift action to rescue the trapped men, and Mexican authorities last week enlisted the help of German and US engineers.

A relative interviewed by Mexican television station Milenio said Velázquez proposed building an open pit to search for the miners and offering financial compensation to relatives, but both measures were cold comfort.

“We don’t know how they are now and we will know even less in six months,” said the woman, who was not named. “We don’t want the money, we want it.”