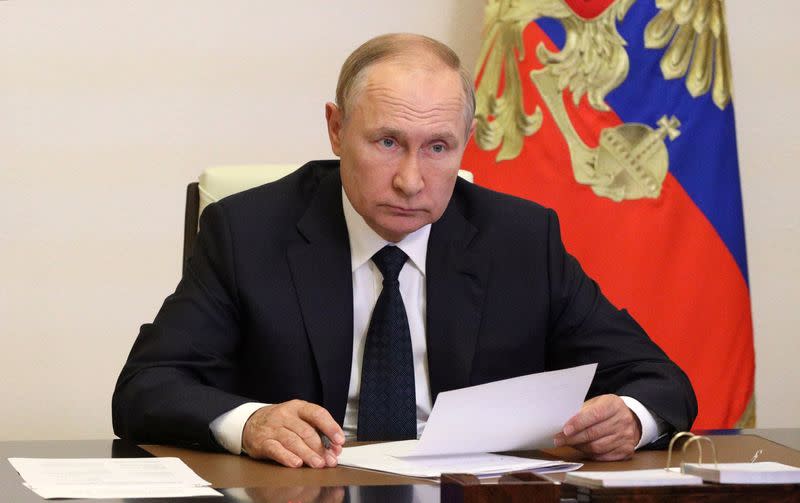 (Reuters) – Russian President Vladimir Putin signed an order on Thursday to increase the size of Russia’s armed forces from 1.9 million to 2.04 million as the war in Ukraine enters its seventh month.

Moscow has not disclosed any casualties in the conflict since its first week, but Western officials and the Kyiv government say the number is in the thousands.

The increase includes an increase of 137,000 to 1.15 million combat personnel. It will come into effect from January 1, according to an order published on the government’s statutory portal.

The last time Putin fixed the size of the Russian military was in November 2017, when combat personnel numbered 1.01 million, including non-combatants, 1.9 million.

Russia has not said how many casualties it has suffered in Ukraine since the first week of the campaign, when it said 1,351 of its soldiers had been killed.

Western estimates say the actual number could be at least 10 times higher, while Ukraine says it has killed or wounded at least 45,000 Russian troops since the conflict – which Moscow calls a special military operation – began on February 24.

Kyiv has also been reluctant to publish information on how many of its soldiers have died in the war, but on Monday the head of Ukraine’s armed forces said in a rare update that nearly 9,000 service personnel had been killed.

Putin’s decree did not say how to increase the headcount but directed the government to allocate a corresponding budget.

According to the official annual report of the International Institute for Strategic Studies, Russia had 900,000 active service personnel at the start of this year and 2 million in reserve service over the past five years.

(Reporting by Reuters; Editing by John Stonestreet and Angus McSwan)