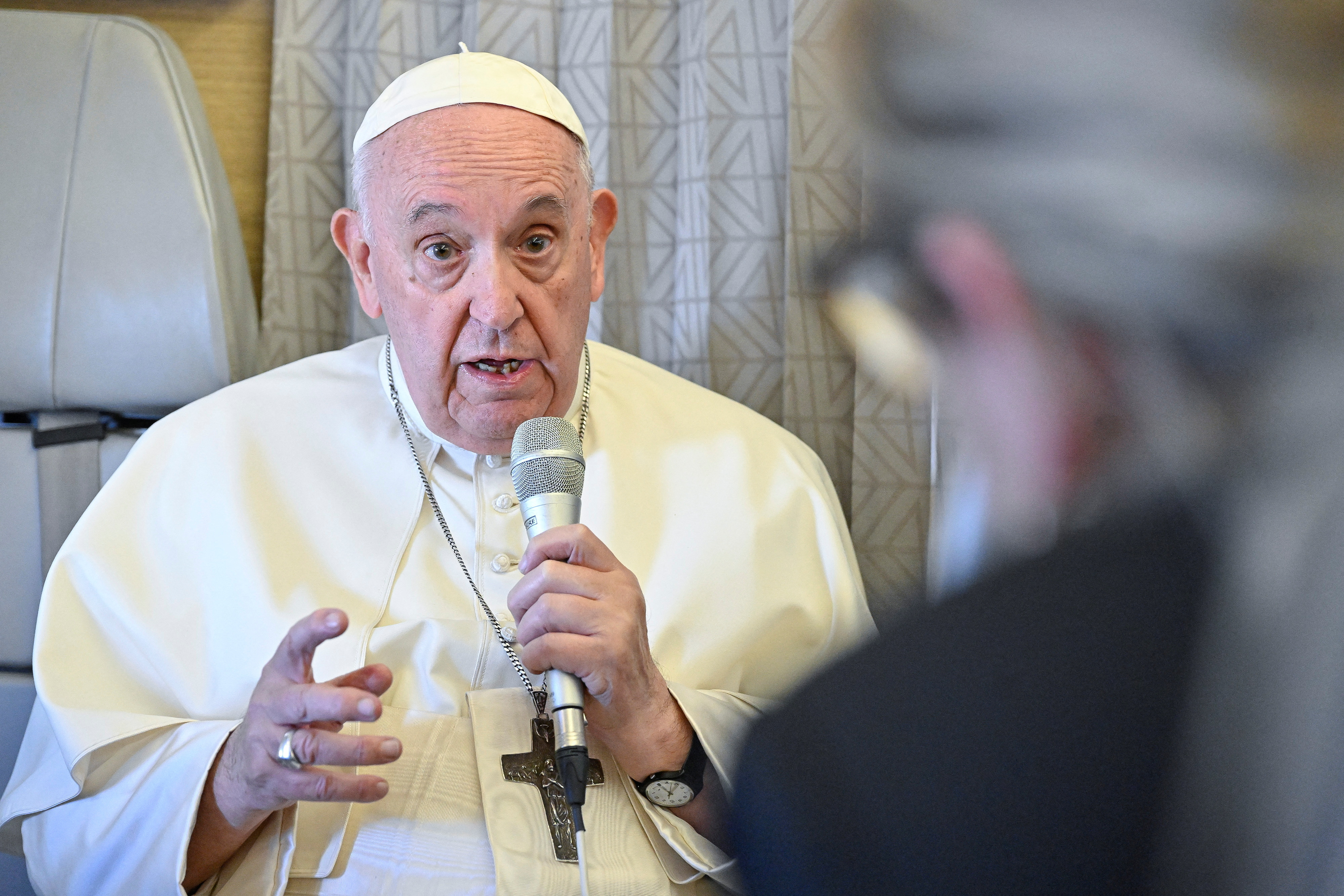 PAPLE PLANE, Sept 15 (Reuters) – Pope Francis said on Thursday it was morally legitimate for nations to supply weapons to Ukraine to defend the country against Russian aggression.

Speaking to reporters on a plane returning from a three-day trip to Kazakhstan, Francis urged Kyiv to remain open to a final dialogue, even if it “smells” that it would be difficult for the Ukrainian side.

The war in Ukraine, which Russia invaded on February 24, provided the backdrop for the Pope’s visit to Kazakhstan, where he participated in a congress of religious leaders from around the world. Read on

During a 45-minute airborne news conference, a reporter asked if it was morally right for countries to send weapons to Ukraine.

“It’s a political decision that can be morally, ethically acceptable if it’s made in terms of morality,” Francis said.

He expounded on the “Just War” principles of the Roman Catholic Church, which allow the use of lethal weapons in self-defense against an aggressor nation.

“Self defense is not only legal but also an expression of love for motherland. Whoever does not defend himself, who does not defend something, does not like it. Those who defend (something) like it,” he said.

Explaining the difference between whether supplying arms to another country is moral or immoral, Francis said:

“If the intention is to incite more war or to sell weapons or dispose of weapons that (the country) no longer needs, it can be immoral. The morality of this action greatly motivates,” he said.

The pope, who is on his second international tour due to a knee ailment, was asked in a sitting rather than standing news conference whether Ukraine should negotiate with the country it invaded, and what should Ukraine do if there is a “red line”. A draw, depending on Russian activity, after which it may refuse to negotiate.

“It is always difficult to understand the dialogue with the countries that have started the war… it is difficult but it should not be discarded,” he said.

“I will not rule out dialogue with any power at war, even if it is with the aggressor. … Sometimes you have to have that dialogue. It stinks but it has to be done,” he said.

The Pope used the Italian word “pazza” (smell or stench), which is the English equivalent of “holding one’s nose” to do something one does not prefer.

“It (dialogue) is always one step ahead, with arms outstretched, always. Because otherwise we close the only reasonable door to peace,” Francis said.

“Sometimes they (aggressors) don’t accept dialogue. What a pity. But dialogue should always be done or at least offered. And it’s good for those who give it,” he said.