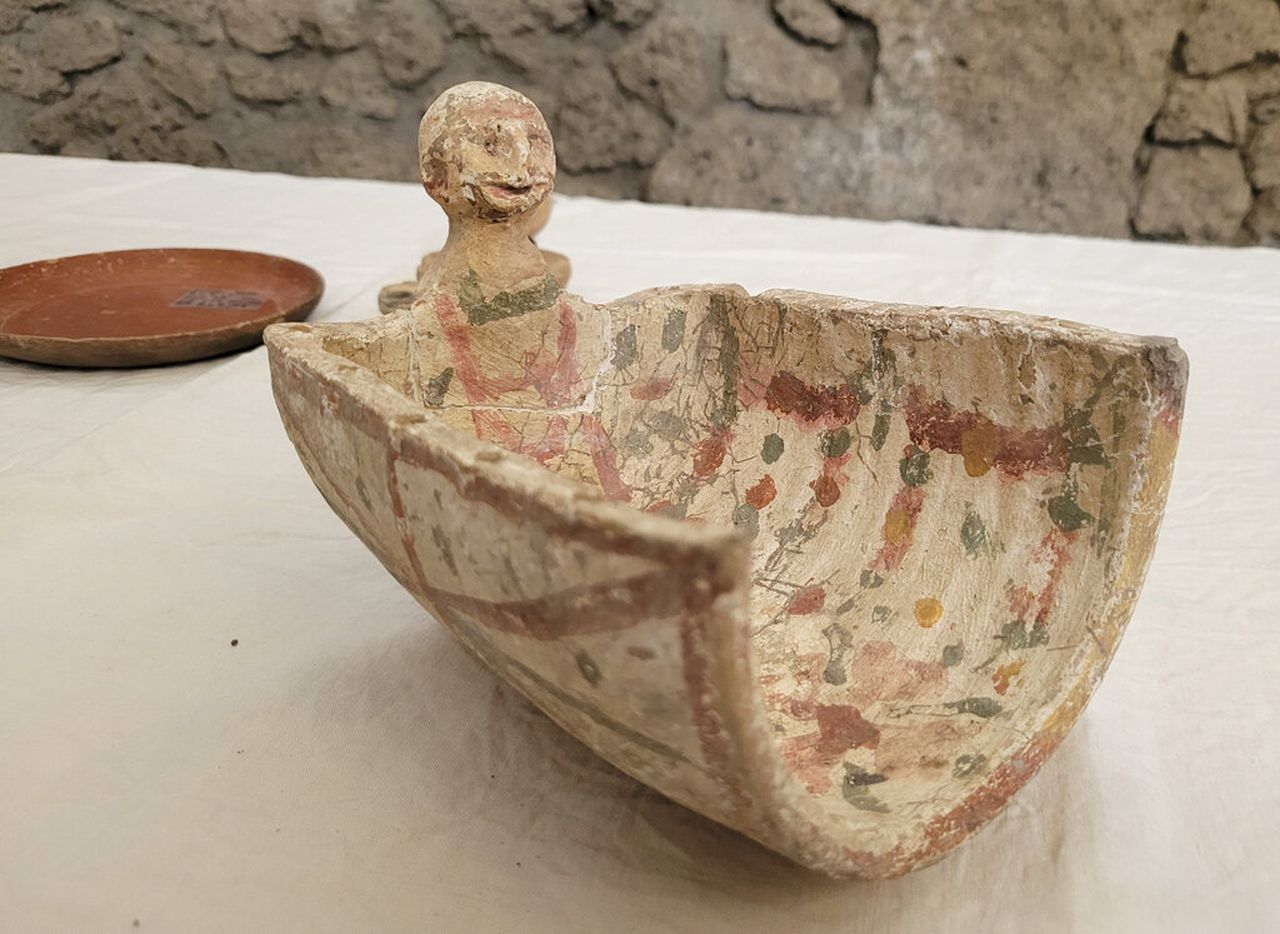 A trunk with a lid is kept open. A wooden dishware cupboard, with its shelves. Three-legged accent tables are topped with decorative bowls. These latest discoveries by archaeologists are enriching knowledge of middle-class life in Pompeii before the devastating eruption of Mount Vesuvius, after the ancient Roman city was buried under volcanic debris.

The archaeological park of Pompeii, one of Italy’s top tourist attractions, announced the latest discovery on Saturday. Its director, Gabriel Zuchtrigel, said the excavation of the “domus,” or house rooms, which were first discovered in 2018, revealed valuable details about the domestic environment of ordinary citizens of the city, which was destroyed in 79 AD.

Over the past decades, excavations have focused largely on the grand, elaborately frescoed villas of Pompeii’s upper-class residents. But archaeological activity in the wider area near modern-day Naples has increasingly focused on the lives of the middle class as well as servants and other enslaved people.

“In the Roman Empire, there was a large part of the population that struggled with their social status and for whom ‘daily bread’ was anything given,” Zucktrigel said. “A vulnerable class amid political crisis and food shortages, but ambitious about climbing the social ladder.”

Recent finds include furniture and household items from the domus, which was named the House of the Larario for the area of ​​the house dedicated to the domestic spirits known as lares. There is one in the courtyard of a house found in 2018.

Zucktrigel noted that the courtyard contained an exceptionally decorated tank, “apparently, the (financial) resources were not sufficient to decorate the five rooms of the house.” One room was apparently used with unpainted walls and a mud floor. Storage

In the bedroom, archaeologists found the remains of a bed frame with a trace of fabric from the pillow. The type of bed is similar to a triple, cot-like bed found last year in a small room in another residence that doubled as a storeroom and sleeping quarters for a family of Pompeii’s enslaved residents.

The bedroom findings announced on Saturday also included the remains of a wooden trunk with an open lid. Although the trunk was heavily damaged by the weight of beams and ceiling panels brought down by the volcanic eruption, among the objects found inside was an oil lamp decorated with a bas-relief depicting the transformation of the ancient Greek god Zeus into an eagle. Adjacent was a small, three-legged round table, similar to the accent tables in vogue today.

Opening the storeroom revealed a wooden cupboard, its backboard still intact but the cupboard tucked inside. Archaeologists believe the closet had at least four paneled doors and housed cooking pots and pans for a nearby kitchen. Excavators found a hinge in the fence.

Other objects found in the house include a large piece of well-preserved incense burner with a translucent, rimmed plate and cradle-like shape in bright colors of cobalt blue and emerald.