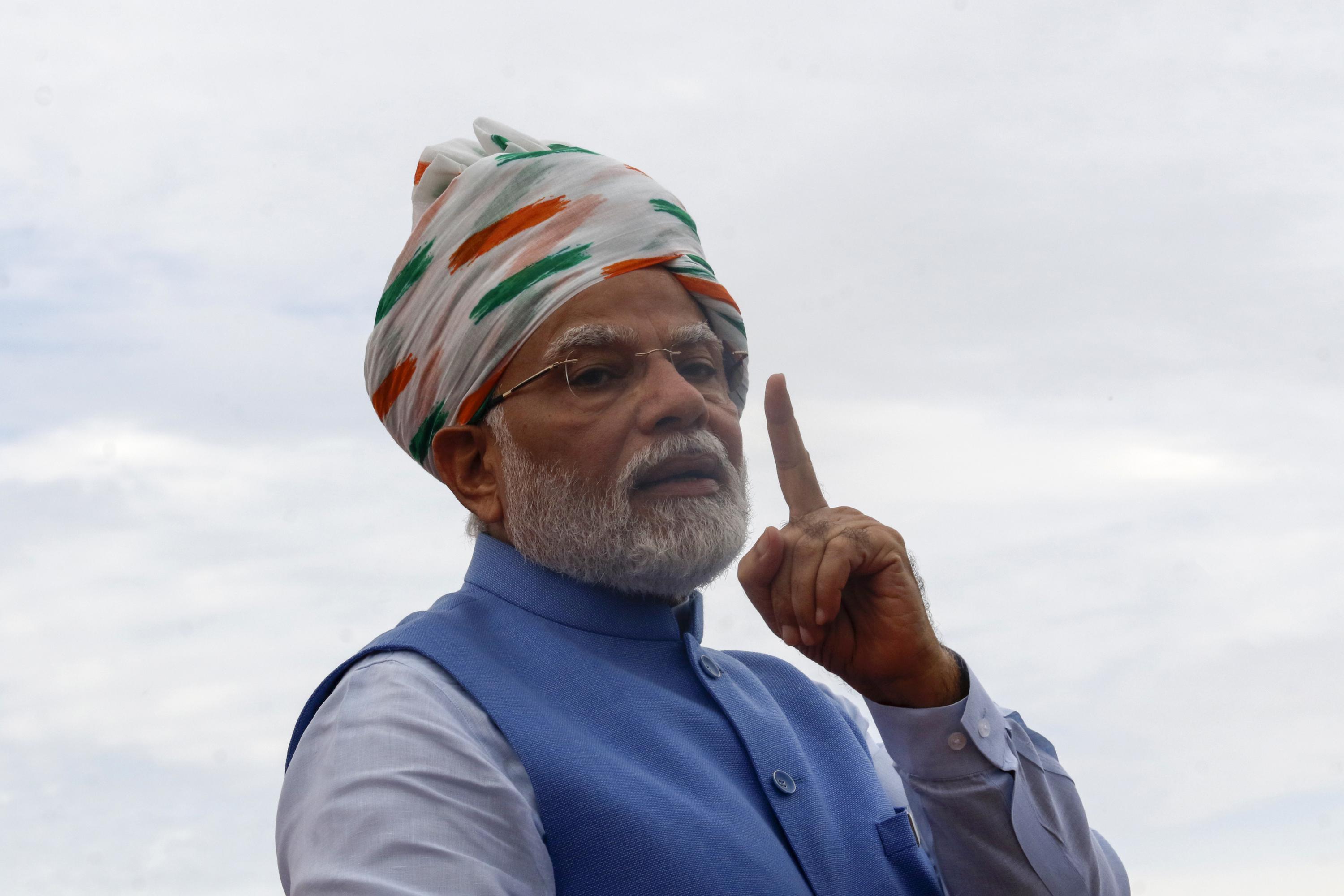 NEW DELHI (AP) — Prime Minister Narendra Modi has vowed to lift millions of people out of poverty And make India a developed nation in the next quarter century as it completes 75 years of independence from British rule.

Wearing a flowing, cream-colored turban printed with small stripes of orange, white and green, the colors of the country’s flag, Modi addressed the nation on Monday from New Delhi’s 17th-century Mughal-era Red Fort, with the world watching India. To help solve global problems.

Modi said, journey of last 75 years India had seen ups and downs fighting all odds with resilience and perseverance. He asked people to remove any trace of colonial mentality.

India will be guided by the ideal of self-reliance and the spirit of international partnership to achieve excellence in science and technology, establish industries and achieve food and energy security, Modi said. He said that billions of dollars of investment are flowing into the country and it is becoming a manufacturing hub.

India’s efforts have made the country of 1.4 billion a leader in information technology, pharmaceuticals, space science and civilian nuclear power.

Modi said millions of people across the country are commemorating the 75th anniversary of independence as part of the government’s drive to “awaken the spirit of patriotism in every heart”. India’s Parliament, Presidential Palace, National Monuments and other government offices were illuminated with multicolored lights.

The main opposition Congress accused the Modi government of keeping opposition parties away from the celebrations.

“There were special programs in the historic Central Hall of Parliament to mark the 25th, 50th and 60th anniversaries of India’s independence,” said Jairam Ramesh, spokesperson of the Indian National Congress Party. “Unfortunately, nothing has been organized to mark the 75th anniversary, which has been reduced to an occasion to glorify the omniscient,” a term meaning “all-knowing person” in reference to Modi.

US President Joe Biden, in a statement to mark India’s Independence Day, said the two countries are indispensable partners based on a shared commitment to the rule of law and the promotion of human freedom and dignity.

Biden said he believes “both countries will stand together to protect the rules-based order; promote greater peace, prosperity and security for our people; pursue a free and open Indo-Pacific; And together we will tackle global challenges.”

India and the US have been deepening their security partnership, underscoring their mutual concerns about China’s growing influence in the region. They are both part of the regional Quad Alliance that also includes Japan and Australia and focuses on China’s growing economic and military power. China has called the Quad an attempt to curb its ambitions.

In his 80-minute speech, Modi made no reference to India’s strained relations with close neighbor Pakistan. and China, or any steps to improve relations.

He called for unity going forward but did not respond to experts and critics who say the country is slowly drifting away from some commitments and that the process of backsliding has accelerated since Modi came to power in 2014. They accuse their populist government of unbridled political exploits. Power to undermine democratic freedom and is busy pursuing a Hindu nationalist agenda.

Modi promised to fight political corruption and nepotism, which are acting as termites eating away the benefits of development.