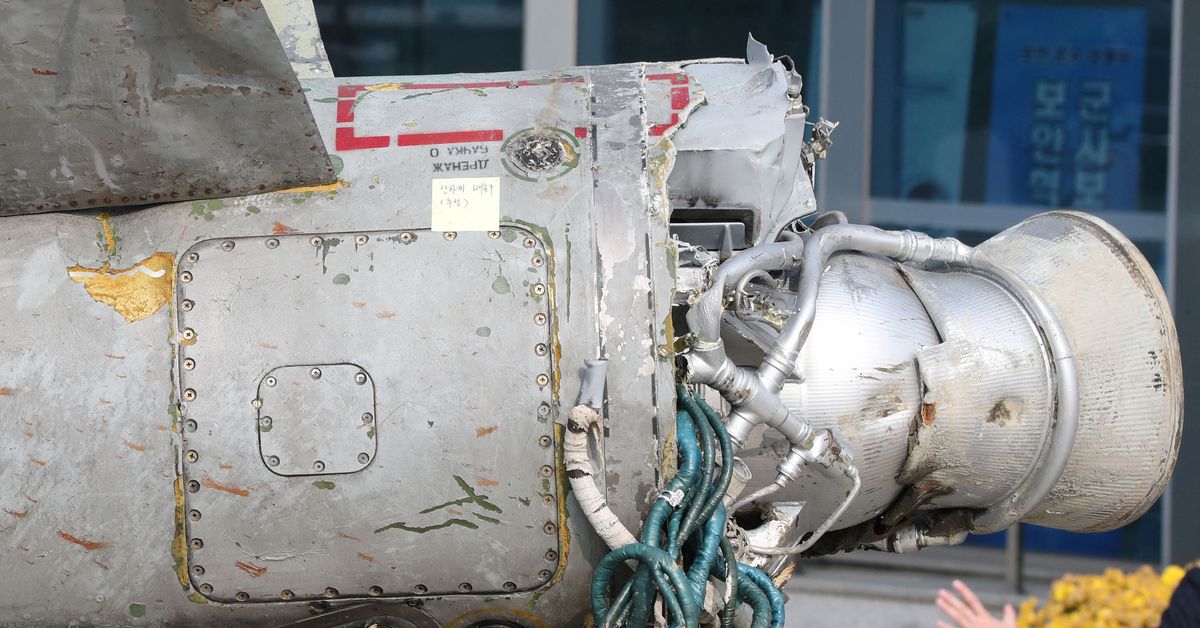 SEOUL, Nov 9 (Reuters) – North Korea fired at least one ballistic missile into the sea on Wednesday, as South Korea identified debris from an earlier launch as part of a Soviet-era SA-5 surface-to-air missile. .

Japan’s coast guard said the ballistic missile was seen falling into the sea minutes after launch.

The missile flew to an altitude of 50 km (31.07 miles) and covered a range of 250 km, Japanese Defense Minister Yasukazu Hamada told reporters.

He said the government had lodged a strong protest with North Korea through diplomatic channels through Beijing.

Seoul’s Joint Chiefs of Staff (JCS) also said it had detected the launch of an unspecified ballistic missile from North Korea.

The launch came after an analysis of what South Korea initially said was part of a North Korean short-range ballistic missile (SRBM) that landed near South Korean waters last week.

However, analysis showed that the piece, about 3 meters (3.3 yards) long and 2 meters wide, was part of an SA-5 anti-aircraft missile, the Defense Ministry said, citing its appearance and characteristics.

The ministry said the launch violated a 2018 inter-Korean military agreement that banned any activities that could escalate tensions along the border.

The US Indo-Pacific Command said in a statement that it was aware of the launch and assessed that it did not pose an immediate threat to US personnel or the region or its allies. It also condemned the destabilizing effects of Pyongyang’s missile programs.

It was the first time a North Korean ballistic missile landed near South Korean waters.

South Korean and US officials have also said Pyongyang has made technical preparations to test a nuclear device, the first time it has done so since 2017.

The SA-5 is an air defense missile originally designed by the Soviet Union, where it was designated the S-200, to shoot down strategic bombers and other high-altitude targets.

According to the Center for Strategic and International Studies’ Missile Defense Project, the missile was exported around the world and is still in service in at least a dozen countries.

According to “The Armed Forces of North Korea: On the Path of Songun,” a 2020 survey by Dutch researchers, North Korea took delivery of the SA-5 system in the mid-1980s.

“The two sites equipped with these very long-range systems cover the entire North Korean airspace as well as a large part of the South,” the researchers wrote.

“However, being designed to counter strategic aircraft, their use against modern fast jet aircraft such as the F-15 and F-16 is questionable to say the least.”