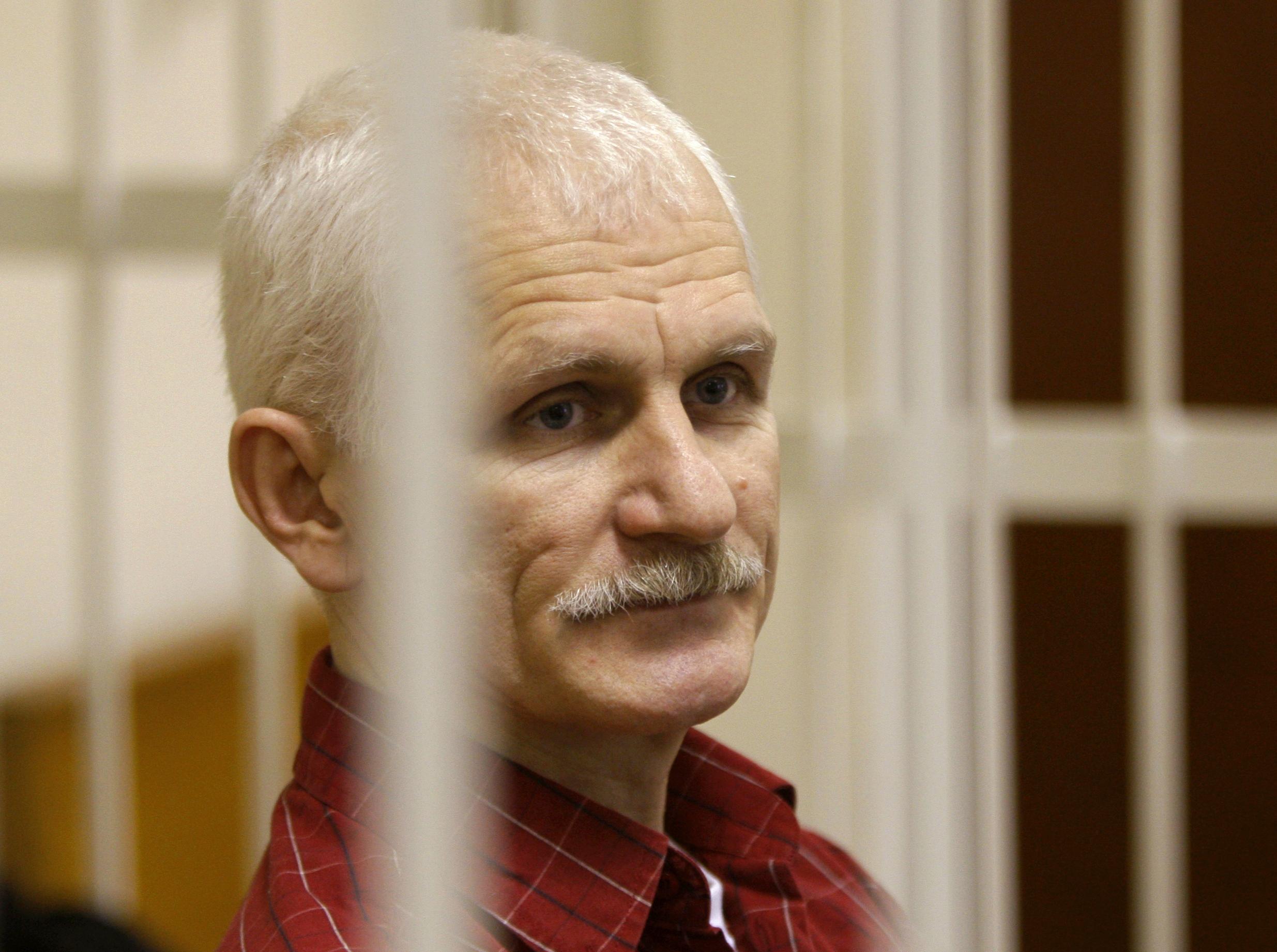 “We’re in the middle of a war and we’re talking about two authoritarian regimes and a nation fighting a war and we want to highlight the importance of civil society,” she said.

In Ukraine, there was some resentment at the Nobel committee for awarding the award to a Ukrainian group with activists from Russia and Belarus, whose government allowed Russian troops to invade Ukraine from its territory at the start of the war.

Ukrainian presidential adviser Mykhailo Podoliak tweeted that the Nobel committee “has an interesting understanding of the word ‘peace’ if representatives of two countries that attacked a third receive the prize together”.

“Neither Russian nor Belarusian organizations are capable of resisting war,” he added.

Belarus’ Foreign Ministry slammed the Nobel committee for honoring Biliatsky, with a spokesman calling the selections in recent years so “political” that “Alfred Nobel is tired of turning in his grave.”

Olav Njalstad, director of the Norwegian Nobel Institute, countered: “Well, I’m sure we understand Alfred Nobel’s will and intentions better than the dictatorship in Minsk.”

Asked if the Nobel committee was deliberately bashing Putin, whose 70th birthday was on Friday, Reiss-Anderson said the prize was not against anyone but for democratic values. However, she noted that both the Russian and Belarusian governments are “repressing human rights activists.”

It was the second year in a row that Putin’s repressive government was clearly rebuked by the award. This award last year o Dmitry Muratov, editor of the independent Russian newspaper Novaya Gazeta, and Maria Ressa, a Filipino journalist, for their efforts to defend freedom of expression. Both have struggled Last year.

Biliatsky was a leader of the pro-democracy movement in Belarus in the mid-1980s and continues to campaign for human rights and civil liberties. He founded the Human Rights Center Viasna, an NGO.

He was detained following protests against the re-election of Belarusian President Alexander Lukashenko in 2020. He remains in jail without trial and faces up to 12 years in prison if convicted.

“Despite enormous personal hardships, Mr. Bilyatsky has not gained an inch in his fight for human rights and democracy in Belarus,” Reiss-Anderson said.

Exiled Belarusian opposition leader Svyatlana Tsikhanousskaya, visiting Paris, told The Associated Press that she was “honored and happy” that Bilyatsky was one of the award winners and believed it would bring more international attention to human rights abuses in her homeland.

Tsikhanouskaya, whose husband is also in prison, said that Bilyatsky is “suffering a lot in the punishment cells” in Belarus.

Svetlana Aleksievich, a Belarusian journalist and writer who won the 2015 Nobel Prize in Literature, called Bilyatsky “a great personality”. She added that Biliatsky is “seriously ill” and needs medical treatment, but is “unlikely to be released from prison.”

“What Viasna, which he founded, has done and is doing in the current situation is in his soul, in his philosophy,” Aleksievich told reporters.

The memorial was established in the Soviet Union in 1987 to commemorate the victims of communist oppression. He continues to collect information on human rights abuses and track the fate of political prisoners in Russia. The country’s Supreme Court ordered its closure in December, the latest step in a relentless crackdown on rights activists, independent media and opposition supporters.

Tatyana Glushkova, a board member of the Memorial Human Rights Defense Center, said one reason the Kremlin considers the group a threat is because it perceives and informs people about “parallels between Putin’s regime and the Soviet regime.”

Glushkova noted that the award was given to the group on the day they had to appear in court again in Moscow – this time on a case related to their office building in central Moscow.

The Center for Civil Liberties was founded in 2007 to promote human rights and democracy in Ukraine during the country’s turmoil. Since Russia’s invasion in February, the group has worked to document Russian war crimes against Ukrainian civilians.

“The Center is playing a leading role in holding guilty parties accountable for their crimes,” said Race-Anderson.

Volodymyr Yavorsky, a researcher at the center, said the award was important to the organization because “for many years we worked in a country that was invisible.”

“Human rights activism is the main weapon against war,” said Yavorsky, who is married to a Belarusian and lived in the Belarusian capital of Minsk until May 2021, when he was deported. With his 9-year-old son. He was banned from entering Belarus for 10 years and was beaten by law enforcement during interrogation.

The prize carries a cash prize of 10 million Swedish kroner (about $900,000) and will be awarded on December 10. The money comes from a bequest left in 1895 by the creator of the prize, Swedish inventor Alfred Nobel.

Olav Njoelstad, secretary of the prize committee, told the AP that if Biatski could not receive the award in person, he could ask a representative to collect it, as did Polish winner Lech Walesa in 1983. Otherwise, the committee might opt ​​to place a symbolically empty chair on stage, like the one won by jailed Chinese rights activist Liu Xiaobo in 2010.

Follow all AP stories about the Nobel Prizes at https://apnews.com/hub/nobel-prizes