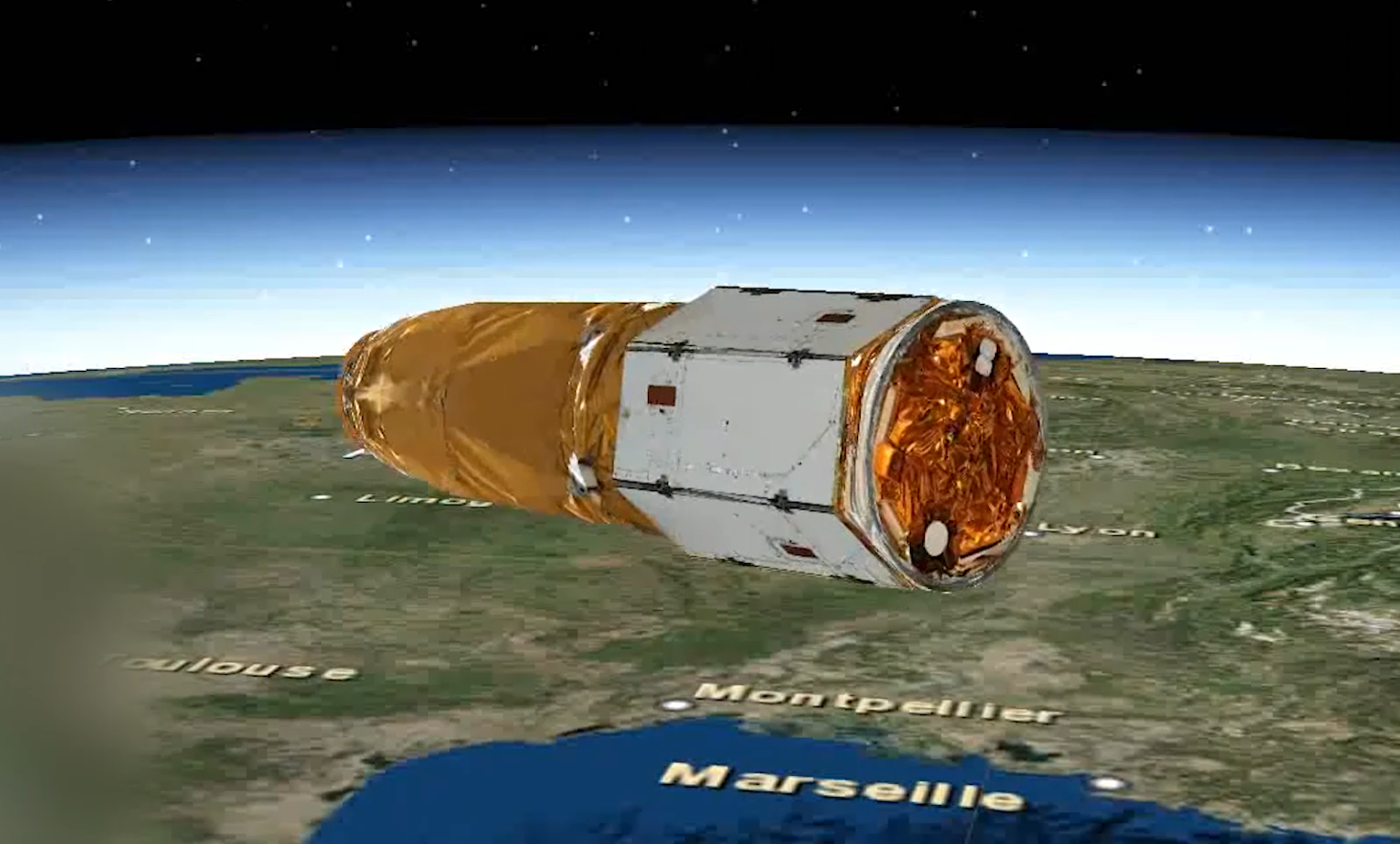 A new Iranian satellite has surveillance capabilities that pose serious problems for Israel due to its ability to monitor sensitive sites in the country, taking high-resolution images of objects on the ground, experts have warned.

Khayyam satellite, built and launched By Russia on behalf of Iran, it blasted into orbit on Tuesday from the Russian-controlled Baikonur Cosmodrome in Kazakhstan.

Hours later, Iranian media reported that the first telemetry had been received from the spacecraft.

Iran’s space agency said the satellite would be used for agricultural and water resources planning, and the Russian embassy in Tehran said the spacecraft was intended for non-military purposes, The New York Times reported. Reported tuesday

But Western experts have no doubt that the satellite is for spying.

“As far as Iran is concerned, this is a real breakthrough – for the first time an Iranian owns and operates a satellite with high imaging resolution, much better than what has been happening so far,” said Tal Inbar, senior research fellow at The nonpartisan US-based Missile Defense Advocacy Alliance told the New York Times.

Inbar said the satellite’s imaging capabilities would pose a significant challenge to Israel, which itself has long used such technology.

“From now on, Iran will be able to gather more accurate intelligence for the military operations of its forces as well as for the organizations it supports,” Inbar said, and that includes real-time operations by Iran or any militia group. It’s backwards.

“It’s about bridging the technological gap between Iran and Israel and the United States,” Inbar said.

Responding to the claims, the head of Iran’s space agency, Hassan Salarih, told reporters on Wednesday that the spying accusation was “basically childish.”

“Sometimes, certain comments are made to create tension; It is basically childish to say that we want to spy through Khayyam satellite,” he said.

“The Khayyam satellite is designed entirely to meet the country’s crisis and urban management, natural resources, mines, agriculture and other needs.”

Now this 600 kg satellite has been named after him. It was launched into space this morning with the help of Russia pic.twitter.com/5o6upUK2Gp

Under Khayyam, despite Iran’s space agency’s claim that it is for peaceful purposes, the Times reported that analysts affiliated with Iran’s Islamic Revolutionary Guard Corps boasted on social media that it would be able to monitor US military bases and Israel.

Last week, two Western security officials told The Washington Post that the satellite has a resolution of 1.2 meters, meaning it can photograph objects of at least that size.

That’s a significant improvement over Iran’s existing capabilities but still nowhere near the capabilities of U.S. intelligence or high-level commercial satellite imagery providers, he said.

But perhaps the biggest boost for Iran would be the ability to use satellites to continuously monitor military sites in Israel or other key infrastructure locations in the Gulf states, the officials said, speaking on condition of anonymity because they were not authorized to speak. Subject.

Experts say Iran may also share the information it collects with terrorist groups like Hezbollah in Lebanon.

Richard Goldberg, a former Iran analyst on the Trump administration’s National Security Council and now a senior adviser at the Foundation for Defense of Democracies, a Washington-based think tank, told the Washington Post that satellites are a “clear and present” threat. America and its allies.

“As Iran perfects its missile arsenal — short, medium to long-range missiles, along with growing UAV capabilities throughout the Middle East — adding satellite capabilities and surveillance to those capabilities will only increase the lethality of Iran’s threat,” Goldberg said.

However, Khayyam’s first task may not be to spy on Israel, but Ukraine. 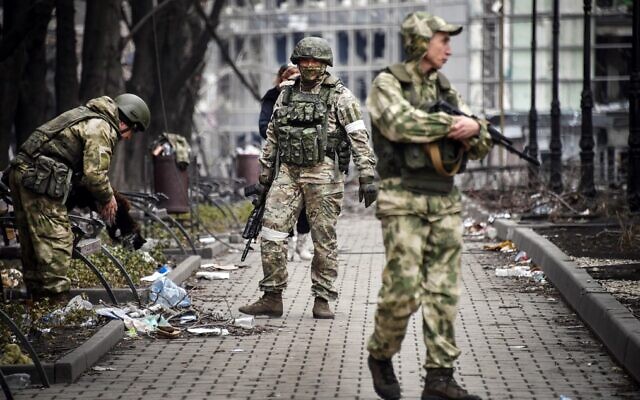 Russian soldiers walk down the street in Mariupol on April 12, 2022. (Alexander Nemenov/AFP)

Western security officials have told the Post that Russia intends to use Iran’s Khayyam satellite to aid its ongoing offensive against its neighbor, which began in February and has faced stiff Ukrainian resistance.

Moscow will use the satellite for several months to monitor military targets, the two officials said.

Russia’s embassy in Washington declined to comment on their claims, the Post said. US administration officials also would not comment on Russia’s possible use of satellites against Ukraine.

Fars New Agency of Iran Reported The first data was received from the satellite on Tuesday.

The satellite is in orbit 500 kilometers (310 miles) above Earth and will send images four times a day, according to Fars.

Iran’s Communications and Information Technology Minister Isa Zarepour, who was in Kazakhstan to watch the launch, said the launch of the satellite on a Russian rocket “marks the beginning of Iran-Russia strategic cooperation in space.”

Zarepour added that his country would continue to work to develop its own launch capability.

Although the launch is seen as an example of greater cooperation between Iran and Russia as Moscow faces international isolation over its invasion of Ukraine, the deal for the satellite project was signed four years ago.

As Moscow’s international isolation grows under the weight of Western sanctions on Ukraine, the Kremlin is trying to pivot Russia to the Middle East, Asia and Africa and find new customers for the country’s troubled space program. 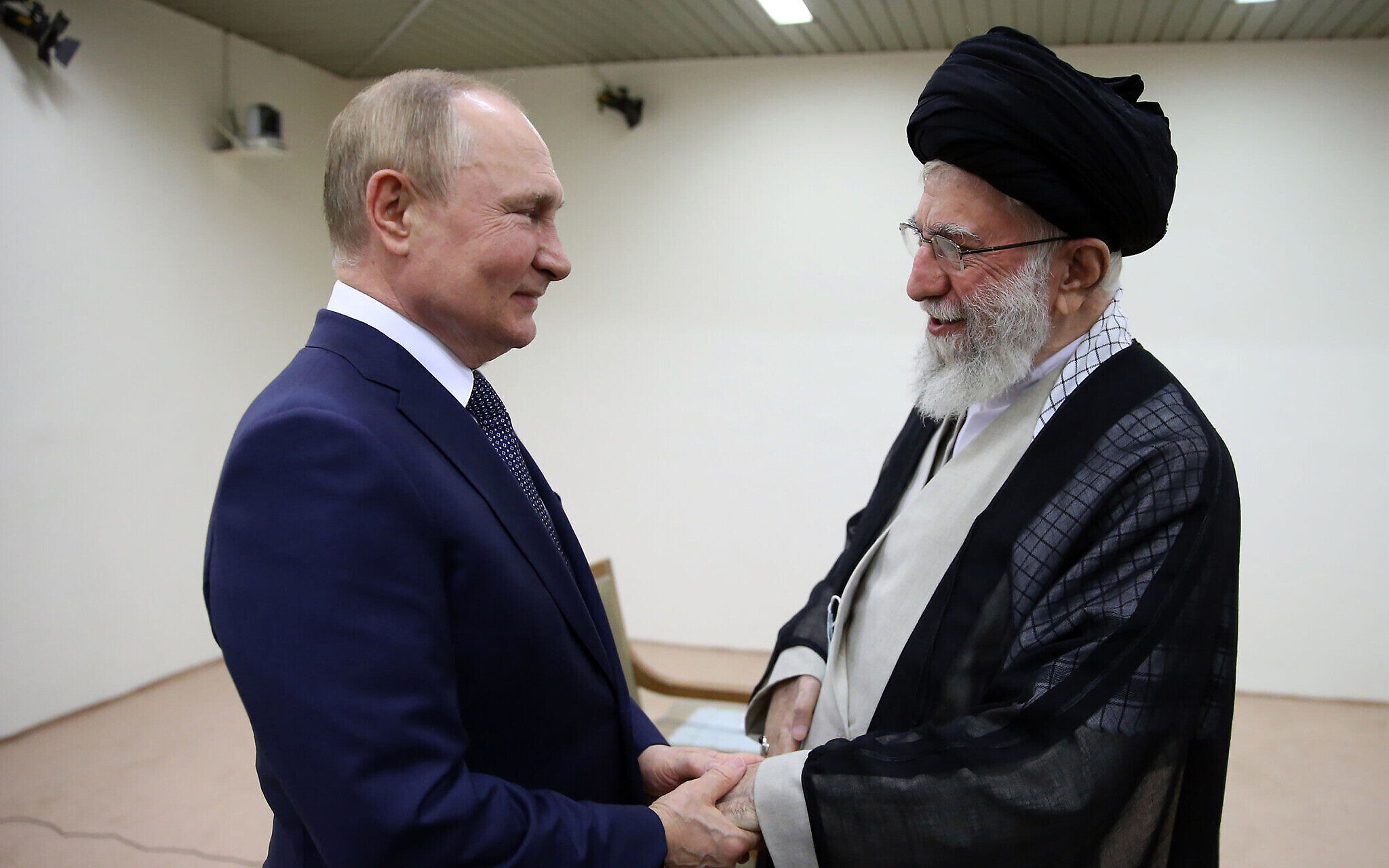 An unidentified American official said CNN reported Tuesday that Washington believes the Russian military has begun training in Iran to use combat drones made by the Islamic Republic.

Named after the 11th-century Persian polymath Omar Khayyam, Khayyam was not the first Iranian satellite launched by Russia. In 2005, Iran’s Sina-1 satellite was launched from Russia’s Plesetsk Cosmodrome.

Iran launched its first successful satellite in 2009, but in the decade since, about 67 percent of orbit launches have failed. The New York Times stated that other space agencies around the world have a 5% failure rate.