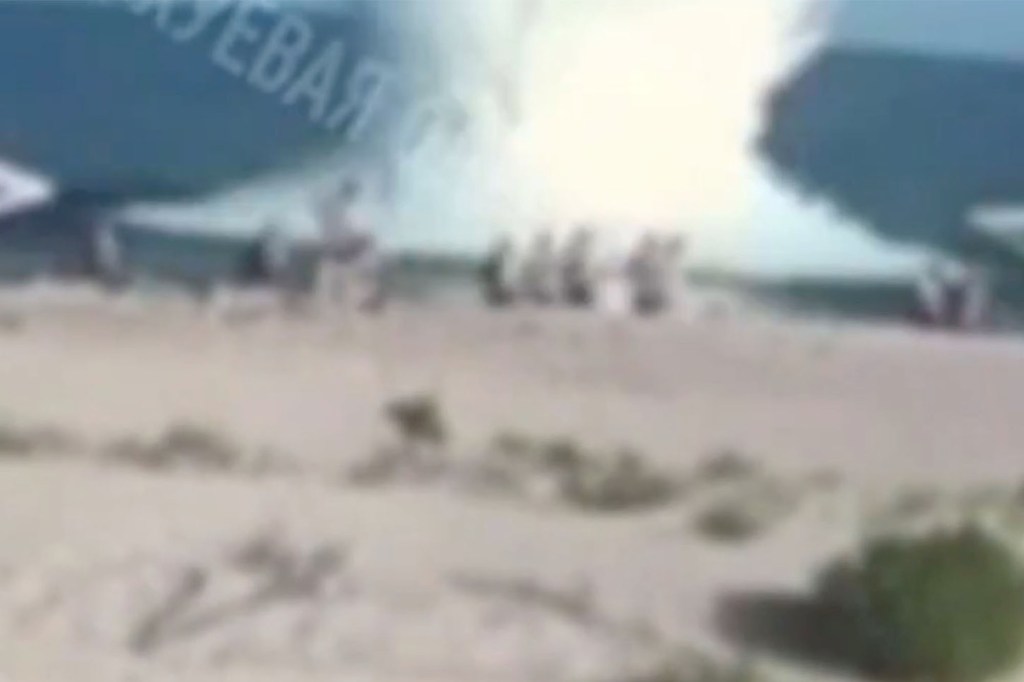 A mine exploded on a beach in Ukraine, killing three people and injuring two others, local authorities said Monday.

Footage shows the fatally maimed beachgoers swimming Saturday at the beach in Zatoka, Ukraine’s Odesa region, where millions of residents and tourists spend their summer holidays near the Black Sea.

Odessa police colonel Lyubov Hordievska said the three victims were pulled from the water “without any signs of life”. Two others were hospitalized and their condition was not immediately clear.

“We want to emphasize once again the dangers of swimming in the waters of the Odessa region,” said Hordivska. “It is dangerous and forbidden.”

The body of one victim, who was not immediately identified, was carried to the beach by paramedics on a stretcher. Later the area was cordoned off with police tapes, video shows.

Odesa’s military forces closed the port city’s beaches in February due to the threat of airstrikes by Russian forces. The Kyiv Post reported.

Russian forces dumped mine waste on the Black Sea coast early in the February invasion of Ukraine. They later drifted to the coast and at least five people were killed by the mines before Saturday’s explosion, the outlet said.

US State Department announced last week It will provide $89 million to clean up Ukraine’s mines. Around 100 teams will be deployed to the war-torn nation to locate and safely dispose of the equipment.

Ukrainian officials estimate that more than 61,000 square miles — roughly 12 percent larger than the size of New York state — may be contaminated by mines, according to the State Department.