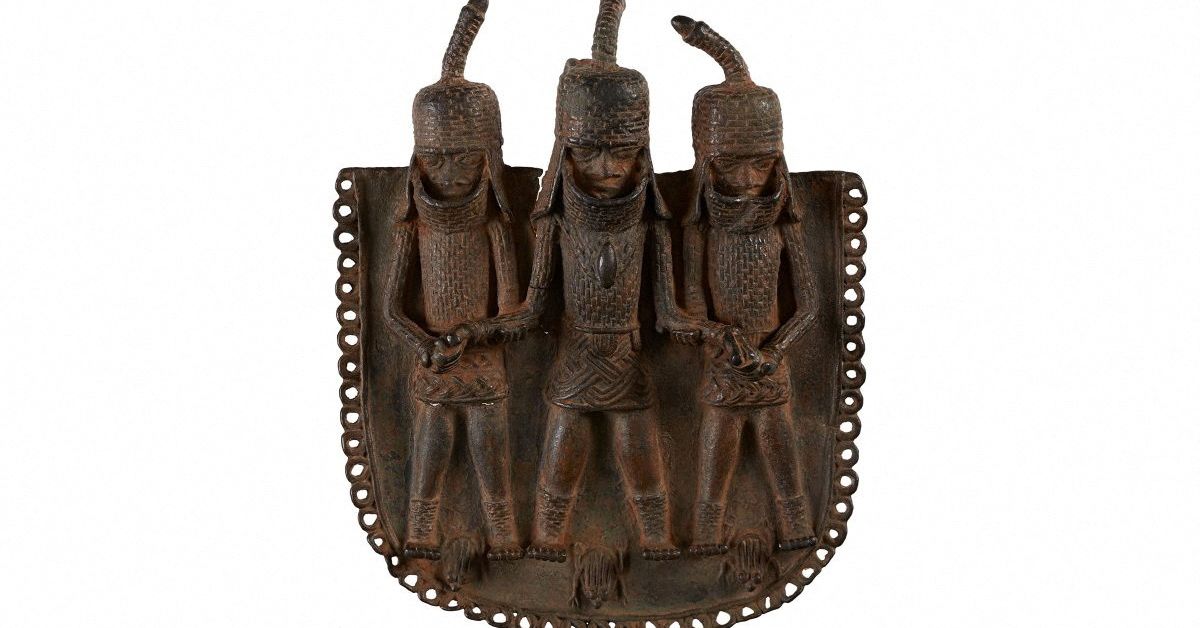 LONDON, Aug 7 (Reuters) – London’s Horniman Museum said on Sunday it would return 72 artefacts, including 12 bronze plaques known as the Benin Bronzes, to the Nigerian government looted by British soldiers from Benin City in 1897.

Crafted from brass and bronze in the once mighty kingdom of Benin, in what is now southwestern Nigeria, since at least the 16th century, Benin bronzes are one of Africa’s most culturally significant artefacts.

It was confiscated along with thousands of other objects in the British military invasion and ended up in museums in Europe and the United States.

African countries have fought for years to recover works looted by explorers and colonizers, while Western institutions grapple with the cultural legacy of colonialism.

German authorities last month returned the first of more than 1,100 valuable sculptures to Nigeria, following examples set last year by Jesus College at the University of Cambridge and the Quai Branly museum in Paris. Read on

A square bronze pendant or ornament, London’s Horniman Museum, looted by British soldiers from Benin City in 1897 and said to be returned to the Nigerian government, is pictured in this undated handout image. Horniman Museum and Gardens/Handout via REUTERS

Horniman said Nigeria’s National Commission for Museums and Monuments (NCMM) had earlier in the year requested the return of the artefact.

“The evidence that these objects were obtained by force is very clear and external consultation supports our view that it is ethical and appropriate to return their ownership to Nigeria,” said Eve Solomon, chair of trustees at the Horniman Museum and Gardens.

“Horniman is pleased to be able to take this step, and we look forward to working with NCMM to provide long-term care for these precious artifacts.”

The return is likely to increase pressure on the British Museum in London, which holds the largest and most important collection of Benin bronzes ever.