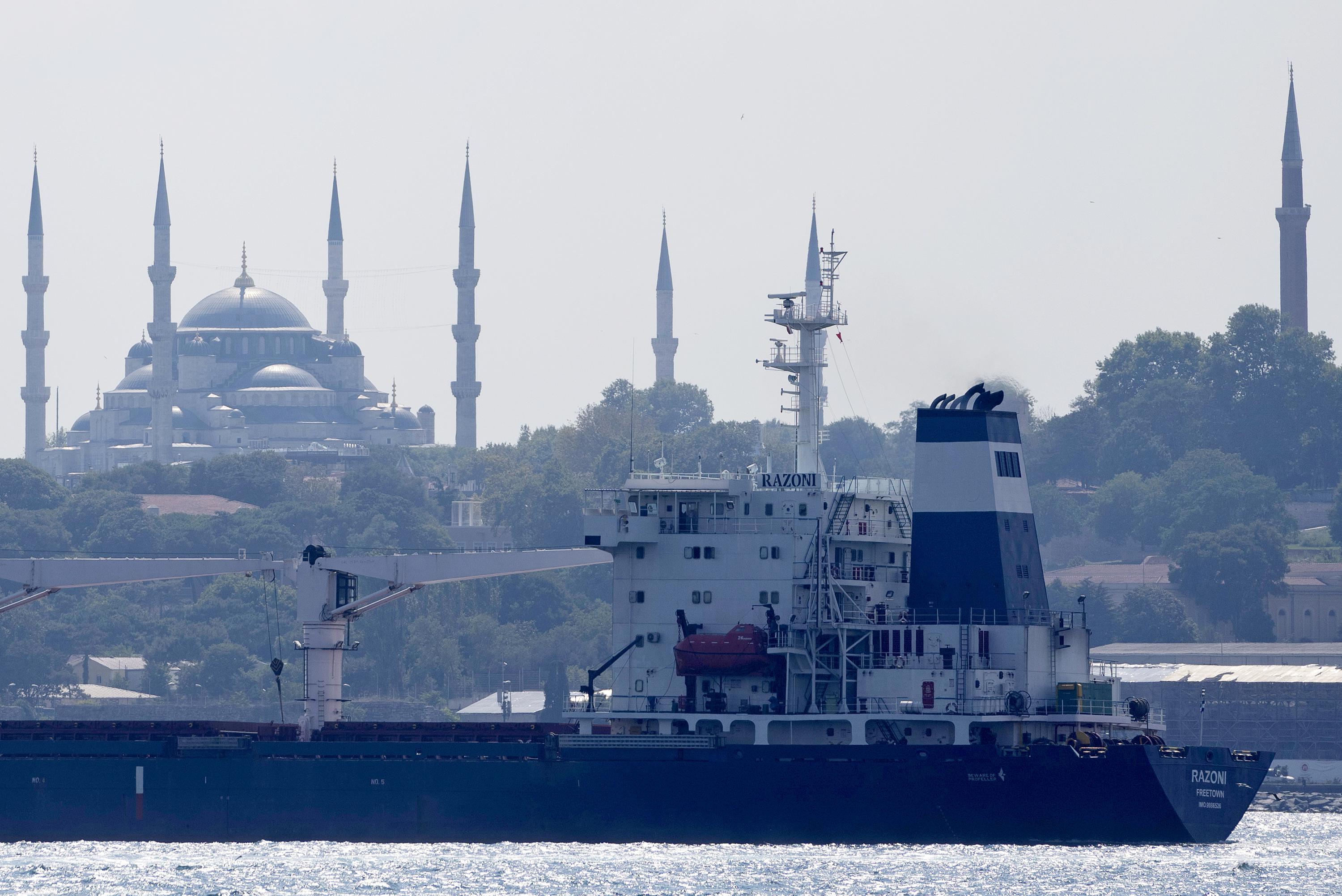 BEIRUT (AP) – The cargo of the first grain ship that left Ukraine under a wartime agreement has been resold several times and there is now no information about its location and the cargo’s destination, the Ukrainian embassy in Beirut said Monday.

The Sierra Leone-flagged ship Rezoni, which left Odessa on August 1 and transited the Black Sea carrying Ukrainian corn, later checked in Turkey. They were initially headed to Lebanon with 26,000 metric tons of corn for chicken feed. A buyer of corn in Lebanon later refused to accept the shipment, because it was delivered much later than agreed.

Razoni’s tracker has been off for the past three days and the last transmission saw him on the east coast of the Mediterranean island of Cyprus.

It was not clear whether Razoni’s tracker was off as it headed to a port in Syria, which Ukraine, a strong ally of Russia, accuses of importing stolen grain from Ukraine.

Syria is also under Western sanctions as the 11-year conflict there has killed hundreds of thousands of people. Syrian port officials could not immediately be reached for comment.

“Our task was to reopen the ports for grain cargo and it has been completed,” Ukraine’s embassy in Beirut said in a statement in English, adding that 16 ships had transported 450,000 tons of agricultural products from Ukraine to date. The agreement was brokered by Turkey and the United Nations with Russia and Ukraine.

The embassy said Razoni was the first ship to leave Ukraine under the agreement and was then inspected in Istanbul before successfully proceeding to its destination.

“We have no information about the destination status of the ship and cargo,” he said. “We have information that the cargo has since been resold a few times.”

The embassy said: “We (are) not responsible for the ship and its cargo, especially when it leaves Ukraine, except after the ship leaves a foreign port.”

The Black Sea region is often referred to as the breadbasket of the world, with Ukraine and Russia major global suppliers of wheat, corn, barley and sunflower oil that millions of poor people in Africa, the Middle East and Asia depend on for survival.

An estimated 20 million tonnes of grain – most of it said to be destined for livestock – has been stuck in Ukraine since the start of the 6-month war.