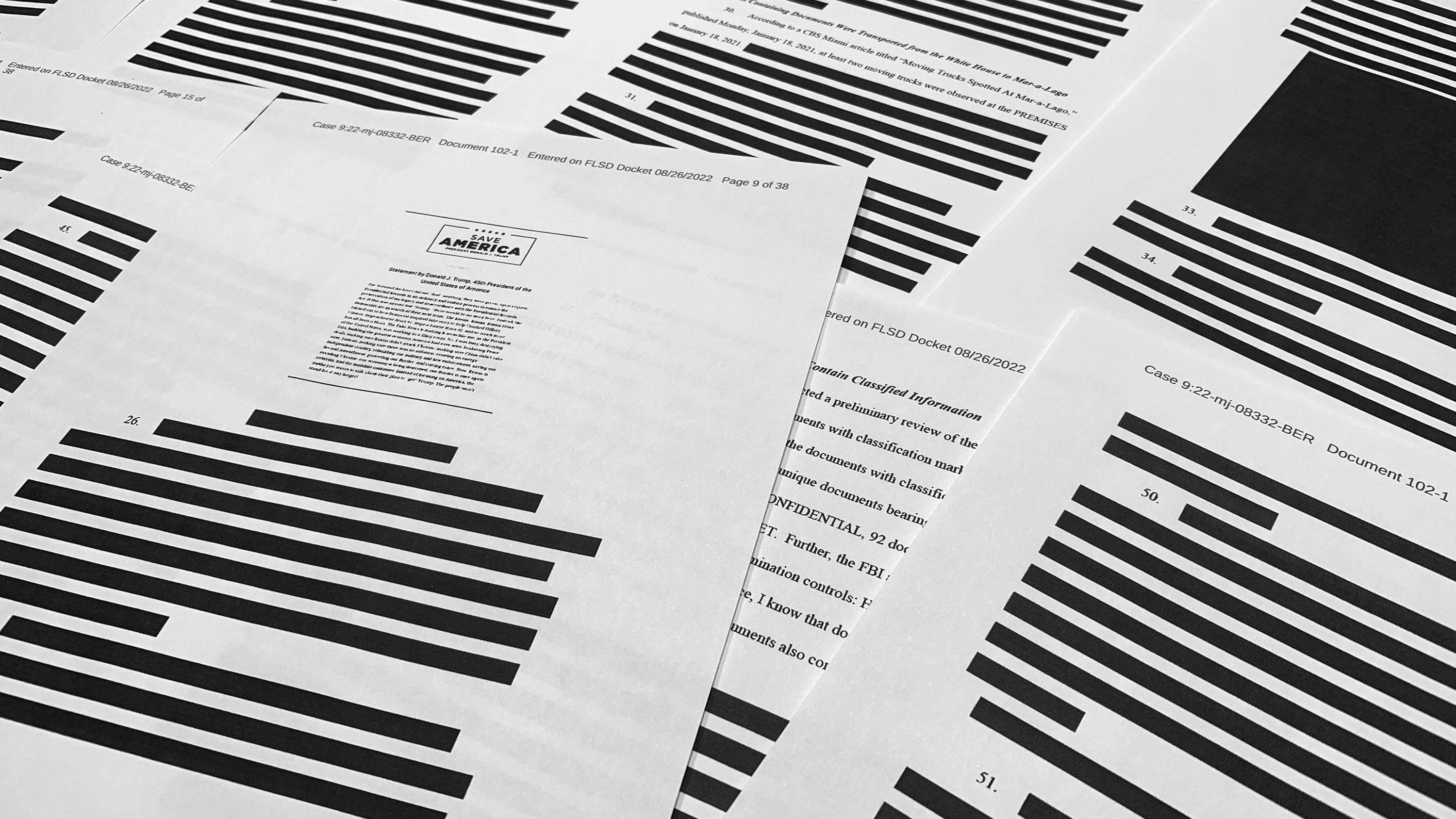 The Mar-a-Lago search warrant affidavit released Friday shows that federal investigators have addressed the question of the president’s authority to declassify documents, although much of that portion has been redacted.

The affidavit said former President Trump’s lawyer asked the Justice Department to “consider certain ‘principles,'” including claims that the president “has absolute authority to declassify documents.”

The affidavit also cites the claims of former Trump national security aide Kash Patel, who was named in the National Archives in June as one of Trump’s appointees. The investigator who wrote the affidavit on a May Article From the right-wing website Breitbart, in which Patel claimed that the National Archives found classified material at Mar-a-Lago was “misleading” because Trump had classified the material.

The rest of the affidavit, however, is classified, so it’s unclear why federal investigators quoted Patel’s comments.

Since the FBI’s discovery, Trump has pointed to a January 19, 2021 memo in which he declassified documents related to the FBI’s Russia investigation. However, there is no evidence that the material was what the FBI was looking for when it searched Mar-a-Lago earlier this month.