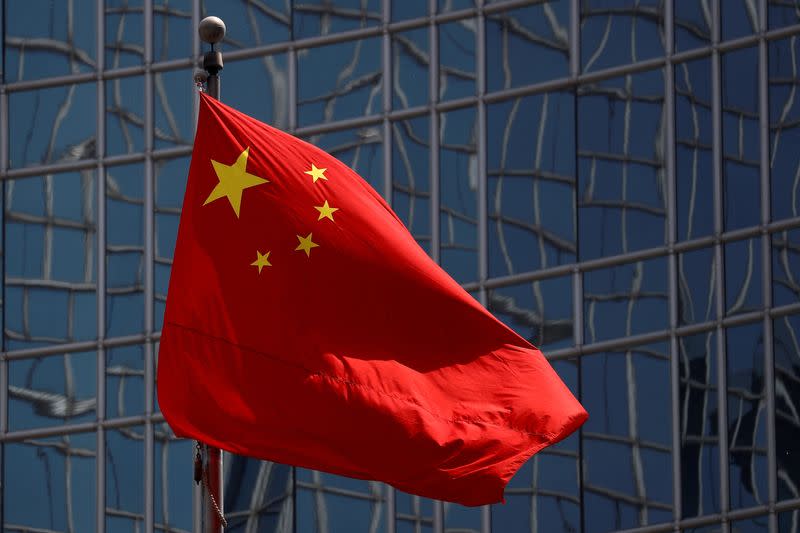 VILNIUS (Reuters) – Latvia and Estonia withdrew on Thursday from the Cooperation Group between China and a dozen Central and Eastern European countries, following in the footsteps of Baltic neighbor Lithuania who withdrew last year.

The move comes amid Western criticism of China for increasing military pressure on democratically-ruled Taiwan, which China claims as its own territory, and Beijing’s strengthening of ties with Russia amid its invasion of Ukraine.

Relations between Lithuania and China soured after Taiwan was allowed to open a de facto embassy late last year.

Latvia’s foreign ministry said the country’s continued participation in China’s bloc “does not correspond to our strategic goals in the current international environment.”

In statements published Thursday, both Latvia and Estonia said they would continue to work toward “constructive and practical relations with China” while respecting the rules-based international order and human rights.

Estonia’s foreign ministry was not immediately available for further comment.

Chinese embassies in Riga, Latvia, and Tallinn, Estonia, did not immediately respond to requests for comment.

The Czech Republic’s foreign ministry said in May that promises of greater Chinese investment and mutually beneficial trade were not being fulfilled after calls in the country’s parliament to leave the bloc.