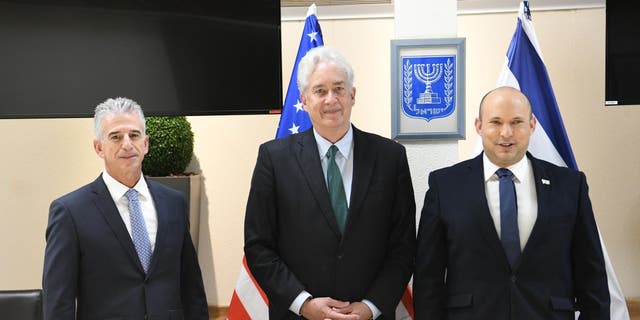 The head of Israel’s top intelligence agency has warned that the United States is “rushing” into a bad situation. Nuclear deal with Iran.

Mossad chief David Burnia said in a recent meeting that the United States was “rushing to a false deal,” The Times of Israel reported on Thursday.

Barnia was also quoted as saying the deal was “very bad for Israel” and “a strategic disaster”.

Barnia explained that the deal currently “licenses Iran to stockpile the nuclear material needed for a bomb” as well as provides financial benefits to Tehran that can help the country increase terrorism by proxy.

Kirby Pressed on Israel’s Concerns About Nuclear Deal, Biden Says ‘Understands’ But Plans to Move On

Iran says nuclear tests agreed to in 2015 deal will be allowed: ‘Not a word more’

Many Israeli leaders, past and present, have opposed the restoration of the Iran nuclear deal. The current prime minister this week urged President Joe Biden and Western powers to cancel talks with Iran on the issue.

Prime Minister of Israel Yair Lapid called the emerging agreement a “bad deal” and suggested that Biden had failed to honor the red lines he had previously promised to set.

“Western countries draw a red line, the Iranians ignore it and the red line moves forward,” Lapid told reporters at a news conference in Jerusalem. An emerging deal, Lapid said, “doesn’t meet the standards set by President Biden himself: preventing Iran from becoming a nuclear state.”

The Biden administration On Wednesday, Iran responded to a fresh offer to resume compliance with the 2015 nuclear deal, but neither side offered a definitive path to reviving the deal, which has been on life-support since former President Donald Trump withdrew in 2018.

“As you know, we received Iran’s comments through the EU on the EU’s proposed final text,” Price said. “Our review of those comments is now complete. We have responded to the EU today.”

The The White House Fox News Digital did not immediately respond to a request for comment.

White House spokesman told Fox News Digital Earlier this month, President Biden made it clear that he will not allow Iran to obtain a nuclear weapon, and that the best way to ensure this is through diplomacy.

The Associated Press contributed to this report

Andrew Mark Miller is a writer at Fox News. Find him on Twitter @andymarkmiller and email tips to [email protected]