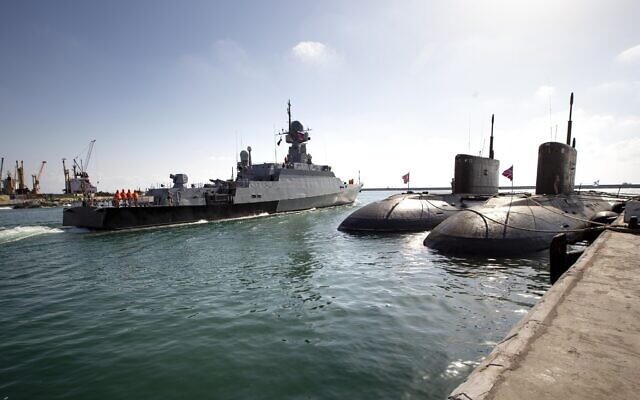 State-run SANA broadcaster had earlier said that an Israeli jet had fired missiles from neighboring Lebanon. Targeting Sites in Tartus and the outskirts of the capital, Damascus, killed three soldiers and wounded three others.

An Iranian base near the village of Abu Afsa, south of Tartus, was targeted along with nearby air defense systems and a radar station, a Syrian army official told Reuters on condition of anonymity.

Footage circulating on social media apparently showed a burning site in the Tartus area. SANA confirmed that there was a fire at the targeted site.

The port city is Russia’s only Mediterranean base, where its warships are docked. A Russian airbase is located in the coastal city of Latakia, about 70 kilometers north of Tartus.

Two Syrian military sources familiar with the region told the agency that the strikes near Damascus hit checkpoints run by the Lebanese Hezbollah terror group.

Israel has not acknowledged the specific strike in the enemy state and had no comment on Sunday’s report.

Hundreds of airstrikes have been carried out in Syria over the past decade, mostly to intercept attempts by Iranian forces to transfer weapons to Iran-backed Hezbollah or to gain a foothold on Israel’s northern border. 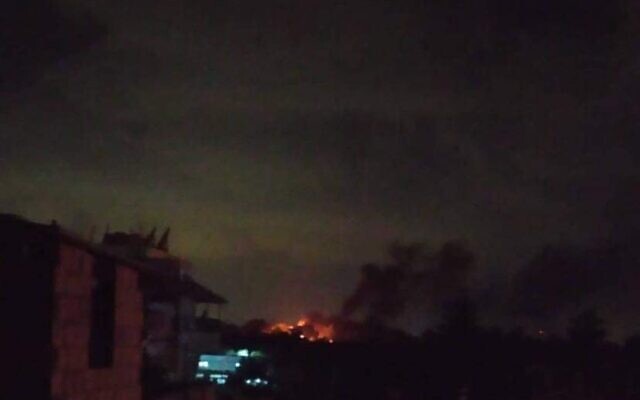 A fire is seen near the coastal city of Tartus after an Israeli airstrike on August 14, 2022. (Social Media)

Despite the deterioration of relations with Moscow in recent months, Israeli attacks on Russian-controlled Syrian airspace have continued.

Israel has found itself at odds with Russia, as the Jewish state increasingly supports Ukraine against Russian aggression, while trying to maintain freedom of movement in Syrian skies.