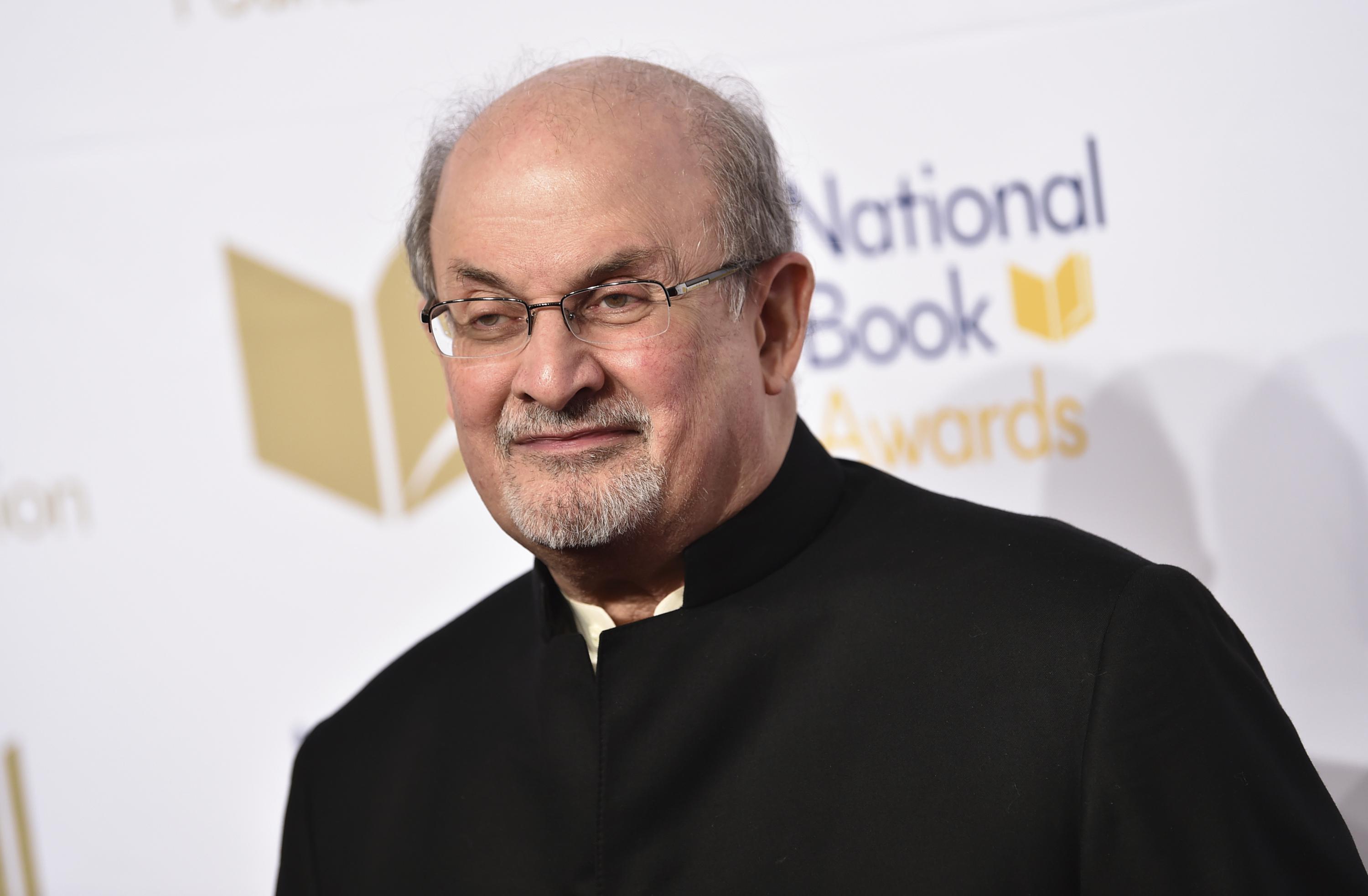 DUBAI, United Arab Emirates (AP) — An Iranian official denied on Monday that Tehran was involved in the stabbing of writer Salman Rushdie, although he sought to justify the attack in the Islamic Republic’s first public comments on the bloodshed.

Iran’s foreign ministry spokesman Nasser Kanani made the statement three days after Rushdi was injured in New York state. The author has been taken off a ventilator and is “on the road to recovery”. According to his agent.

Rushdie, 75, has faced death threats for more than 30 years for his novel “The Satanic Verses,” whose depiction of the Prophet Muhammad was seen by some Muslims as blasphemous.

In 1989, Iran’s supreme leader, Ayatollah Ruhollah Khomeini, issued a fatwa, or Islamic edict, calling for the author’s death, and while Iran has not focused on Rushdie in recent years, the edict still stands.

Also, a semi-official Iranian foundation posted a reward of more than $3 million for the author’s murder. He has not commented on the attack.

“Regarding the attack on Salman Rushdie in America, we do not consider anyone worthy of condemnation, blame or condemnation except himself (Rushdi) and his supporters,” Kanani said.

“In this regard, no one can blame the Islamic Republic of Iran,” he added. “We believe that the insult and the support it received is an insult to followers of all religions.”

Iran has denied carrying out other operations abroad against dissidents in the years since the country’s 1979 Islamic revolution, although prosecutors and Western governments have attributed such attacks to Tehran.

Rushdie was attacked on Friday while giving a lecture in Western New York. According to his agent Andrew Wylie, he suffered liver damage and severed nerves in his arm and eye. Rushdie is likely to lose his eye, Wylie said.

His alleged assailant, Hadi Matar, has pleaded not guilty to attempted murder and assault.

Matar, 24, was born in the US to parents who immigrated from Yaroun in southern Lebanon near the Israeli border, according to the village’s mayor.

Matar has lived with his mother in New Jersey in recent years, who London’s Daily Mail reported After a month-long trip to Lebanon in 2018, her son became moody and more religious.

“I was expecting him to come back motivated, finish school, get his degree and get a job. But instead he locked himself in the basement. He had changed so much, he didn’t say anything to me or his sisters for months,” Silvana Fardos said.

Village records in Yaroon show that Matar holds Lebanese citizenship and is Shiite, an official there said. The official, who spoke on condition of anonymity for security reasons, said Matar’s father lives there but has been in seclusion since the attack.

Flags of the Iranian-backed Shiite militant group Hezbollah, along with pictures of Hezbollah and Iranian leaders, hang throughout the village. Israel has bombed Hezbollah positions nearby in the past.

Police in New York have not offered a motive for the attack, although District Attorney Jason Schmidt mentioned a bounty on Rush. Arguing against bail during the weekend hearing.

“Although this court has set bail at a million dollars, we are at risk of getting bail,” Schmidt said.

In his comments on Monday, Kanani added that Iran had “no information other than what was reported by the American media.” He also taunted that Rushdie had launched an attack on himself.

“Salman Rushdie exposed the anger and rage of the people by insulting the sanctity of Islam and crossing the red line of more than 1.5 billion Muslims and followers of all divine religions,” Kanani said.

US Secretary of State Anthony Blinken condemned Iran in a statement on Monday, praising the author’s support for freedom of expression and religion, without directly blaming Tehran for the attack on Rushdie.

“Iranian state institutions have fomented violence against Rushdie for generations, and state-affiliated media have recently cheered the attempt on his life,” Blinken said. “It’s despicable.”

Fatwas can be rescinded, but Iran’s current supreme leader, Ayatollah Ali Khamenei, who took over after Khomeini’s death, did not. As recently as 2017, Khamenei said: “It is according to the order issued by Imam Khomeini.”

Tensions between Iran and the West have risen, especially since then-US President Donald Trump pulled the US out of Iran’s nuclear deal with world powers in 2018.

A top general in Iran’s Revolutionary Guard was killed in a drone strike ordered by Trump In 2020, they are increasing the tension.

Last week, the US charged a guard member with plotting to kill John Bolton, a one-time Trump adviser and Iran hawk, in absentia.. Former US Secretary of State Mike Pompeo and an aide are under 24-hour security due to alleged threats from Iran.

US prosecutors have also said that Iran tried to kidnap an Iranian opposition activist and author in 2021. Lives in New York. A man with an assault rifle was arrested near her home in recent days.