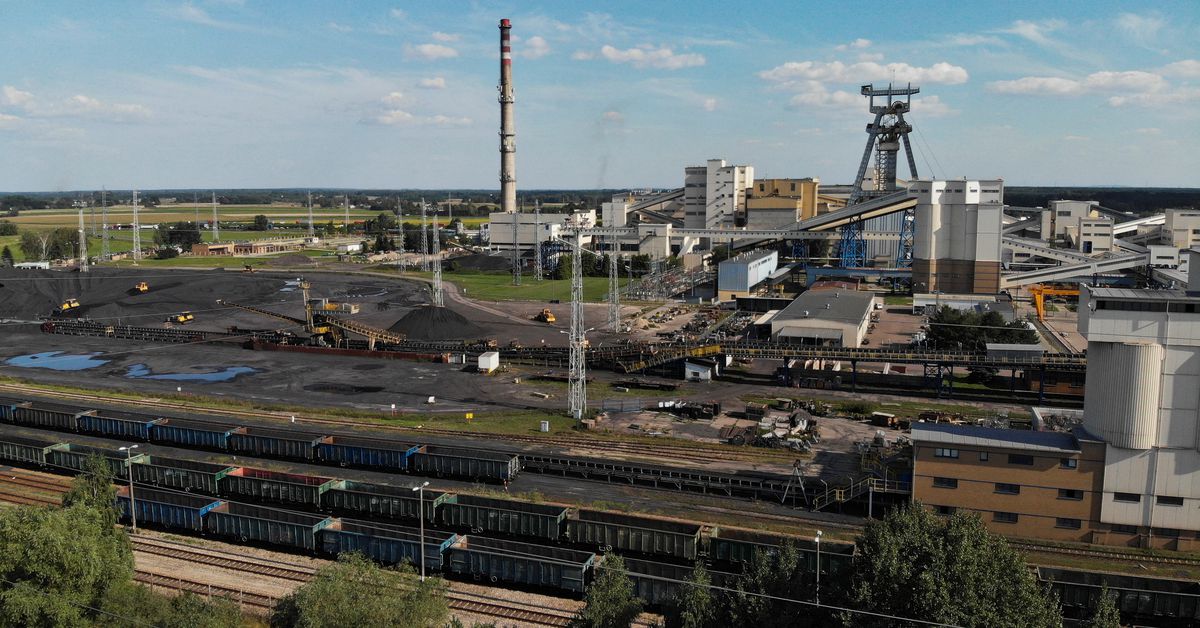 WARSAW/BOGDANKA, Aug 27 (Reuters) – Dozens of cars and trucks are lined up at the Bogdanka coal mine in Lublin, Poland, at the end of summer, as households terrified of winter shortages queue day and night to stock up on heating fuel. Reminiscent of the communist era.

Artur, 57, a pensioner, set out on Tuesday from Swidnik, about 30 km (18 miles) from the mine in eastern Poland, hoping to buy tons of coal for himself and his family.

“Toilets were installed today, but no running water,” he said, after three nights of sleeping in his little red hatchback amid a line of trucks, tractor towing trailers and private cars.

“It’s beyond imagination, people are sleeping in their cars. I remember the communist era but it didn’t occur to me that we could go back to something worse.”

Artur’s family is one of the 3.8 million people in Poland who depend on coal for heating and are facing shortages and price hikes after Poland and the European Union imposed embargoes on Russian coal following Moscow’s invasion of Ukraine in February.

Poland banned the purchases with immediate effect in April, while the bloc mandated their disappearance by August.

While Poland produces more than 50 million tons annually from its own mines, imported coal, much of it from Russia, is sold in Russian coal lumps, due to competitive prices and more suitable for domestic use.

Rising demand has forced Bogdanka and other state-controlled mines to sell rations or offer limited quantities of fuel to individual buyers through online platforms. Artur, who did not want to give his full name, said he had collected documents from his extended family hoping to pick up all the fuel allocations at once.

The mine planned to sell fuel for about 250 households on Friday and sales would continue over the weekend to reduce waiting times, Bogdanka mine spokeswoman Dorota Choma told Reuters.

The limits are in place to prevent hoarding and profiteering, or selling places in queues, Choma said.

Like all Polish coal mines, Bogdanka typically sells most of the coal it produces to power plants. Last year, it sold less than 1% of its output to individual customers so it lacks the logistics to sell fuel directly to retail buyers.

Lukasz Horbaz, head of the Polish Coal Merchants Chamber of Commerce, said the drop in Russian imports began in January when Moscow began using the railway tracks for military transport.

“But the main reason for the shortage is the immediate ban. This has turned the market upside down,” he told Reuters.

A spokesman for Weglocox, the state-owned coal trader, which had been tasked by the government with increasing imports from other countries, declined to comment, while the Meteorological Ministry was not available for comment. Government officials have repeatedly said that Poland has enough fuel to meet demand.

In recent years, Poland has been one of the most vocal critics of EU climate policy and a staunch defender of coal, which generates 80% of its electricity. But coal production is steadily declining due to the increase in the cost of deep level mining.

Coal consumption has remained mostly stable, leading to a gradual increase in imports. In 2021, Poland imported 12 million tons of coal, of which 8 million tons came from Russia and was used by domestic and small heating plants.

In July, Poland ordered two state-controlled companies to import several million tons of fuel from other sources, including Indonesia, Colombia and Africa, and introduced subsidies for homeowners who saw coal prices double or triple last winter.

“60% of people who use coal for heating could be affected by energy poverty,” Horbach said.

Back in Bogdanka, Piotr Maciejewski, 61, a local farmer who joined the queue on Tuesday, said he was prepared for a long wait.

“My tractor is lined up, I’m going home to sleep,” he said.