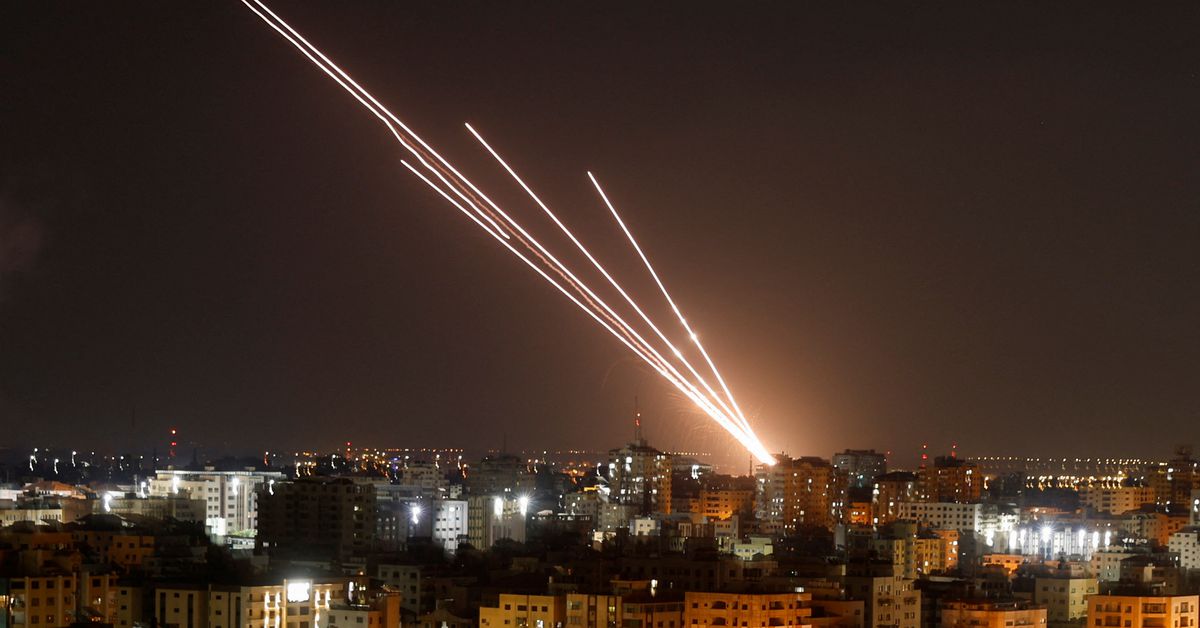 JERUSALEM, Aug 11 (Reuters) – As clean-up continues in Gaza since last weekend’s brief clash with Israel, another battle continues over which side suffered the casualties after what Israel said was an errant rocket from the Palestinian side that killed 15 people.

A fifth of the more than 1,000 rockets fired toward Israel failed, according to Israeli military officials, with many landing in Gaza where a third of the 44 were killed when Israeli jets pounded the narrow strip during a 56-hour battle. Strip.

The Israeli military supplied video and radar images showing an Islamic Jihad rocket taking off shortly after it was launched on Saturday, heading toward the ground where it said it killed five people, including four children.

Hamas, which controls the Gaza Strip, and Islamic Jihad, an Iran-backed terrorist group targeted by Israeli airstrikes, both denied the Israeli accounts and blamed Israel for all the deaths in Gaza. But a spokesman for Islamic Jihad said it was investigating.

“Israel initiated the military round and therefore takes responsibility for all the results of that military round,” spokesman Daoud Shehab said.

“We are investigating all reports and cases cited by media outlets,” he said. He added that some claims have already been proven false but did not elaborate.

“These are false and false accusations that Israel is making to avoid responsibility for the killing of civilians and children,” he said.

Hamas briefly issued an order instructing freelance journalists not to claim casualties from Palestinian rockets. That order was soon revoked.

In the Jabalya refugee camp in northern Gaza, damaged cars and buildings left little doubt about the power of the blasts that hit the area for the first time on Saturday, when many people were outside, enjoying the evening chill and power outages with lights and air conditioners off.

“Suddenly there was an explosion among the children and women on the street,” said Farid al-Khatib, whose son was injured in the blast.

Both Islamic Jihad and Hamas, which did not take part in the weekend fighting, have developed rockets with Iranian help but they are relatively crude equipment compared to the sophisticated weapons used by Israel.

Although more than 1,000 were launched in the direction of Israel, most were intercepted by Israel’s Iron Dome air defense system and caused no significant damage or loss of life.

In all, the Israeli military said at least three failed Islamic Jihad rockets, one in Jabalya, one in Beit Hanoun in northern Gaza, and one in Al Bureij in central Gaza, killed about 15 people before the Egyptian-forces battle ended late. sunday

US Ambassador to the United Nations Linda Thomas-Greenfield called for an investigation into the civilian casualties, saying: “We must refrain from jumping to conclusions until the facts are established”.

Many people on the ground in Jabal refused to pay the bills to Israel, which they insisted was responsible for the deaths.

“The martyrs in Jabalya camp, the disaster of Jabalya camp, was caused by the occupation,” said Mohammed al-Nairab, 38, who lost his sons Ahmed, 12, and Moammen, 6, in the bombing.

Others preferred to wait for the investigation.

“I don’t know if it was an Israeli strike or not. What happened was that a rocket fell and Israeli planes were in the sky,” Al-Khatib said.

“Whether it was an Arab rocket or an Israeli rocket, we don’t know,” he said. “We cannot judge. It should be done by the relevant parties, international organizations, human rights groups, they should come here and look and examine.”