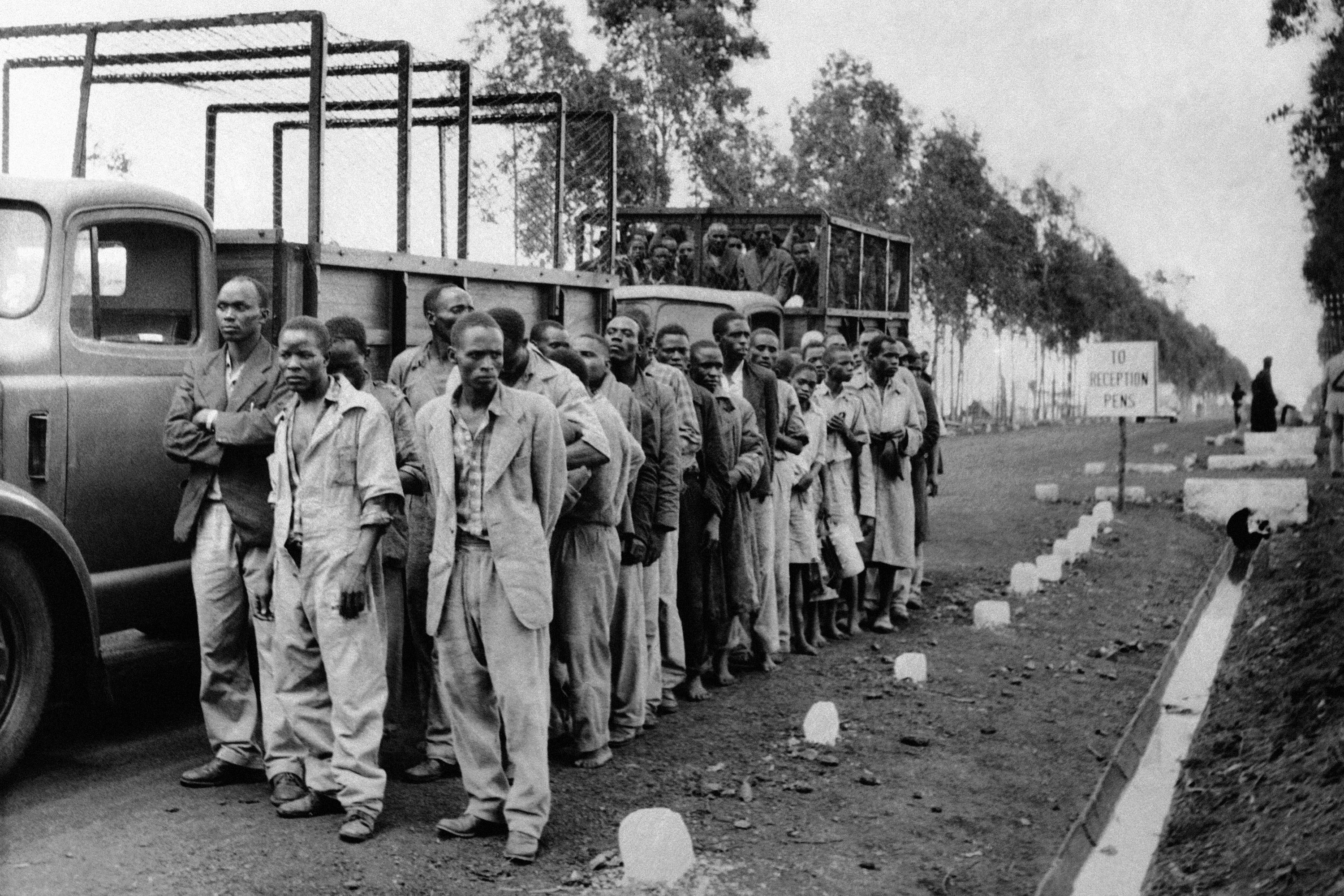 NAIROBI, Kenya (AP) — Upon ascending the throne in 1952, Queen Elizabeth II inherited millions of subjects from around the world, many of them unwilling. Today, in the former colonies of the British Empire, her death Brings complex emotions with anger.

Beyond official mourning praising the Queen’s longevity and service, there is some bitterness about the past in Africa, Asia, the Caribbean and elsewhere. From slavery in African schools to looted artefacts in British institutions, talk has turned to the legacy of colonialism.. For many, the Queen came to represent all of this during her seven decades on the throne.

In Kenya, where decades earlier a young Elizabeth learned of her father’s death and her formidable new role as queen, a lawyer named Alice Mugo shared online a photo of a vanishing document from 1956. Four years into the queen’s reign, she too became famous. In Britain’s harsh response to the Mau Mau rebellion against colonial rule.

“Movement Permitted,” the document says. More than 100,000 Kenyans were herded into camps in dire conditions, while others, like Mugo’s grandmother, were forced to request British permission to move from place to place.

“Most of our grandparents were abused,” Mugo tweeted hours after the queen’s death on Thursday. “I cannot mourn.”

But Kenya’s outgoing president, Uhuru Kenyatta, whose father, Jomo Kenyatta, was imprisoned during the Queen’s reign before becoming the country’s first president in 1964, like other African heads of state, has played down past problems. “One of the most iconic figures of the 20th and 21st centuries,” Uhuru Kenyatta called her.

“This commonwealth of nations, that wealth is England’s. That wealth is something that is never shared,” said Bert Samuels, a member of the National Council on Reparations in Jamaica.

Elizabeth’s reign saw hard-won independence for African countries from Ghana to Zimbabwe, along with a string of Caribbean islands and nations on the edge of the Arabian Peninsula.

Some historians see her as a monarch who helped oversee a peaceful transition from empire to commonwealth, a voluntary association of 56 nations with historical and linguistic ties. But she was also a symbol of a nation that often ran roughshod over the downtrodden.

Cyprus 1957 – Violence flares again as angry Turks avenge the killing of a Turkish policeman. Before British troops cleared the streets, they set seventy fires in the Greek section of Nicosia. (AP Video)

There was little sign of public grief or even interest in her death across the Middle East, where many still hold Britain responsible for the colonial activities that drew much of the region’s borders and laid the foundations for many of its modern conflicts. On Saturday, Gaza’s Hamas rulers called on King Charles III to “correct” the British mandate’s decisions that they oppressed Palestinians.

In ethnically divided Cyprus, many Greek Cypriots recalled the four-year guerilla campaign against the colonial regime in the late 1950s and the Queen’s indifference to the plight of nine people executed by British authorities.

Yiannis Spanos, president of the Association of National Organizations of Cypriot Fighters, said the queen was “held by many to be responsible” for the island’s tragedy.

Now, with her departure, there are renewed efforts to address or hide the colonial past.

India under the leadership of Prime Minister Narendra Modi is undergoing renovations to remove colonial names and symbols. The country has outpaced the British economy in size.

“I don’t think kings and queens have a place in today’s world, because we are the largest democratic country in the world,” said Dhiren Singh, a 57-year-old entrepreneur from New Delhi.

There was some sympathy for Elizabeth and the circumstances in which she was born and later.

India 1947 – In these rare portraits of the famous Hindu, Mahatma Gandhi offers his evening prayers, a regular feature of the holy man’s daily life. Hundreds of people come to watch and listen as he recites the holy book. (AP Video)

Max Kahindi, a resident of Kenya’s capital Nairobi, recalled the Mau Mau rebellion “with great bitterness” and recalled how some elders were detained or killed. But he said the Queen was “a very young woman” at the time and he believes someone may have been running British affairs.

Kahindi said, “We cannot blame the queen for all the suffering that happened at that particular time.

Ugandan political analyst Timothy Kaligira said some African countries have a long “spiritual connection” from the colonial experience to the Commonwealth. “It’s a sad moment, a nostalgic moment,” he said.

The Queen’s dignified personality and age, and the centrality of the English language in world affairs, are powerful enough to withstand some criticism, Kalegira added: “She is seen more as the mother of the world.”

Mixed views were also found in the Caribbean, where some countries are ousting the British monarch as their head of state.

“You have a contradictory consciousness,” said Maziki Thame, a senior lecturer in development studies at the University of the West Indies in Jamaica, whose prime minister made the announcement during his visit this year. Prince William, who is now heir to the throne, and Kate intend for the island to become fully independent.

The younger generation of the royal family appears to be more sensitive to the effects of colonialism, Thame said – during the visit, William expressed his “deep sorrow” over slavery.

Activist Nadine Spence said it was not surprising that older Jamaicans admired Elizabeth because she was presented by the British as “this benevolent queen who was always looking out for us”, but that young people were not afraid of the royal family.

“The only thing I notice about the Queen’s passing is that she died and never apologized for slavery,” Spence said. “She should have apologized.”

Associated Press reporters from around the world contributed to this report.

Follow AP stories on the death of Queen Elizabeth II and other stories about the British monarchy at https://apnews.com/hub/queen-elizabeth-ii