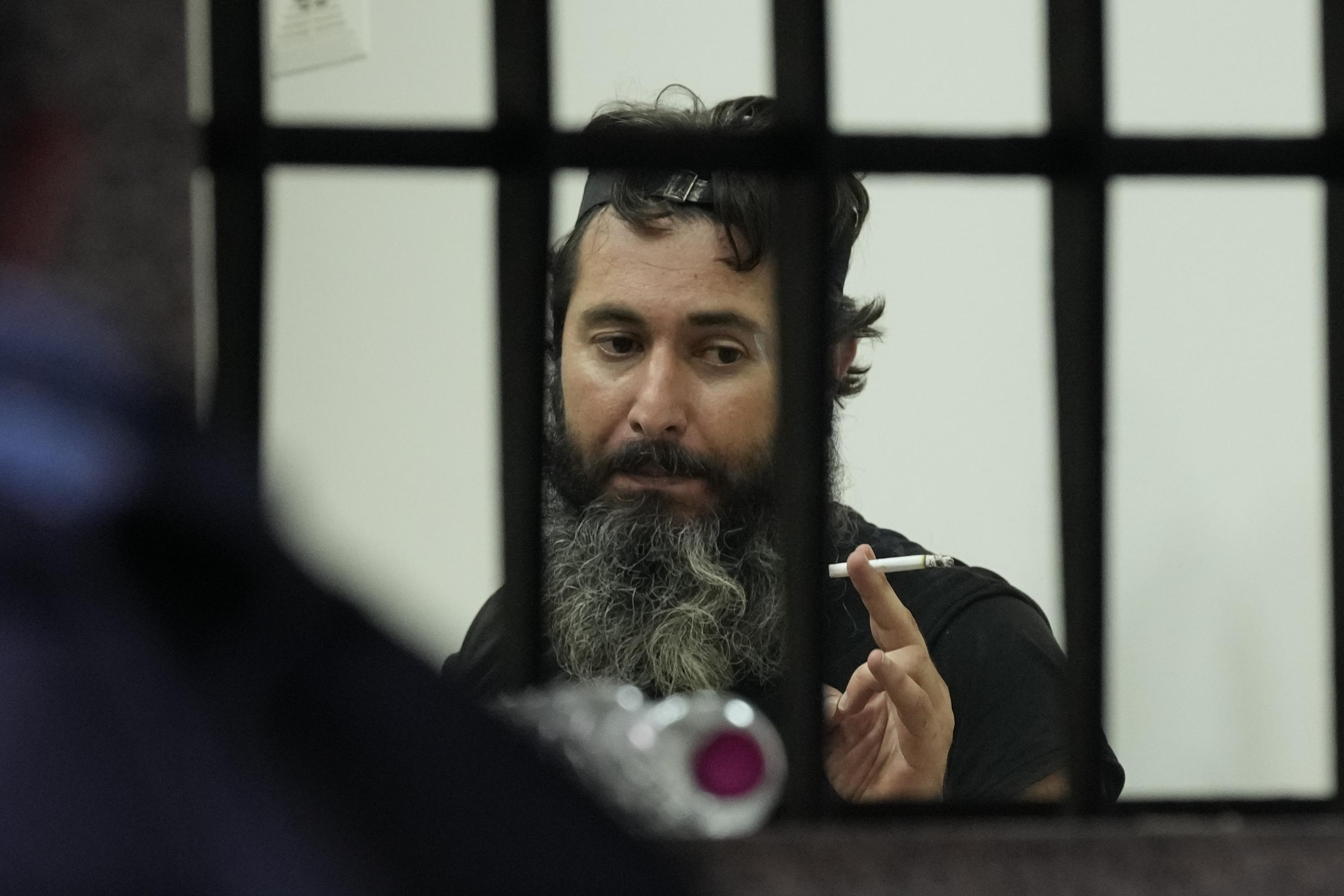 BEIRUT (AP) — A gunman who demanded a Beirut bank withdraw his stashed savings to pay his father’s medical bills took about 10 people hostage in a seven-hour standoff Thursday and surrendered in exchange for what the family’s lawyer said was $35,000. money

Bassam Al-Sheikh Hussain, a 42-year-old food-delivery driver, was quickly arrested and taken away by police as he exited the bank. No one was injured.

Hussein’s wife Mariam Chehadi, who was standing outside, told reporters that her husband “did what he had to do.”

The hostage drama in the city’s bustling Hamra district was the latest painful episode in Lebanon’s economic free-fall, now in its third year. Since 2019, cash-strapped banks in the country have imposed strict limits on foreign currency asset withdrawals, tying up the savings of millions of people.

Dozens of protesters gathered outside during the standoff, chanting slogans against the Lebanese government and banks, and hoping the gunman would get his money. Some viewers hailed him as a hero.

Authorities said Hussain entered the bank armed with a shotgun and a can of petrol, fired three warning shots and locked himself in with his hostages, threatening to set himself on fire if he was not allowed to withdraw money.

Hussain had $210,000 stuck in a federal bank and was struggling to withdraw money to pay his father’s medical bills and other expenses, according to family and others involved in the negotiations.

“My brother is not a cynic. He is a decent man. He takes whatever he takes from his own pocket to give to others,” Hussain’s brother Atef, standing outside the bank, said during the commotion.

After hours of negotiations, Hussain accepted the offer for part of his savings and the bank handed over $35,000 to his brother, according to Dina Abou Zour, a lawyer and activist representing the Hussain family.

Roy Madkaur, a lawyer for the federal bank, declined to discuss the terms of the negotiations, adding: “The matter is now with the judiciary and they will make a decision.”

Lebanese soldiers, officers of the country’s internal security forces and intelligence agents converged on the area during the standoff. George Al-Hajj, head of the Bank Employees Syndicate, told local media that seven or eight bank employees, including two customers, were taken hostage.

Lebanon is suffering from the worst economic crisis in its modern history. Three-quarters of the population has fallen into poverty and the Lebanese pound has depreciated more than 90% against the US dollar.

“What has led us to this situation is the state’s failure to address this financial crisis and the actions of the banks and the central bank, where people can only recover some of their own money as if it were a weekly allowance,” Abu Zour said. The Depositors’ Union was among the legal advocacy groups and protesters. “And that causes people to take matters into their own hands.”

In January, the owner of a coffee shop withdrew $50,000 he held in a bank in Lebanon after taking employees hostage and threatening to kill them.