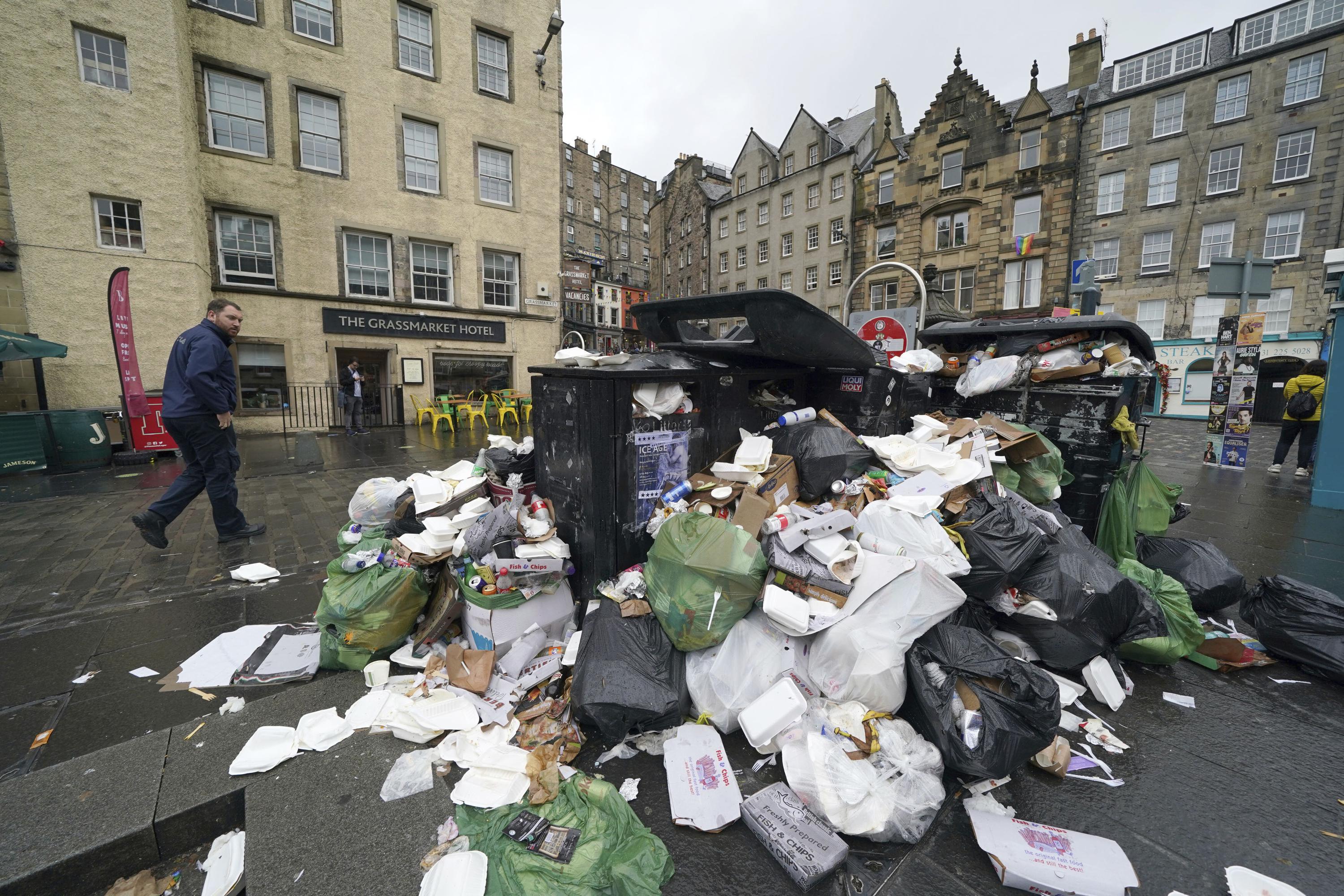 LONDON (AP) – Piles of foul-smelling garbage on the streets of Edinburgh are putting public health and safety at risk, the health authority warned Saturday, as a strike by waste collectors in the Scottish capital entered its ninth day.

The warning from Public Health Scotland comes as litter pickers in London’s Newham walk out for a week over a pay dispute.

Images of food waste and diapers rotting on the street are adding to scenes of chaos in the UK as industrial disputes escalate amid rising food and energy costs. Bathers in the UK were warned last week Dozens of beaches to stay away from as heavy rains wash raw sewage into rivers and seas.

Public Health Scotland told local authorities that “public places where bins have overflowed may need to be disinfected.” It warns that “organic waste, if generated, can be hazardous to human health.”

Garbage pickers plan to walk out on August 18 and stop work until August 30. If the salary dispute is not resolved, there will be more strikes.

Britain is facing a major cost of living crisis, the wage hike did not keep pace with inflation, which was 10.1% last week. Those financial challenges are only exacerbated by rising energy costs – officials say UK residents will see an 80% rise in their annual energy bills in October.

The country has seen waves of strikes this summer as public transport has come to a standstill Due to railway strike for several days. Primary schools and nurseries in Glasgow, Scotland’s biggest city, will be forced to close for several days next month if a strike by council workers goes ahead.

In London, waste drivers at Newham council began a week-long walkout on Saturday, with union officials warning there could be more. United union general secretary Sharon Graham said those workers were paid less than others in neighboring councils.

Britain’s image has been tarnished this summer. French MPs in the European Parliament complained this week that raw sewage flowing through Britain into rivers and seas threatens even bathing water.Fishing grounds and biodiversity in the European Union.

Parts of Britain’s sewage system have flooded after days of unseasonably heavy rain.

Follow all AP stories on the environment at https://apnews.com/hub/climate-and-environment.