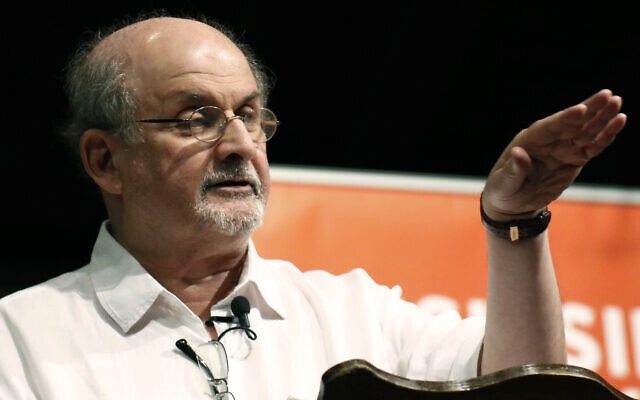 PARIS, France – French cartoon magazine Charlie Hebdo, whose 12 employees were shot dead in 2015 over cartoons about the Prophet Mohammed considered blasphemous by many Muslims, said Saturday that there was no justification for the stabbing of Salman Rushdie.

A British author who has been in hiding for years after an Iranian fatwa ordered his murder was on a ventilator Friday after a knife attack at a literary event in New York state.

Charlie Hebdo said, “Nothing supports the fatwa, the death penalty.

“As we write these lines we do not know the motive of the attacker”, it said, ironically speculating whether it was global warming, reduced purchasing power or the ban on watering potted plants during the current heat wave. .

The magazine’s managing editor, known as Rhys and a survivor of the 2015 attack, said Rushdie’s assailant was likely a practicing Muslim and condemned “small and medium spiritual heads who are intellectually void and culturally ignorant”.

The novel was considered by some Muslims to be disrespectful to Islam and the Prophet Mohammed.