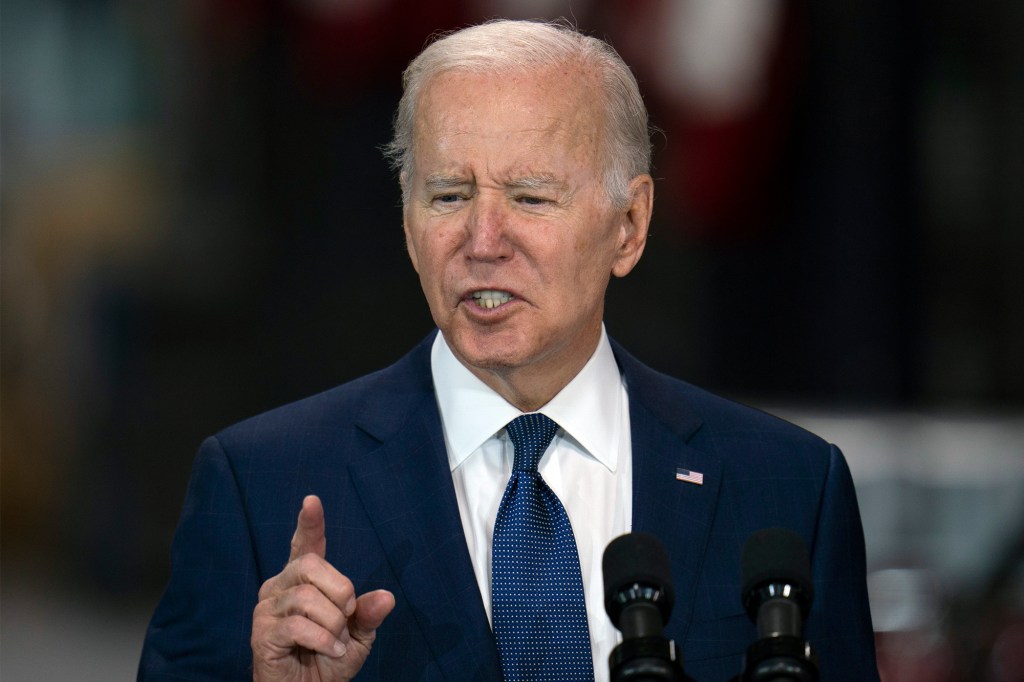 French President Emmanuel Macron slammed President Biden Invoking the possibility of nuclear “Armageddon”. And said his US counterpart should choose his words carefully.

“We must speak with discretion when commenting on such cases,” Macron told reporters at the European Union summit in Prague on Friday.

“I have always refused to engage in political speculation, and especially … when talking about nuclear weapons,” he added. “On this issue, we must be very careful.”

Vladimir Putin “wasn’t joking when he talked about it Use of strategic nuclear weapons Or biological or chemical weapons.” Biden said. “Not since Kennedy and the Cuban Missile Crisis have we faced the prospect of Armageddon.”

White House Press Secretary Karin Jean-Pierre Armageddon discussion tamped down Friday and instead sought to place the blame on Russia and Vladimir Putin — who has repeatedly raised the possibility of his country using its nuclear arsenal.

“Russia’s talk of using nuclear weapons is irresponsible and there is no way to use them without unintended consequences. It can’t be,” said Jean-Pierre.